Side One Dummy Records has signed singer-songwriter Audra Mae to an exclusive recording agreement. Her first offering for the label will be HAUNT, a five-song digital EP that will be available on Oct.20th. Her full-length debut album is expected in the early part of 2010.

On the heels of the EP’s release, Audra Mae will be featured on Chuck Ragan’s annual Revival Tour, beginning in Chicago on Oct. 25 and running through Orlando, FL on November 22. The tour hits Los Angeles on Nov. 7 at the El Rey Theater.

Audra Mae is currently working on her debut album with producer Ted Hutt (Flogging Molly, Gaslight Anthem, The Mighty Mighty Bosstones), which will be a stripped-down acoustic affair, spotlighting her voice and her songs. One of the first completed is “Sullivan’s Letter,” based on a note written by a Civil War soldier fighting in the first battle of Bull Run to his wife. She discovered it on the back of a piece of music she was given by her father.

Simply put, Audra Mae is a natural. Once the Oklahoma native opens her mouth and lets loose with that voice, pure and strong, with a hint of country twang and a twinkle of good humor, you realize this is what she’s meant to do; Stand in front of an audience and entertain, not just with her singing, but a distinctive songwriting voice, one that’s capable of relating fully developed characters and stories.

Growing up, show business has been in Audra Mae’s blood, performing in musical theater since the age of 4. She is the grand niece of JUDY GARLAND, her paternal grandmother turned her on to country and folk artists like Patsy Cline, Dolly Parton and Woody Guthrie, and her maternal grandfather introduced her to jazz.

Last year, the producers of the FX series Sons of Anarchy commissioned Audra Mae to do a cover of Bob Dylan’s “Forever Young” for the show. She recorded two versions, including one a cappella, which book-ended the series’ next-to-last show, causing an amazing run on her MySpace page when the episode aired. She has since recorded a version of Patti Griffin’s “Mary,” which will be featured in episode 10 of the show’s second season.

Gearing up for her first-ever national tour, Audra Mae has been working out material at a residency at the Vermont in Silver Lake, CA, where she has honed her craft before an ever increasing audience.

“It can be very lonely up there, just me and my acoustic guitar,” Audra says. “But once I get on-stage, the audience’s reaction takes over. I am so excited to hit the road, and do what I was put here to do.”

When you hear Audra Mae sing, you’ll realize how right she is. Audra will also be joining the annual REVIVAL TOUR this fall. Here are some of the dates: 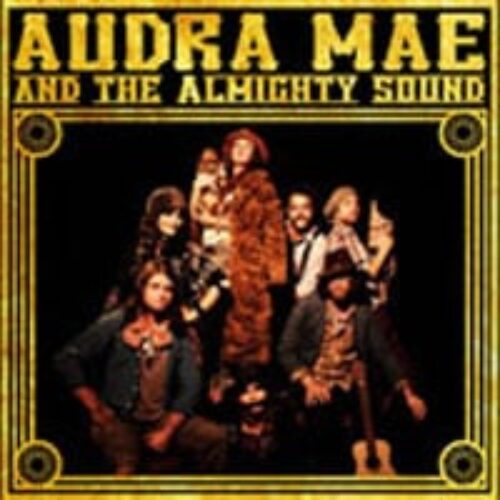