Comedian Bill Burr is releasing a vinyl album Live From Andrew’s House, recorded live at Burr’s legendary 2011 Carnegie Hall performance, on September 30th via Third Man Records. The vinyl will be available for pre-sale on September 16th at http://thirdmanstore.com and on sale everywhere records are sold on September 30th.

“As a stand-up comedian, to get to perform at Carnegie Hall is a milestone; so when I found out that I got that gig I knew I wanted to document the performance,” stated Burr. “Most of the material on this album is the same material that eventually became the special You People Are All The Same and I didn’t want to screw over people by putting out two DVD’s with similar material. So this is a special release of that performance that will be on vinyl only.”

Live At Andrew’s House was recorded at Carnegie Hall on November 11, 2011, four months before Burr taped his third hour-long special, You People Are All The Same, on March 3, 2012. The album gives fans the opportunity to experience a landmark performance in Burr’s career and the early workings of a set that became Burr’s critically-acclaimed third special.

Bill Burr is one of the top comedic voices of his generation achieving success in TV and film as well as the live stage. Selling out theaters internationally, Burr is a regular with Letterman, Conan O’Brien and Jimmy Fallon and his Monday Morning Podcast is one of the most downloaded comedy podcasts on iTunes. Burr’s fourth hour-long comedy special, I’m Sorry You Feel That Way, will premiere December 5 on Netflix. He will be seen alongside Kevin Costner in the upcoming film Black and White, and earlier this year he was seen alongside Elizabeth Banks in the film Walk of Shame. Burr guest starred in several episodes of Kroll Show on Comedy Central, was seen in the Paul Feig film, The Heat, alongside Sandra Bullock and Melissa McCarthy, and in the Al Pacino and Christopher Walken film Stand Up Guys. He received raves for his recurring role as “Kuby” on the hit AMC-TV show, Breaking Bad, and guest starred on Fox TV’s New Girl. His third hour-long special, You People Are All The Same, is available for download exclusively through his website and streaming on Netflix; his two critically acclaimed hour Comedy Central specials are available on Netflix and DVD. For more visit www.BillBurr.com and follow Burr on Twitter – @BillBurr.

The Live From Andrew’s House LP will be available for pre-sale September 16th at http://thirdmanstore.com, and everywhere records are sold on September 30th. 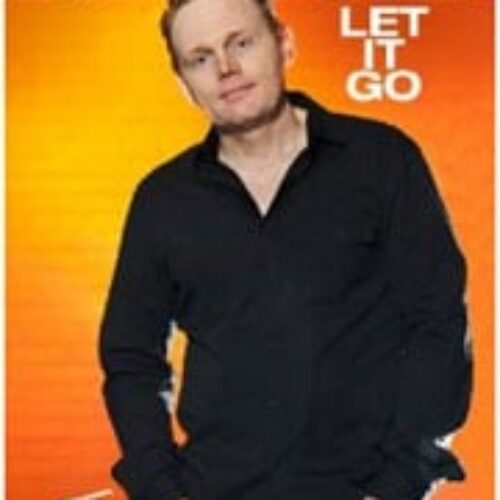