Former frontman, Jamie Woolford, of the awesome bands The Stereo and Animal Chin has a new solo album coming out January 15, 2013 via Get Well Records. He posted an album teaser and if you’ve been a fan of his in the past, you’ll enjoy this one (based on the teaser anyway). Correct me if I’m wrong, but doesn’t one of the tracks sound like Queen? “…Bismillah! We will not let you go! — Let him go!”

“The teaser is basically a dozen 15 second samples of each song so people get an idea of what the record is like,” he explains. “I feel like I’ve made my most ambitious record to date and hopefully this will showcase that. So much has changed since my last record, so we’re hoping to reach fans through social media more than anything else.”

Former frontman of such influential bands as Animal Chin, The Stereo and Let Go, Woolford adeptly explores the music that helped shape his seminal body of work in A Framed Life in Charming Light. From the waltzy opening track “Safe, Warm & Boring” to the breakneck alt-pop of “No Contact” to the metallic guitar attack of “Rock Beats Money” to the harmonic balladry of “Gravity”, Woolford all without losing its cohesiveness or its focus on Jamie’s songwriting.

In addition, Woolford has just launched his new website today as well for the album at http://aframedlifeincharminglight.com/. Featuring a countdown clock till release date, it also hosts a mysterious and enigmatic string of numbers – each numeral open a window whose contents will be revealed, disseminating information and announcements when the time is right. “Sometimes, promoting an album can be kind of predictable and we wanted to have a little fun with it this time,” he explains. “The website is kind of like a Christmas calendar with little goodies we give out every week for visiting the site. Hopefully, fans will appreciate the extra effort.”

A portion of the proceeds made from this album will be donated to The Polaris Project, an organization established to end human trafficking. A Framed Life in Charming Light will be released on January 15, 2013 on Get Well Records. It was written, performed, produced, engineered and mixed by Jamie Woolford. 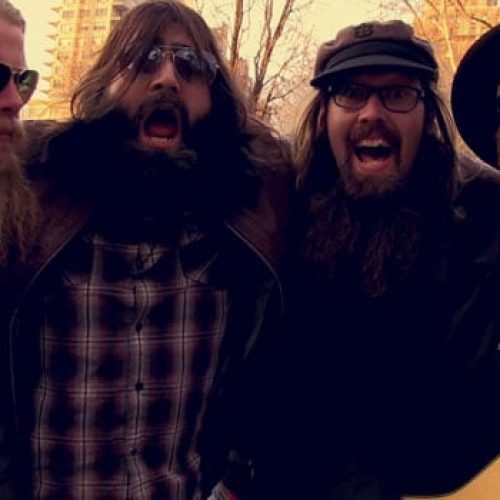 Audio: The Beards new album teaser for “The Beard Album”