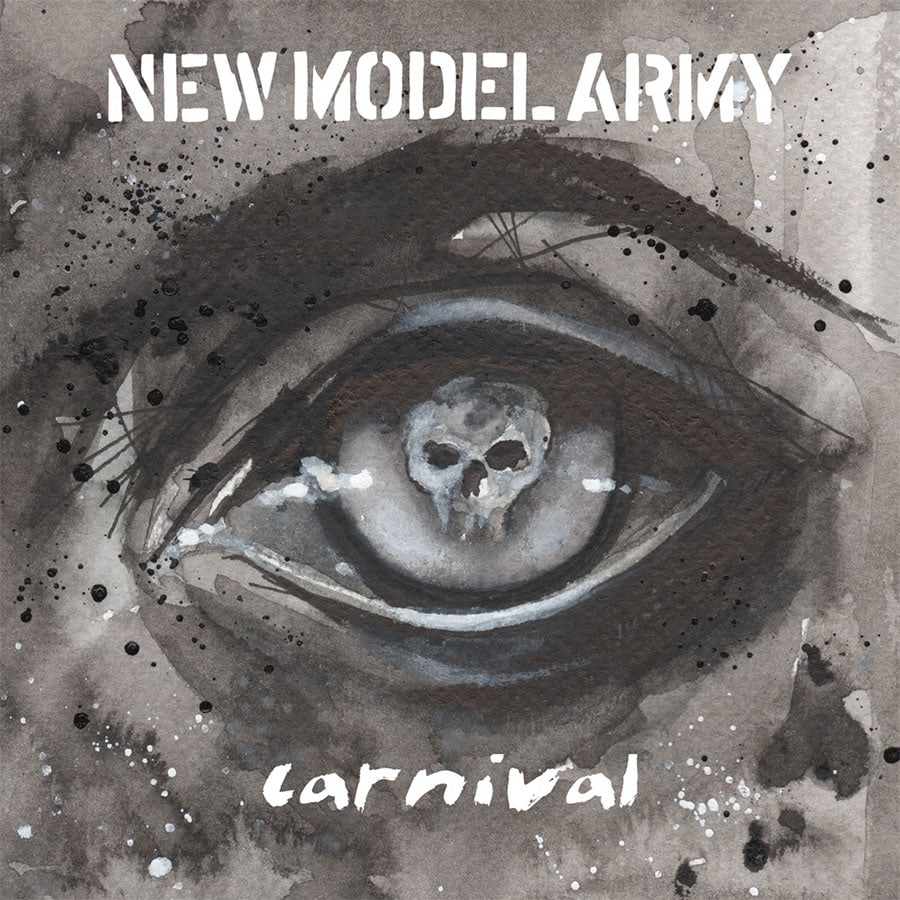 New Model Army are set to reissue their 2005 album “Carnival,” which was released 25 years into New Model Army’s career. It will be in stores/online on November 20th via earMUSIC. For the first time, the album will be available on vinyl as well, including 4 bonus tracks.

“In the long history of New Model Army, it is the albums made between 2000-2009 that are usually the least feted,” says band leader Justin Sullivan. “It was a strange period for us. Partly we were finding our feet after the departure (and later passing) of Robert (Heaton) and still absorbing the lessons of the long, costly, and less than satisfying Strange Brotherhood era of the mid ’90s. Eight (released in 2000) was a simple reaction to the latter, a ‘primitive’ album, really just a set of demos, put together quickly by Michael (Dean), Dean (White) and myself. Carnival was a different kind of project, ambitiously conceived as a swirling, eclectic fairground of sound as my new creative partnership with Michael began to develop, and with an endless stream of ideas from Nelson, Dean and Dave (Blomberg) being thrown into the mix.”

“We perhaps chose the wrong producer in Chris Tsangarides, who was not cut out to control and steer the chaos around him, and things were made more complicated by the frequent absence of Nelson and Dave, who was in the process of leaving the band for family reasons. We always felt that this was the one album where the recording, mixing, and mastering didn’t bring the end result close to what we had originally intended. So, when earMUSIC declared their interest in licensing and reissuing the album, we discovered four associated tracks —B-sides and unreleased songs —to add to it and saw an opportunity to ‘reimagine’ the album as a whole.”

The band found all the original recordings and gave them to Lee Smith, co-producer and mixer of their recent albums, including last year’s From Here, which was their highest charting album ever, in both Germany and the UK.

Ultimately, Carnival has been reborn with a sound that is far sharper and more powerful and cohesive than the original.

The album will become available on November 20 as a Limited CD Hardcover Media Book Edition, as well as on vinyl for the first time ever as a Strictly Limited Heavyweight Double LP Gatefold Edition on White Vinyl.