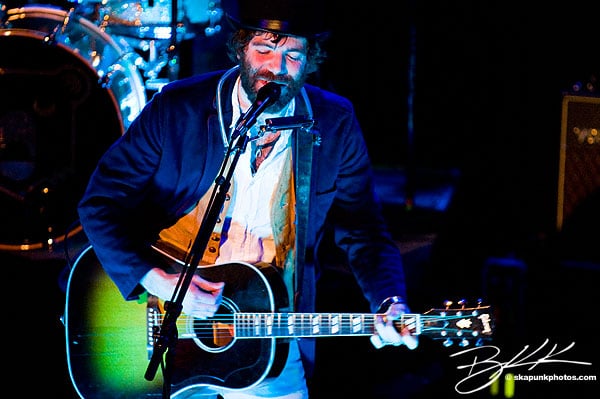 Stephen Kellogg chose to title the album Gift Horse for a clear cut thematic reason. “There’s the old saying, ‘Don’t look a gift horse in the mouth,’” Kellogg says, “which translated as showing appreciation for what you have.’ That’s exactly what this record’s about – appreciation that I have a job right now in 2011, with all that’s going on economically in our country; appreciation for my family, because there’s nothing that I value more; and appreciation of America in general.”

Nowhere is this theme more apparent than on the first single and opening track, “Gravity.” Kellogg writes, “Gravity you’re knocking me out/ You’re shakin’ me up till I twist and I shout/ Oh, Gravity it’s okay in the clouds/ But I love it right here with my feet on the ground.”

With Gift Horse Stephen Kellogg and The Sixers make a bold statement with a simple message. If you are ready to embrace the core values of life wrapped in timeless rock & roll then this is the record you’ve been waiting for.

Stephen Kellogg and The Sixers – Boys Only (Plus Girls) Tour