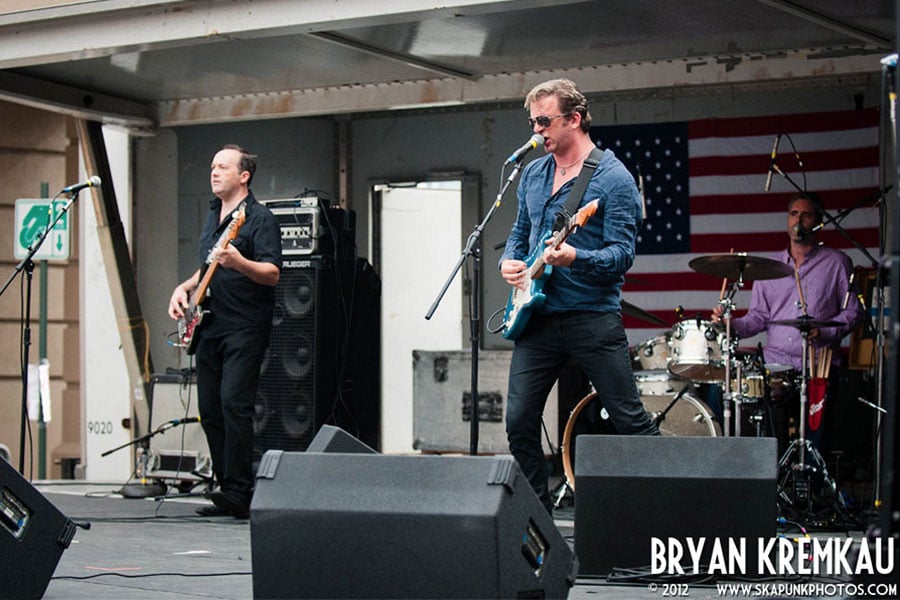 The Push Stars never broke up but seeing the band play these days is a rare event. Chris Trapper, Ryan MacMillan and Dan McLoughlin of the Push Stars will be playing at Foodstock 9 at The Chance in Poughkeepsie, NY on December 3rd. If you’re a fan of the band, now’s a good chance to see them perform again! Not sure if they are playing any other shows or any other shows in the NY area.

Foodstock 9 is to help out the Foodstock Fund, a charity that helped to feed neighbors around the holidays and all year long. The fundraiser has raised over $35,000 and thousands of cans of food….100% of the proceeds from the fundraisers and raffles go to assist local food based charities such as Food Bank of the Hudson Valley, Dutchess Outreach, and The Children’s Home of Poughkeepsie.

The bands playings Foodstock 9 include:

Tickets are now on sale and about $20 before fees.

Here are some videos of the Push Stars: