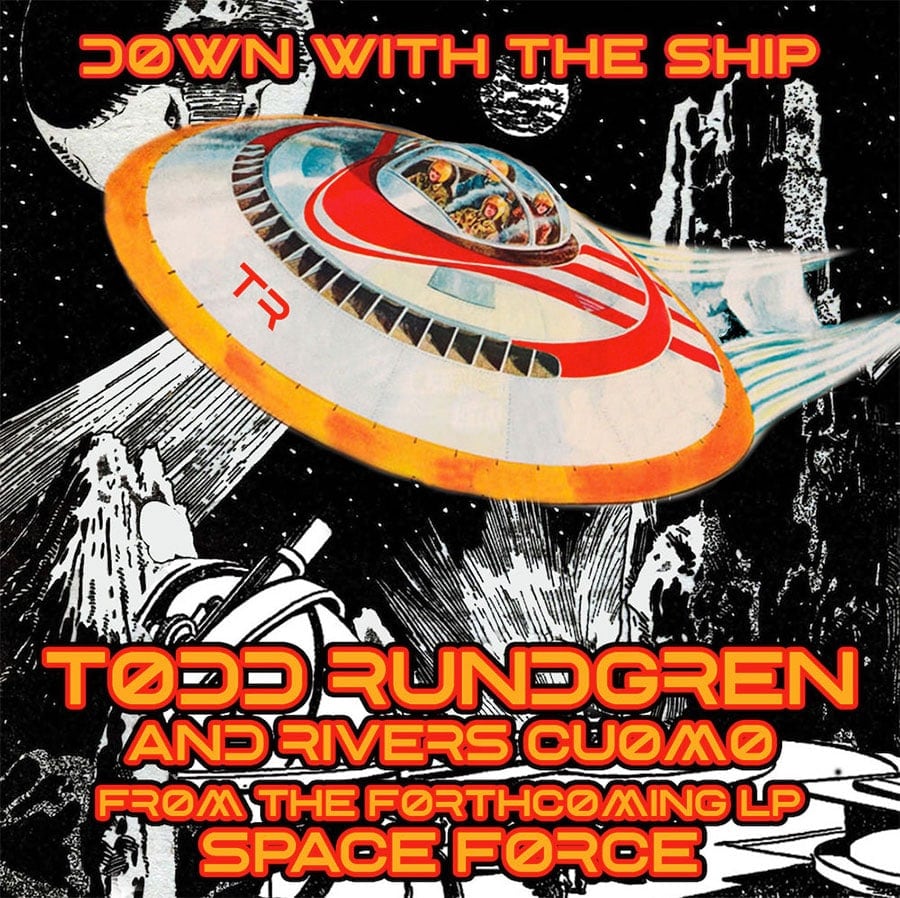 Todd Rundgren, musician and pioneer of progressive rock along with Rivers Cuomo of pop rock band Weezer have combined their musical talent and collaborated on a new single, “Down with The Ship.”

It’s a roots based sound that bares much resemblance or similarity to an instrumental that could have very well been played by The Skatalites, the first ska band, that’s because it has, with a modified excerpt of The Skatalites tune Dick Tracy. The track then progresses with an inclination towards the later development of the Jamaican music that was to become reggae with the use of toasting, the Jamaican vocal tradition of chatting over rhythm. It’s a well thought out composition that is a surprise choice of direction in music for either Rundgren or Cuomo both of whom share writing credit as well as lend their voices to.

“Down With The Ship” is an interesting track and the second of monthly digitally released songs from Rundgren’s upcoming album Space Force. Following the premiere of these individual releases, the album is planned to be released in full by the start of next year.

Check out this new single here: