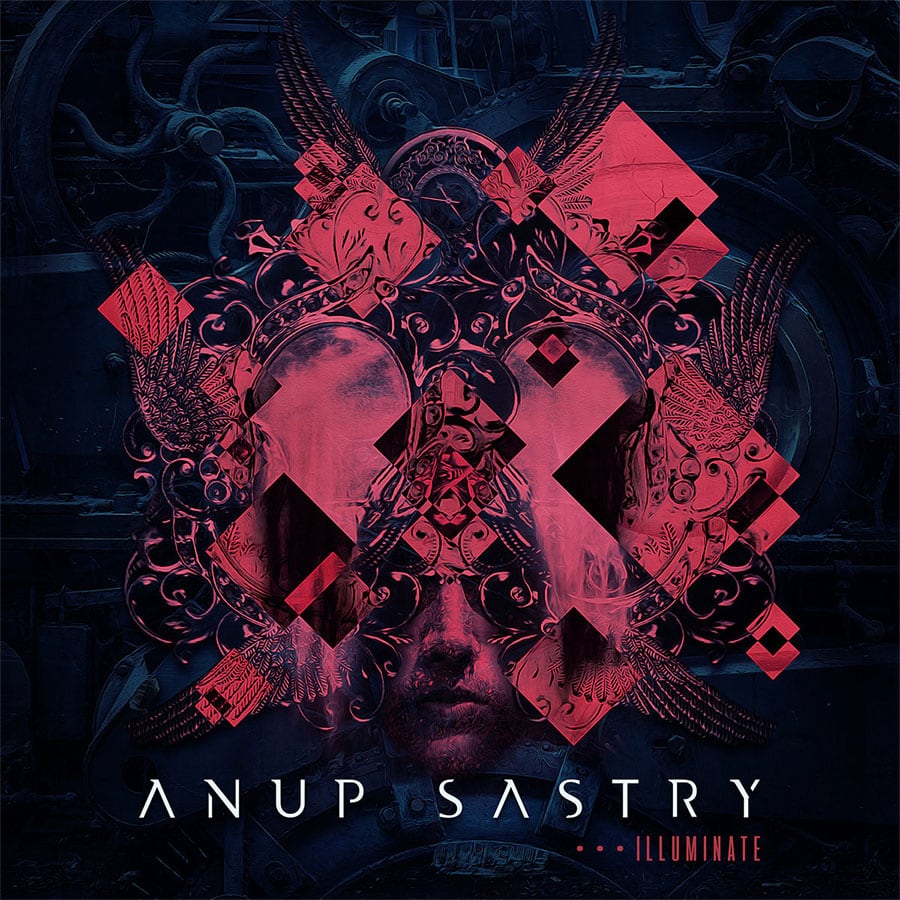 Brace yourself for something different as Anup Sastry unleashes another solo EP where the drums are real and the guitars are not. Let’s explain a bit to those who might not quite understand the technique of making a record in the modern age. Most records you hear nowadays either have a live drummer playing with his hits replaced, either for lack of consistency or for more clarity and a tighter consistent sound on the production/engineering side. Obviously there is a bit of dishonesty in that, with some producers either blending live/sampled hits or just replacing them entirely with say Vinnie Paul or Tommy Lee’s hits. Maybe there’s no drummer at all and it’s all programmed thanks to programs like Superior Drummer. Here we get something kind of comically flipped, the drums are live, but the guitars are programmed! It sounds like something a listener should be mad about but instead it creates a more unique recording as you’re hearing what a drummer thinks the guitars should do to his patterns.

Anup Sastry is a great drummer, and this EP is his brainchild. First time I saw him was with Intervals, then went onto quiet the studio/live guest spot career, playing on albums by masters like Marty Friedman, Devin Townsend and more. I knew when I first saw him in Intervals he was a drummer to keep an eye on. This EP is a bit different in a sense, he employed multiple guest vocalists on the songs such as Chaney Crabb, Andy Cizek, Mike Zimesky, as well as a guest solo and probably the only real guitar playing on the EP with Adam Bentley.

The EP starts out with the instrumental track “Origin,” which serves as a great intro to get you ready to dive in for the rest of what you’re about to hear. “This World” features Chaney Crabb delivering punishingly heavy guttural vocals, and her growling away is a great way to kick off the EP. Andy Cizek appears 3 times on this EP, and while some fans of this Progressive/Djent genre might like this pop vocal, I wasn’t particularly feeling it’s almost auto tuned feel; just a little too poppy for my tastes. It should be mentioned over the 3 songs Andy does switch it up to diversify his style a bit, so if you’re a fan of his, you’ll get to see some different shades of his.

Throwing back to his time in Intervals, bassist turned vocalist Mike Semesky guests on the title track which might be the most radio friendly of the bunch, and possibly the best song on the album. Adam Bentley’s guitar solo is a pretty cool addition to “Counting Eyes”; which features a very heavy yet melodic riff that passes by with a great atmospheric feel. The EP also features instrumental versions of the vocal tracks if you either weren’t a fan of the vocals or just want to hear it like the other EPs.

Overall I don’t feel this is the strongest in his series of EPs, however, it’s a really great set of EP’s and I’d recommend checking them out if you’re into Perphery, Intervals, Monuments, etc.

Notable Tracks: Behind The Mask, Illuminate, This World
Overall Rating: