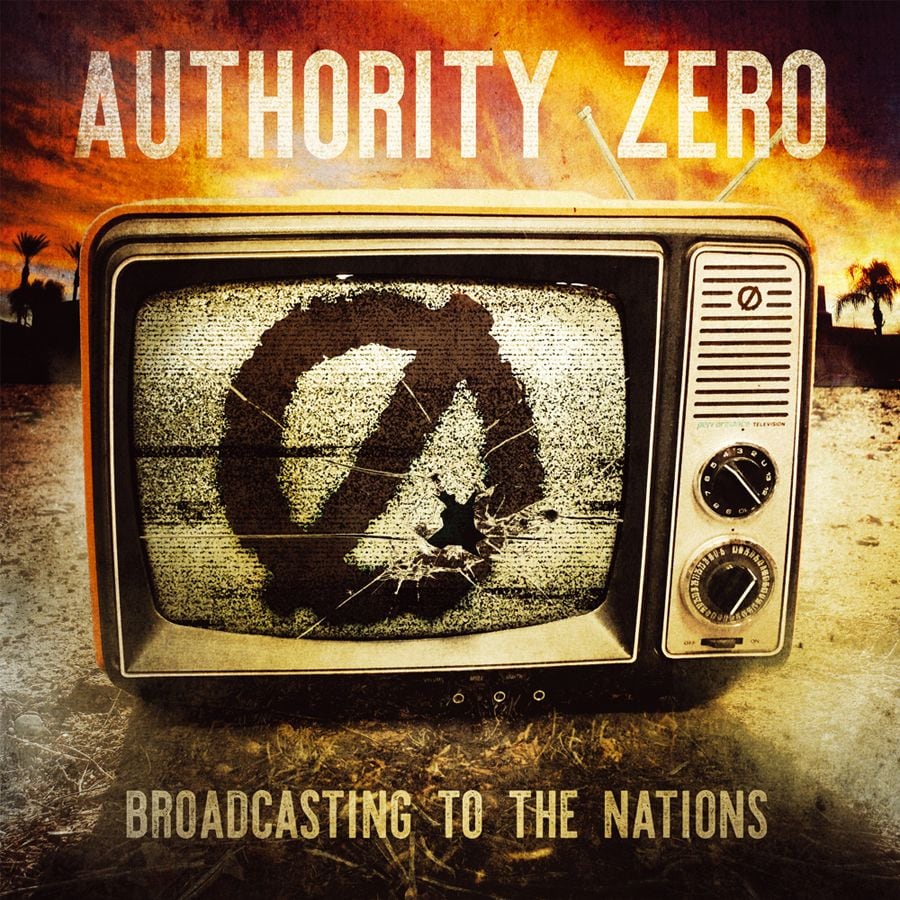 “Broadcasting To The Nations” finds Mesa, Arizona punkers Authority Zero marking their sixth full-length album and a return to their ska and reggae roots. Don’t worry punk fans…there’s still plenty of AZ-style punk to be heard.

Starting out with a mixed bag of sounds from ska, punk and reggae, over the years Authority Zero’s sound has shifted gears towards a melodic punk rock sound similar to that of Bad Religion and Pennywise. The band’s last release “The Tipping Point” was a straightforward punk rock album that didn’t slow down until the last notes of the last song were echoing in your ears. “Broadcasting To The Nations” finds the band digging out their moonstompers and pork pie hats once again to bring a melding of their first album, “A Passage In Time” with “The Tipping Point”.

“Broadcasting…” starts off with a handful of pit starters including one aptly titled “First One In The Pit”…a two minute long punk epic. “Reconciliation” and “Destiny and Demise” bring the modern Authority Zero flavor along for the ride with some strong punk selections but the fourth song on the album is where things start to change. The title track kicks in with some furious ska upstrokes and then kicks into one of the fastest AZ ska songs since “Solitude”. It’s not just a reggae influenced track, it’s a full blown ska punk song. “Summer Sickness” follows that up with a slower reggae vibe that sounds like it came right off of “A Passage In Time”.

Throughout the rest of the course of “Broadcasting To The Nations” you’ll find the band alternating between punk rock, reggae and ska. “La Diabla” brings a Mexican punk reggae flavor from the “Andiamo” era, “When We Ruled The World” is a great guitar driven sing-a-long punk anthem and “No Guts No Glory” brings the album to a close with a furious punk track reminiscent of “Stories Of Survival”.

My introduction to Authority Zero was an advance promo copy of “A Passage In Time” shortly before its release. That album has remained my favorite from their catalog because of the seamless way that the band managed to meld melodic hardcore, punk rock, ska and reggae. While the bands’ musical direction has changed over the years, “Broadcasting To The Nations” is a welcomed trip back to the bands’ ska and reggae roots. I’m not sure if this will be a turn off to fans that have grown accustomed to their punk sound of recent years, but for us old third wavers and rudies, we’re glad to have our old friend back in town even if I may only be for a short time.