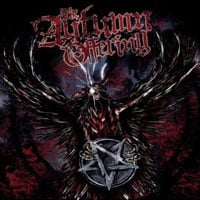 Autumn Offering is a death metal/noise band, or I should re-phrase that since the band just broke up last month. They WERE a death metal band. While some might be upset over that, let’s just say I’m not.

I don’t care for death metal and think it’s too noisy for me. I like classic heavy metal and hardcore, but it’s something about death metal that turns me off. I just think I’m getting too old to listen to this stuff. The vocals are irritating, but the rest of the band sounds fine. Occasionally they will sing like a screamo band, but for the most part it’s straight up roaring/screaming/screeching. This band broke up but I suppose if you like Autumn Offering, you can listen to their albums over and over. To me, I think that would be torture.