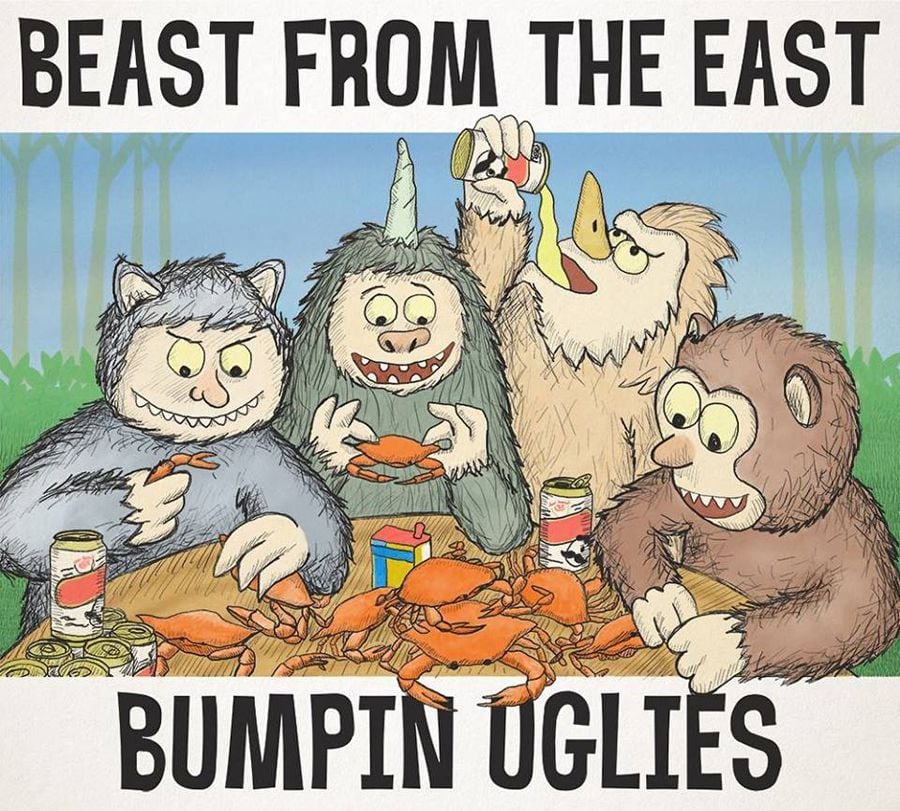 The Uglies from the east are back with an aptly titled album “Beast From the East” on the newly launched Space Duck Records.

Whereas on their last album, the Bumpin Uglies went full-on ska punk, “Beast From The East” finds the band shattering genre concepts with some reggae, ska and hip-hop taking center stage this time around. These elements have been mixed in with the Bumpin Uglies sound in the past but songs like “Hard Liquor” and “Radio” have heavy roots in 90s rap and will have you summoning your inner Dre. “Bud Tender” brings some dancehall flavor to their sound while “Crazy” keeps their third wave ska roots pickin’ it up.

When listening to the overall sound of “Beast From the East”, the Uglies have decided to slow thing downs this time around and focus on some great storytelling and songwriting no matter what the genre is that’s backing them. “City By the Bay” is a beautiful acoustic/reggae track that reminisces about how it used to be and how it is in your hometown now. Everyone can relate to how life changes as you get older and how you long for those fleeting moments of your youth.

“The Waiting Game” is one of the most straightforward reggae songs that the band has ever done and is a lesson on just getting by in life and not letting go of what you got. “Apathy” continues the slower pace with a mixture of reggae, hard rock and hip-hop about the state of the world today that reminds me of “Ghetto Defendant” by the Clash in a weird way.

What I’ve always liked about the Bumpin Uglies is that they’ve never labeled themselves by any particular musical genre. “Beast From the East” feels like the band wanted to experiment with whatever was on their mind and in their hearts…and that’s what they played. The album doesn’t suffer from musical schizophrenia but instead flows together as a natural progression and evolution of their sound. That’s not to say that for their next album they won’t pull out a post-punk prog rock sound or go total thrash metal but that’s what’s so fun about the Bumpin Uglies…you never know what to expect next.

Bottom Line: “Beast From the East” turns the dial slightly down a notch to give you an album that is more laid back and hip-hop and reggae-centric all the while taking you on an introspective musical journey.
Notable Tracks: City By the Bay, Crazy, The Waiting Game, Bud Tender, Could’ve Been Great, Radio
Overall Rating: