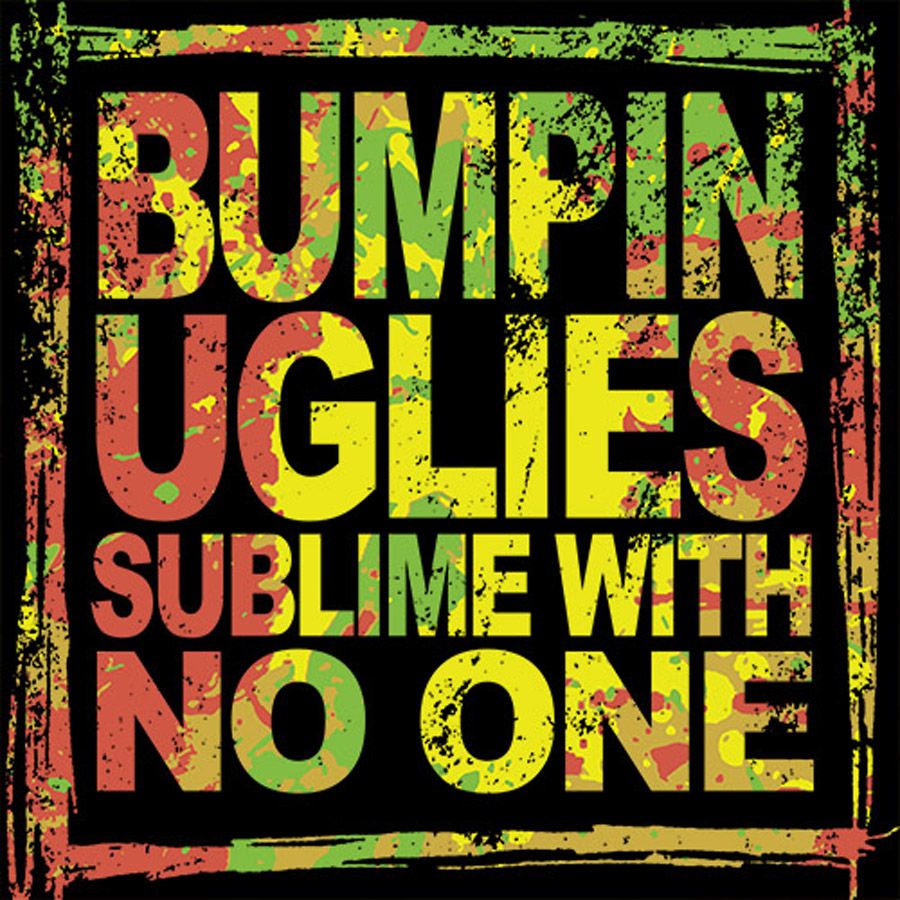 I’ve been digging the Bumpin’ Uglies since seeing them in concert earlier this year with the Bastard Suns. They’ve been continuing to put out music via Bandcamp in the form of EPs ever since then with “Sublime With No One” being the second one released since May.

The Bumpin’ Uglies have a reggae rock sound that is somewhat similar to fellow Maryland reggae rockers Ballyhoo! but with more of a ska influence. Vocalist/guitarist Brandon Hardesty has a very unique sound to his vocals and it’s one of the things that distinguish the Uglies from other bands.

“Sublime With No One”…which is obviously a jab at Sublime With Rome, comes complete with a Bad Religion tribute cover and five songs overall. “Warning”, the first track on the EP is heavy on the ska riffs and has a punk backbone. “Social Ladders” follows up with a reggae song that has a slick reappearing guitar groove and tells the story of never escaping social tropes. “Nostalgia” is a heavier reggae influenced track that has some classic Sublime-esque guitar licks throughout as well as a good introduction to the rhythm section of the Bumpin’ Uglies. “Maturity” is a song that I would consider captures what the Bumpin’ Uglies do best. It has some great vocal parts, lots of rock/ska/punk switch ups and some horns wailing in the background. The final song on the EP is simply titled “Fuck It” and is more of a bluesy jam song and is a fitting way to end the EP. So fuck it!

I would have to say that, for an EP, “Sublime With No One” is a pretty strong showing for the Bumpin’ Uglies. Having caught up with their back catalog, one thing that is for sure is that they play whatever style that they want to and they do it on their dime and their time. They aren’t trying to produce slick radio friendly reggae rock and they don’t stray into the Sublime copycat niche. They just have their own sound and that’s what I like about them most.

If you’ve never had the chance to give the Bumpin’ Uglies a listen, check out their Bandcamp page where you can find some of their music at a “name your price” price point as well as their full lengths as a reasonable price. Come on and join the Ugly Army!

Bottom Line: A solid five song EP for fans of ska/reggae/rock that may be looking for some variety within that genre.
Notable Tracks: Warning, Social Ladders, Nostalgia
Overall Rating: