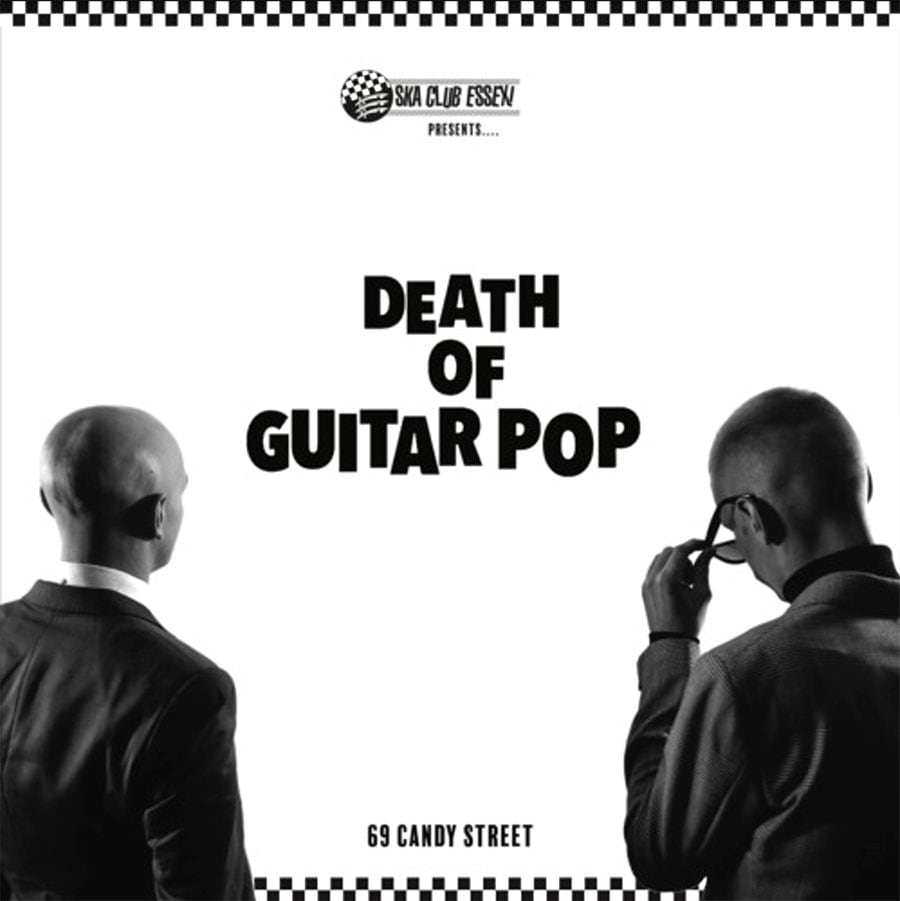 One of my favorite ska albums of the year is from this new UK ska band called Death of Guitar Pop. Mixing 2-tone ska and Brit pop proves to be a winning combo!

Death of Guitar Pop got Neville Staple of The Specials to sing on their track “Suburban Ska Club,” which is the second track on this album. It’s the first song I heard since I saw the music video for it. If you can get Neville to sing on one of your tracks, you know you got to give this band some attention. That’s exactly what caught my attention! The opening track and title of the album, 69 Candy Street, is a fun one and quite danceable. A bit of Madness, a bit of Blur, a little bit of something new. I love it and it’s my favorite track on the album.

The ska is bouncy and fun, and I haven’t heard a ska album that makes me want to dance as much as this one this year. The vocals are interesting, they sort of sound like the Neil Tennant from Pet Shop Boys, Gary Numan and I suppose Suggs from Madness? But that’s coming from American so I’m sure Brits will say I don’t know accents and they would be right. Regardless of what type of sound the singer has, I like it and it fits with the style of the ska they are playing.

The band covers The Melodians’ “Sweet Sensation” and is a stand out. The rocksteady / reggae tune breaks up the ska a little bit. “Song About My Bird” is a catchy ska tune, and I particularly like the horns and the keys in the chorus. I like this one the best after the first two tracks.

Towards the end of the album, they mix things up a bit with a sing-along acoustic Britpop style song (“Messheads”), a punk song (“About a Boxer”) and another slow-ish acoustic song “I Don’t Believe in Magic Anymore.” While I don’t mind those songs, I think the album would have been really tight if they kept those tracks off or used for a separate EP. With that said, this is an awesome debut and I can’t wait to hear more from Death of Guitar Pop.