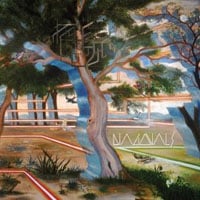 Psych rock can suffer when it’s pretentiously introverted.  Diagonals benefit by not being trapped in their own head – in fact, their “heady” music is nicely poppy and expansive, with driving guitars and impossibly bright hooks.


The vocals are flat and tone deaf, but not entirely unsuccessful given the gloomy, reverby delivery.  And, somehow, the vocals work well with the jangly guitars and snappy drums, and form something reminiscent of both New Romantic new wave and proto-indie.

Diagonals might not be the psych or doom band they hoped to be, but they’ve accomplished something better – a mix of The Church and REM.