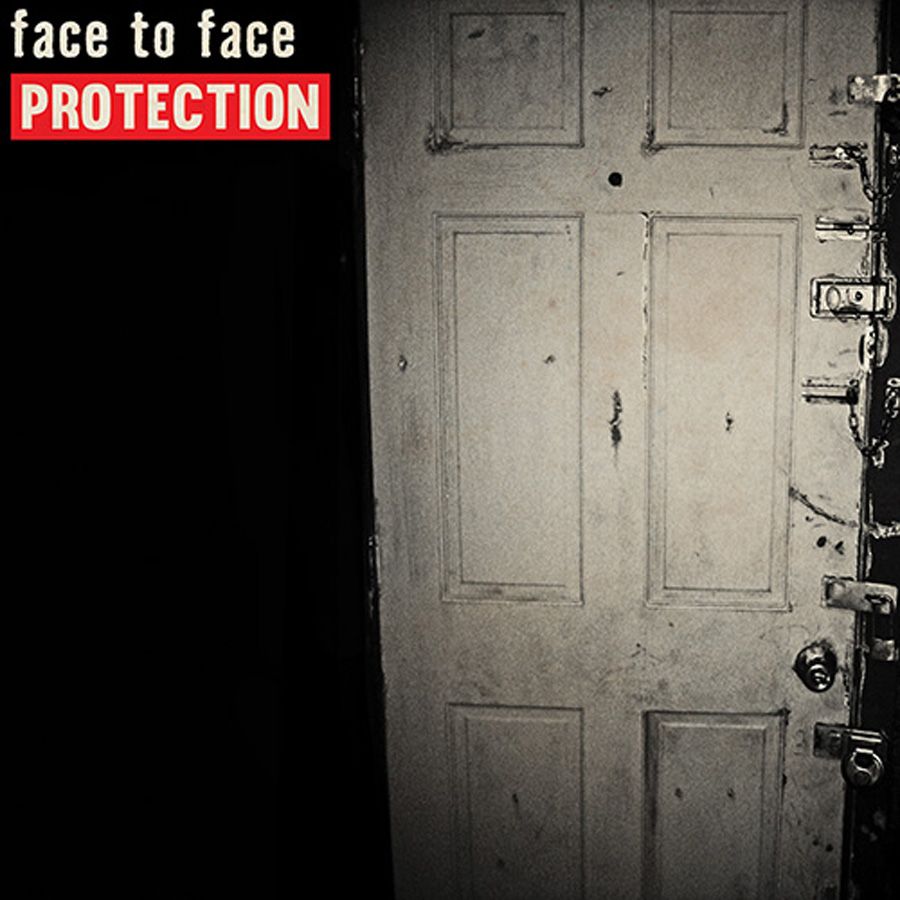 It has only been three years since Face to Face released their last studio album, 2013’s “Three Chords and a Half Truth”, but since then the band have signed to seminal punk label Fat Wreck Chords. “Protection” is the band’s first album on Fat Wreck Chords (not counting the re-release of “Don’t Turn Away”) and their ninth studio album.

I really don’t know what to say about Face to Face that hasn’t been said a million times over. They have a knack for writing catchy melodic punk rock songs, a penchant for touring year round, an uncanny ability to create punk albums that are used as prototypes for the next generation of punk bands…etc. What I must say is that, even after twenty five years in the business, they haven’t missed a beat. Not a single damn one.

“Protection” carries over from “Three Chords…” with the band’s familiar sound ripping through 11 more punk gems. There are sing-a-long punk anthems, some catchy mosh-a-long diddys and of course poignant songwriting that has always been a staple of the band, now viewed through the eyes of veteran punkers that have seen the best and worst of people and of society. There’s the positivity of “Keep Your Chin Up”, taking a stand for what you believe with “Say What You Want” as well as a statement on the obsession of the rich and famous with “Fourteen Fifty-Nine”. Top that off with an energy and emotion that would have you think that Face to Face were a bunch of early twenty-somethings and you’ll have yourself the best album from the band in years.

Even though the band has continued to release great material since their reformation a few years ago, “Protection” has a sound and feel to it that is unlike anything Face to Face has done in quite some time. Putting nostalgia aside, “Protection” is reminiscent of something that you would hear from the years after “Big Choice”. It’s as if they have found a punk rock fountain of youth on this album and that is most definitely a good thing for the rest of us.

Bottom Line: Much like with the release of the last 7 Seconds album, Face to Face have went back to their roots and produced a new album that is raw and energetic and bursting with all of the things that made them important to the punk rock scene.
Notable Tracks: Keep Your Chin Up, Say What You Want, Bent But Not Broken, Double Crossed
Overall Rating: