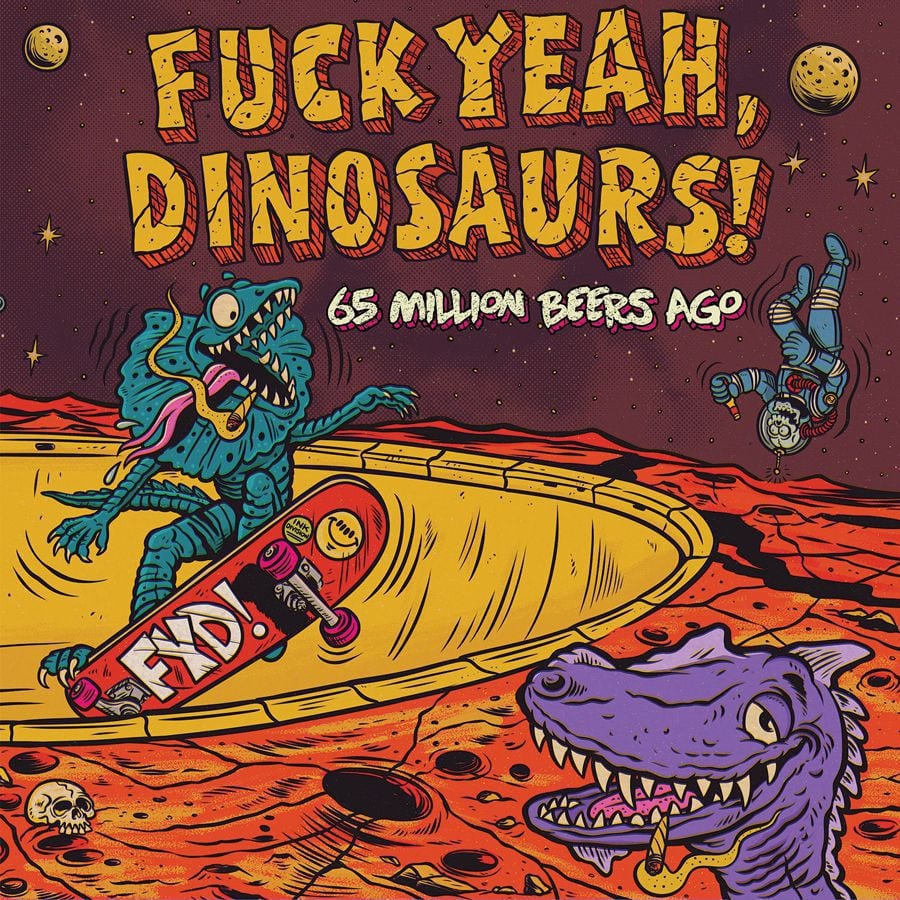 Fuck Yeah, Dinosaurs! are set to release their sophomore album “65 Million Beers Ago” and it is exactly what you would expect from the dinopunk genre.

“65 Million Beers Ago” consists of 10 songs of pure dinosaur euphoria. There are songs about the hardest working dinosaur role model that is definitely not the mama…Earl Sinclair as well as the band’s take on the events of “Jurassic Park”, dino skateboarding in undersized skate parks and the horrific display of dinosaur remains that humans justify as science and history for snot-nosed brats.

The album is a fun catalog of punk rock songs with a unique theme that is legitimized by excellent song-writing and musical craftsmanship. FYD!’s sound reminds me of the Dead Kennedys meets Against All Authority meets the 90s Fat Wreck Chord sounds. The punk rock is raw, fast and furious and FYD! are not afraid to mix in some hardcore and ska punk to keep things even more interesting than they already are.

Whether you’re a dinosaur sympathizer, dinosaur supporter or a dinosaur yourself and you like a good old fashioned dose of in-your-face punk rock…”65 Million Beers Ago” will surely become the soundtrack of your summer. Dino-mosh pits here I come!!!

Bottom Line: Dino-themed punk rock that has resurfaced from the Squirrel Hill tar pits. The sound is fresh once again and no extinction-level event can stop Fuck Yeah, Dinosaurs! this time!!!
Notable Tracks: Earl Sinclair (What A Guy), Intergalactic Reptile Shredders, Critique of the Human Experience, Museum
Overall Rating: