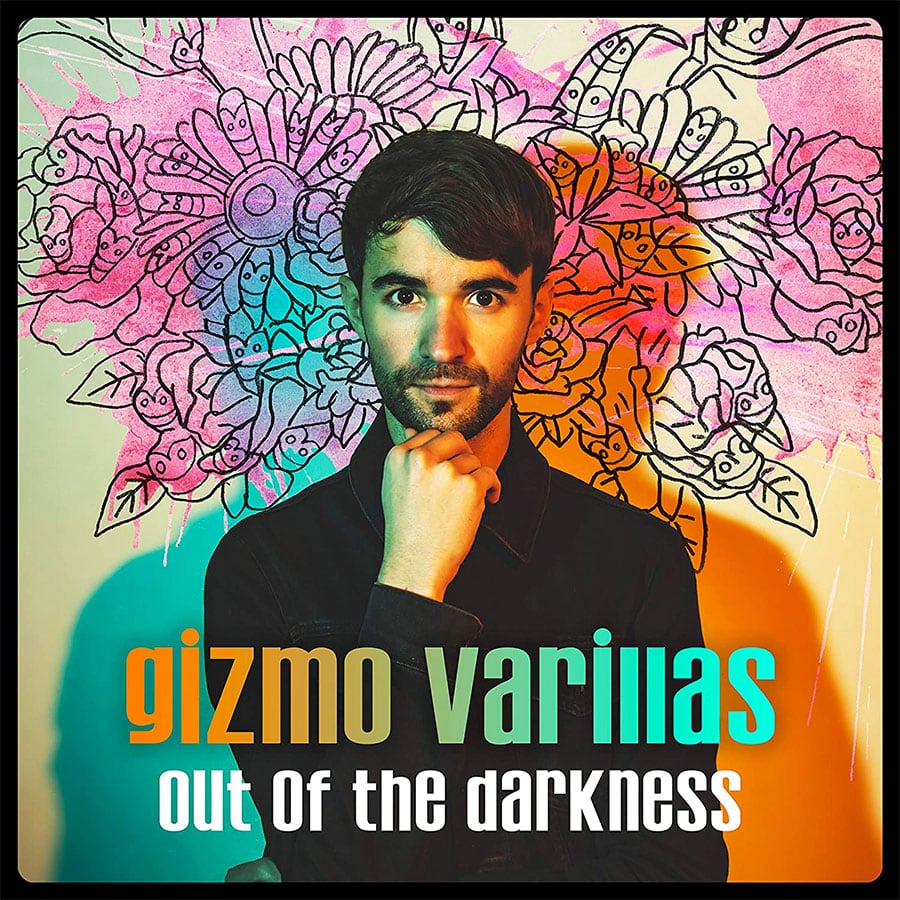 Do you ever find a song that you like so much that you have to listen to it everyday? That was the case with Gizmo Varillas’ new album ‘Out Of The Darkness.’

I’ve never heard of singer/songwriter Gizmo Varillas but with his 3rd album, I’m finding myself going back and listening to his first two albums now. His style is a bit of a mixture of a variety of styles from all over. One song might be more of a Spanish flavor (he was born in Spain but lives in London), another one might be straight up pop music. Gizmo has gone from playing multiple instruments to having guest musicians playing alongside him. Just watch one of his videos on youtube, you can see his impressive musician skills.

The first song on the album is “Love Over Everything” and it’s also the first single that caught me in my tracks and wanted to hear more. The style of the song feels like something Jamiroquai would do. A disco, funk, indie pop song that will make you want to sing along in no time. “Hate is not the answer” and “choose love over everything” can be heard throughout and isn’t that the truth!

The song that I must play every single day since I heard it was “Born Again.” The drum and bass immediately create a catchy funky beat. Gizmo’s smooth vocals are soothing at first but then pick up for the chorus. I haven’t heard a chorus this catchy in a long time. I’ve read that he has been getting a lot of radio play on BBC but I wouldn’t really be surprised if this song becomes a top 10 hit. The UK eats this stuff up, the US should too! I put this song on and I want to dance like an idiot around my apartment. Trust me, I have – ask my wife.

The rest of the album has a bit of everything. “Rise” features some infectious clapping and flamenco guitar strumming, along with some meaningful lyrics. “One Day At A Time” is another stand-out and has a Paul Simon vibe to it. “Burning Bridges” feels like another radio-friendly pop song that should gain attention. “Saving Grace” features legendary Afrobeat drummer Tony Allen, who sadly passed away at the end of April 2020.

This is quite an album from Gizmo Varillas. Filled with lots of genres and they just blend in so nicely. The first half of the album is the strongest but there’s still some gems in the second half. Be sure to definitely listen to “Born Again” and “Love Over Everything.” If you’re a fan of indie, pop, afrobeat, Spanish/Latin, disco, funk and anything else that makes you move your ass – check out ‘Out Of The Darkness’ by Gizmo Varillas!

Bottom Line: Catchy tunes that will make you move your ass!
Notable Tracks: Love Over Everything, Born Again, Rise, One Day At a Time, Saving Grace, A La Vida
Overall Rating: