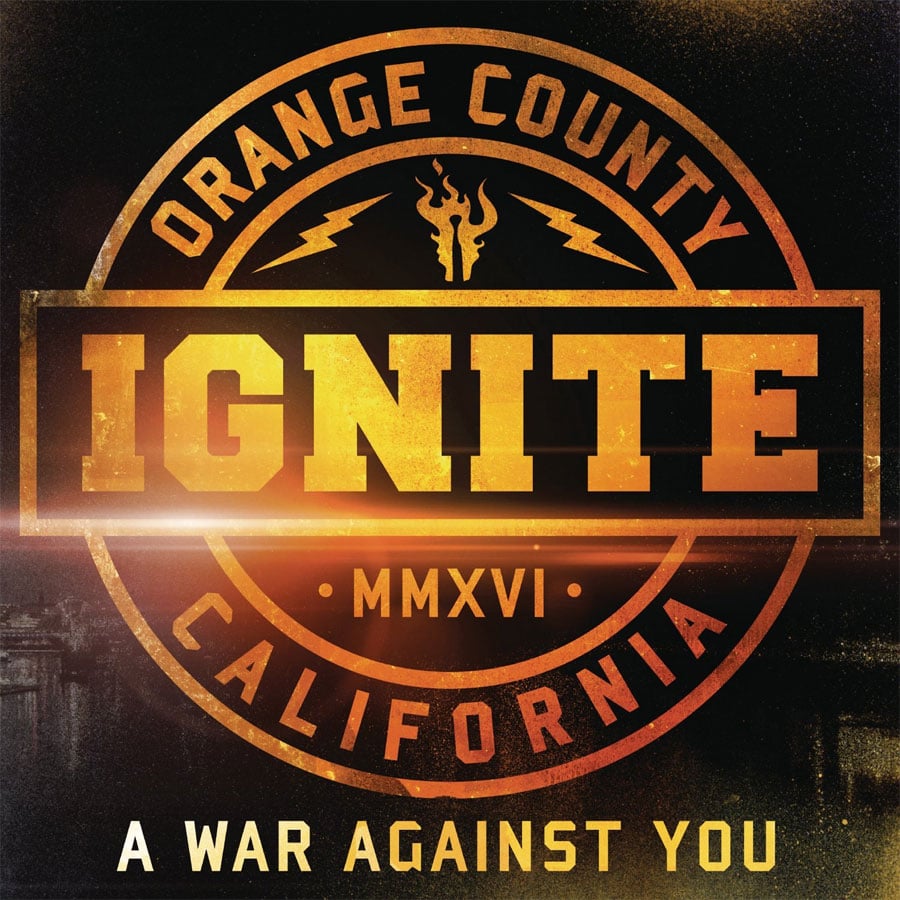 Record Label: Century Media
Genre: Hardcore Punk
Buy on Amazon.com
It’s been quite a few years (10 years!) since we got our last Ignite album. During that time, Zoli was lead vocalist for Pennywise for a spell until Jim Lindberg returned with the band. I was a big fan of that album with Zoli but in the end, it didn’t feel like Pennywise. Ignite are back with their new album A War Against You and it’s more of the melodic sound they have been doing with the last few albums.


Zoli’s distinct vocals is at the forefront right off the bat with “Begin Again.” The song tiptoes over the hair metal line a little bit. At least the chorus and certain parts. if Zoli fronted a real, full fledge hair metal band, I’d listen to that! “Nothing Can Stop Me” is a powerful tune about a friend battling cancer. The song sounds more in tune with their previous albums. “Alive” is a stand-out track because it’s probably the poppiest songs on the album. As the songs go by, things seem to get more heavier and aggressive. There’s certainly a wide range of punk and hardcore styles on here.

The songs on the new album are filled with political commentary, like Ignite has always done. The hardcore sound they started out with has definitely progressed into something different. At times the songs sound punk, or rock and like I’ve said earlier, even hair metal. The sound is very polish but I don’t have a problem with that. As long as the songs sound good, are catchy and have some type of meaning to them. I’m sure fans of the band will be divided with A War Against You. I don’t think it’s as good as Our Darkest Days or A Place Called Home but it’s still a great album.

Bottom Line: A few gems on here but I prefer their last 2 albums
Notable Tracks: Nothing Can Stop Me, Alive, The Suffering, You Lie
Overall Rating: