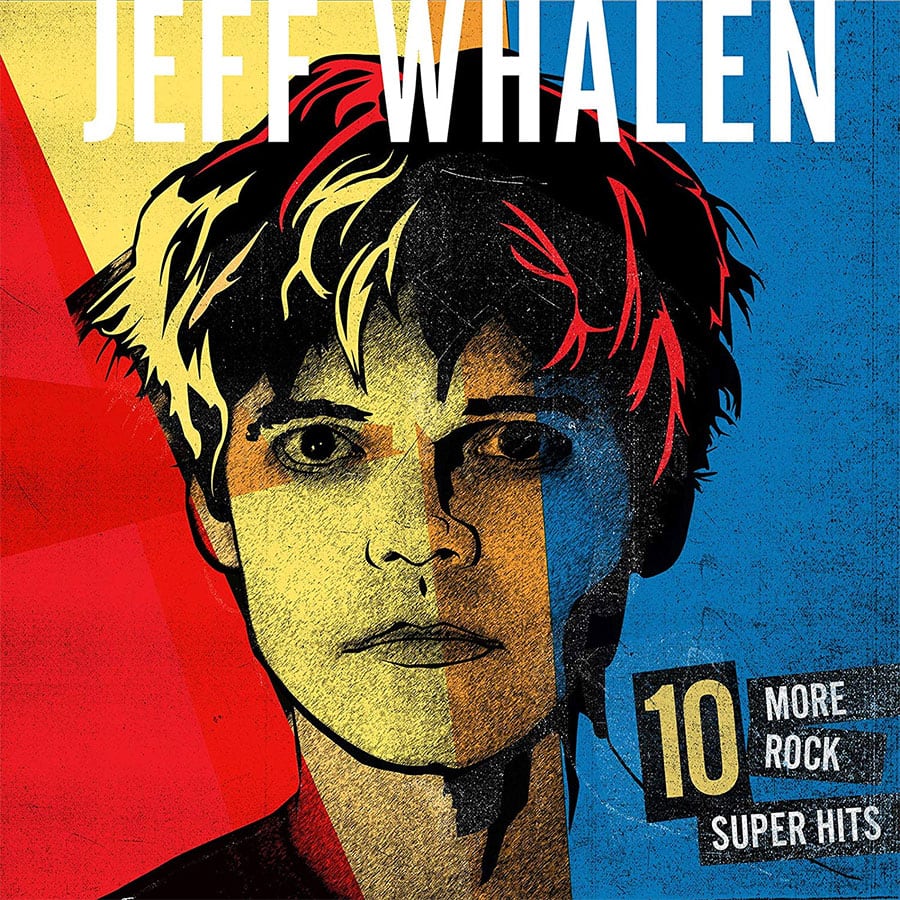 Want to hear a catchy album? Then look no further than Jeff Whalen’s 10 More Rock Super Hits. Jeff is the frontman of the TSAR but I never listened to that band but based on this album from Jeff, I might have to check out their music.

This album just screams bubblegum pop, beach weather and even a hint of the 80s as well. The album was produced by Linus Of Hollywood (Nerf Herder, Bowling For Soup, etc), which kind of explains things because that’s who I think of when I hear this music. It’s a weird thing that keeps popping into my head but the song “Skeet Surfin” from the 80s comedy Top Secret keeps coming to mind when listening to the music of Jeff Whelan. Can he cover that on the next album please?

“Goofing Around” and Jeff’s first single “Jendy” start off the 10 track album, in a very good way might I add. If you’re not on aboard for these songs, this is probably not going to be the album for you then. Just expect chorus that will be stuck in your head, lots of handclaps, and things that will make you want to dance. While the first few songs were upbeat power pop songs, “Man of Devotion” takes it down a just a notch but still a notable tune. “Alien Lanes” is another cool track, that’s more rock than the others and I particularly like the keys in this one.

For 10 tracks, there’s not a stinker on here. This was a pleasant surprise and a fun one to listen to. I’ll certainly be listening to this album a lot this year and beyond.

Bottom Line: I wish more albums that I have to review were this catchy
Notable Tracks: Goofing Around, Jendy, Man of Devotion, Alien Lanes
Overall Rating: