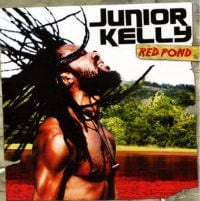 Junior Kelly speaks from true experiences, still residing in his hometown in Jamaica. Kelly’s lyrics come from the heart and really conveys the current state of affairs in the troubled island. Through positivity and religion, Junior Kelly hopes that his music will be seen as something good to come from Jamaica, and not the violence and other distractions that are perceived from there. In the opening track “Celebrate Life” Kelly wants everyone to appreciate what we have and share amongst everyone. Stop the killing and bloodshed that is all over this world. It’s not worth it. Track by Track, Junior Kelly sings about what he wants to sing about and not feel the pressure to adapt to the other artists dominating the Reggae/Dancehall charts. We should all be lucky to have the motivation and morals that Junior Kelly possesses, maybe this world would be in a better place.

Bottom Line: Not as strong as his last release “Tough Life” but it definitely ranks up there as another solid Junior Kelly release.
Notable Tracks: Celebrate Life, Slackness, Waan Lef’ De Ghetto, Nuthin’ Wrong With The World, Stumbling Blocks
Overall: