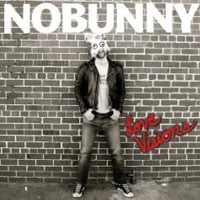 Who would have thought I would be ending up reviewing a CD by a guy who wears a rabbit mask and dresses up like the Ramones? How very Easter-ish. No Bunny delivers lo-fi, loud, raucous, garage & punk rock music that will make you dance like Elvis. Or it will make you want to takes lots of drugs and die on the shitter like Elvis. Depends on how much you can tolerate of No Bunny.

If I was reviewing just the first track, “Nobunny Loves you,” I would probably break this CD by throwing it against the wall. The singing is just annoying and loud, and the music is sloppy. But thankfully things get better after that first track. That’s not to say that the music is sloppy and chaotic, that’s garage rock for you. But this sounds like the perfect band to play on Little Steven’s Underground Garage station on Sirius XM. Each song sounds like it’s from the late 1970s, mixed with that rock n roll and punk rock sound. Think Ramones meets The Buzzcocks meets Johnny Thunders. Judging by the photos I saw, No Bunny seem like they put on a chaotic show as well! I’d be curious to see how they are live. Musically, the band wrote some catchy doo-wop rock songs. They might not play their instruments that well or sing that great, but they certainly get your attention. Worth looking into if this is your thing. 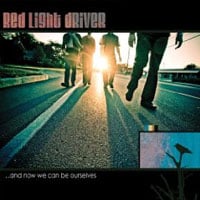 Previous: Red Light Driver – “…and Now We Can Be Ourselves”

Next: Neil Young – “Fork In The Road”