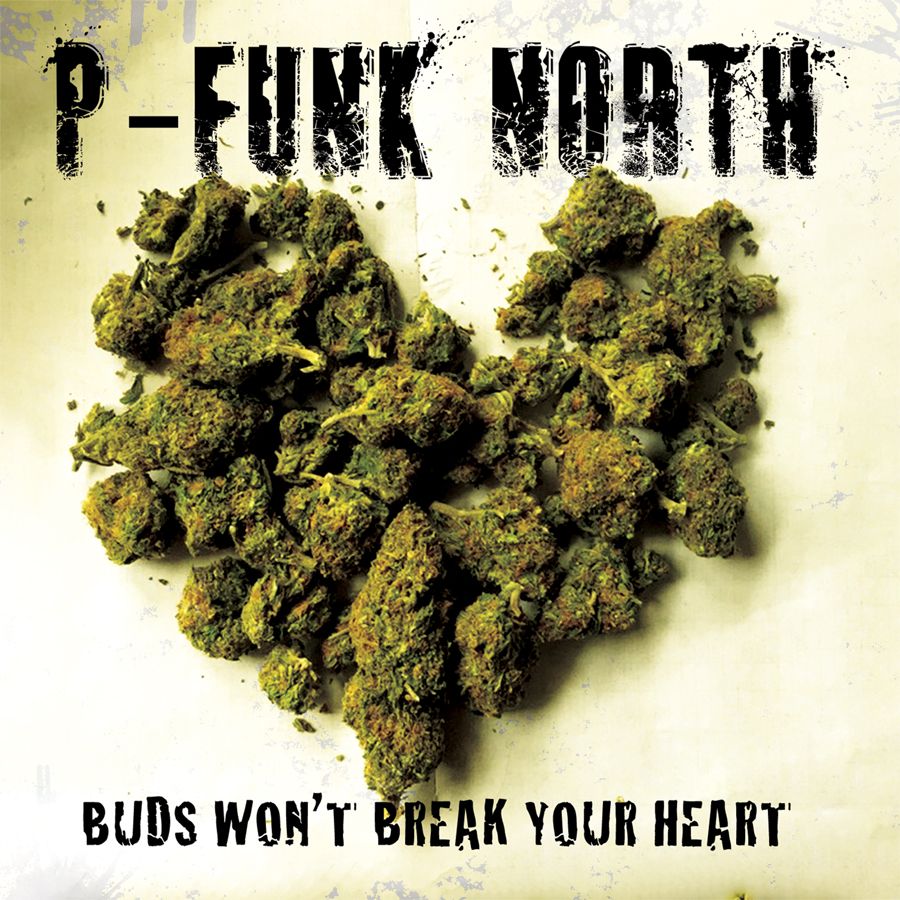 Mixing reggae fusion with ska, punk and rock, P-Funk North delivers a unique sound that sounds fresh but with a hint of third wave ska and 90s alternative.

When most people hear the words “reggae rock” they tend to think of band like Sublime, Pepper and Slightly Stoopid and, while P-Funk North definitely has those influences, they also share a love for ska punk, traditional reggae and hip-hop. Songs like “3rd Degree of Separation” and “Hit the Bowl” are skankable ska punk tracks while “More Than Meets the Eye” and “Billy the Bum” introduce the bands hip hop influences and heavy reggae metal guitar ala 311.

The songs found on “Buds Won’t Break Your Heart” mixes in some fun goofy lyrics and songs about weed with some tracks focusing on social and personal issues. “Billy the Bum” tells the story of the struggles of alcoholism and failed dreams while “Poppies & Gin” is a psychedelic tale of escapism from the falsehoods of reality.

“Buds Won’t Break Your Heart” is an excellent effort and introduction to P-Funk North. This may be a bold statement but I just can’t help but make comparisons to the sound found on Sublime’s “Second Hand Smoke”. The lyrics are sharp, the songs mix styles on many levels and will not only make you skank and mosh but they will also make you think…all while having a good time. There must be something in the water in Jersey because there’s some good ska punk coming from that direction.

Bottom Line: Mixing hip-hop, reggae and ska punk, P-Funk North manage to add a fresh touch to a sound that came about more than two decades ago. “Buds Won’t Break Your Heart” is definitely something that fans of the third wave ska movement should add to their collection.
Notable Tracks: 3rd Degree of Separation, Sugarcoat, Billy the Bum, Hit the Bowl, Smoke Break
Overall Rating: