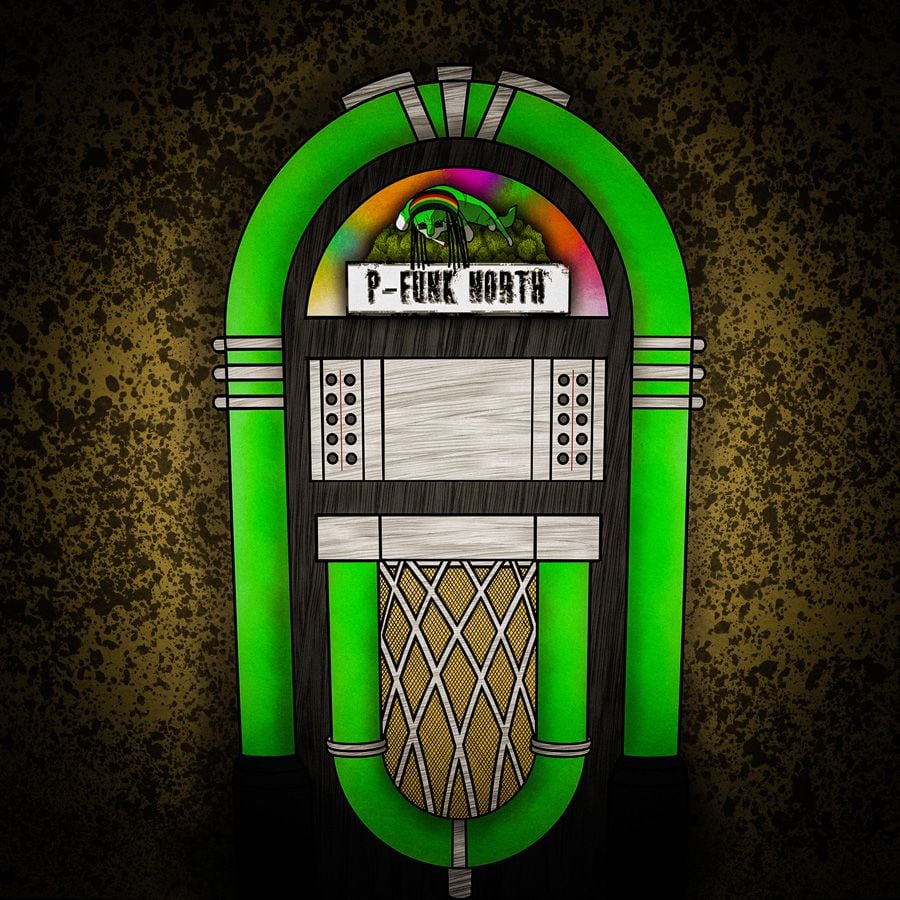 Between touring and making records, the boys in P-Funk North were busy livestreaming free music via Facebook Live. “Jukebox Live” is a collection of live tracks played during their streaming performances from 2019.

Even though P-Funk North have released one live album so far previous to this one, “Jukebox Live” sounds more like a studio album than just another live recording and that’s a credit to the band and the technology nowadays that allows the fluid streaming of studio-quality sound and video. The band sounds clean and crisp but is still full of the energy that you’d expect from a live show.

There are a total of 15 tracks that they streamed over the last quarter of 2019 and they consist of tracks from their previous two albums with a couple of alternate takes such as “Poppies & Gin” and “True Love Anarchy” as well as a nice little cover of Sublime’s “Date Rape” to round off the jukebox selections.

Once again, it’s great to have new material from P-Funk North and the Facebook Live sessions live album is a unique way to get some exposure both on Facebook and as an album release. I can’t wait to see what they have in store for fans this year.

Bottom Line: A live album that sounds like a studio album with some rare cuts and another Sublime cover!
Notable Tracks: Poppies & Gin (Alternate Cut), Billy The Bum, Hit The Bowl, More Than Meets The Eye, Date Rape
Overall Rating: