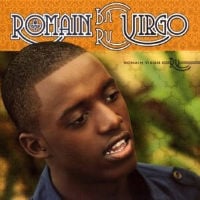 Romain Virgo is a newcomer to the Reggae scene, but you will soon know all about him. 20 year old Romain grew up in Jamaica and writes and performs all his own music. A rising talent in the Reggae scene, Romain has 15 tracks on this record and all of them could be hits. Watch out for Romain Virgo because he is the real deal.

Opening the record is “Mi Caan Sleep” which is an excellent way to start off the album, as this will be a surefire hit, followed by what I think is another stand out in “Who Feels It Knows It,” featuring Etana. “Who Feels..” might be familiar to some as it uses same riddim that can be heard on Sanchez’s new record. Romain is a lovely mix of reggae, soul, lover’s rock, R&B, and can be expected to be adored by many. In 2007, Romain made history as the youngest contestant, at age 17, to win the Digicel Rising Stars Competition, and rising star he is. Songs of love, relationship woes and the heartache of the violence in his home country of Jamaica, Romain Virgo will be around for quite some time. I for one was pleasantly surprised by this record and I believe you will be too.