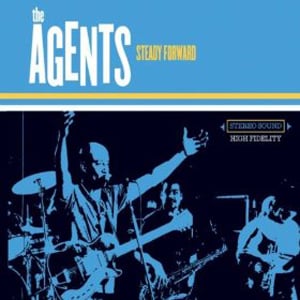 The boys and gals from Rhode Island have reformed and apparently, this disc being proof, released their third full length album titled “Steady Forward”. And oh what a glorious discovery this is!

The Agents have been dormant since the early to mid-90’s and were a band that I discovered by chance around the time that they were calling it quits. It was disheartening to discover at the time that I missed out on such a great bands’ career. A few years ago I saw that they were reforming for a couple of reunion shows every now and then. Bands always do that for a short time and nothing usually comes from it. Time passed and all of a sudden the Agents had a new album out. I immediately purchased it and am pleased to say that it does not disappoint.

Right off of the bat I knew that “Steady Forward” would contain the Agents sound of old. “Hope” is a bass-heavy horn-laden track that sounds like it should be from “For All The Massive”. The next track “Wimpy” sounds like something off of “401”. It just keeps getting better from there. “Wallow” is a slow sad song about life passing you by and the things that you take for granted. It’s undoubtedly my favorite song on the album. The album continues as it picks up the skankable pace as it runs its course.

“Steady Forward” is a great addition to an already great discography and track by track is probably my favorite Agents album to date, and considering how many times I’ve listened to their stuff that’s surely an enormous feat. It covers everything from dub and rocksteady to all three waves of ska, and they even throw in a re-record of “I Don’t Know” from their self-titled release that is true to the slower version of the song. There wasn’t a single track on “Steady Forward” that didn’t sound classic. Here’s to some more Agents albums and a long and lengthy US tour. *crosses fingers and toes* Welcome back!

Bottom Line: A welcome return to one of the most underrated bands of the third wave. Everything about “Steady Forward” screams ska ska ska!
Notable Tracks: All of them!!! Personal favorites are Wallow, Hope, Shine, Bossman, and Thirty Pieces/Carry Go Bring Come
Overall Rating:

Previous: The Hellbound Hepcats – “No. 2” 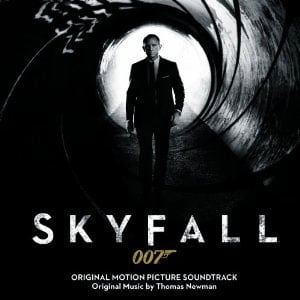