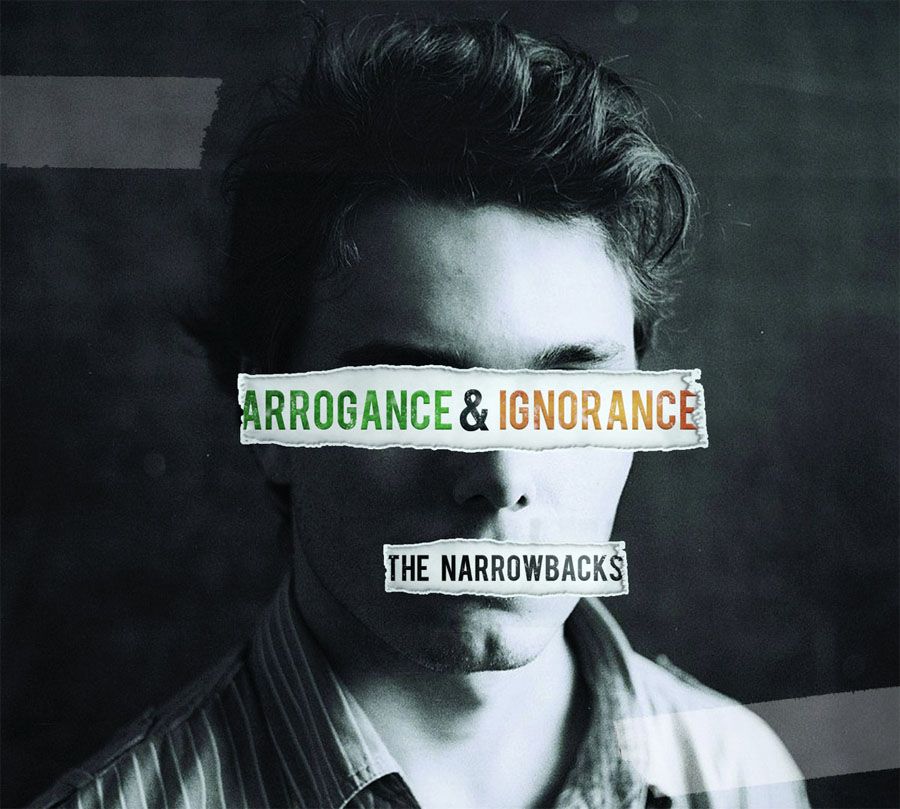 The Celtic rock band that has been gaining a lot of traction of late is The Narrowbacks from the NYC area. Their latest album Arrogance and Ignorance is the follow-up to 2013’s Fire It Up and 2015’s The After Hours EP and it’s their best effort to date.


I’ve seen The Narrowbacks few times live, from opening up for The Mahones to headlining the Jersey City Irish Festival. It’s really cool to see a band grow & mature into one of the better Celtic Rock bands playing in the US today. I’ll admit when I first saw them a couple of years ago, I thought they were okay and kind of sounded like other Celtic bands. Once I saw them live in Jersey City, I sensed they were growing and expanding their sound. I mean, they were covering pop songs so they were definitely doing something different than other Irish rock bands.

For the most part, their new album is filled with original tunes that fans will be singing along to at their shows. The one song I’m talking about is “Shannon,” which is the catchiest song the band has written. If you follow the band, they released this back in March so we got a little appetizer before the full length album was released. While people will like the sped up Celtic songs, I also like their slower tempo songs like “Loisaida” and “Whiskey River.” Seamus’ vocals reminds me of Steve Twigger of Gaelic Storm’s raspy voice. Besides Seamus’ vocals sounding great, the rest of the band sound amazing as well. Hearing the accordion and banjo in the songs really gives the song some depth. The production of the album is superb but if you really want to get into these guys, you got to see them live first!

“Prodigal Son” is a good Christmas tune. It’s a bouncy Celtic tune but towards the end they mix some reggae beats in there. The band does a version of “Ole,” which I usually can’t stand this soccer chant but these guys make the song fun. “Out On the Avenue” has some nice flute playing, and kind of wish the band had more of that. “Bastards of the Boroughs” is a cool song because the band gives shoutouts to the NY area like Da Bronx, Rockland, Pearl River and other areas. It’s a perfect song to end the album.

If you’re sick and tired of playing out your Flogging Molly or Dropkick Murphys albums, then check out the Narrowbacks latest album! I think you’ll like it.