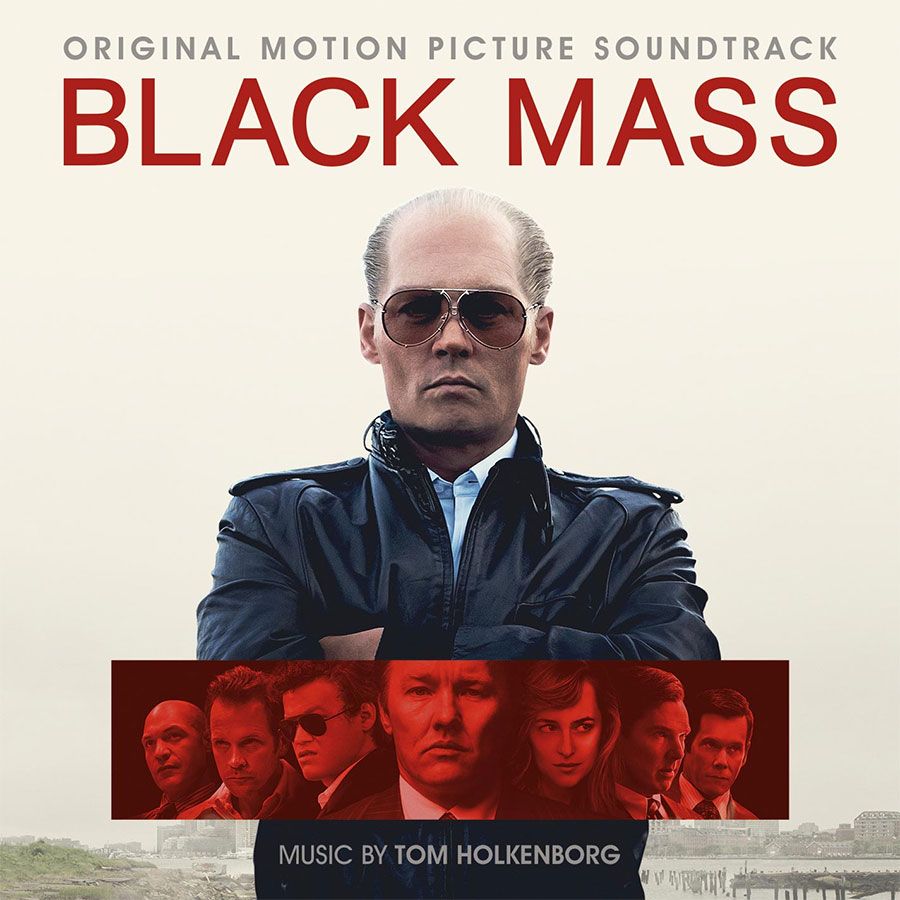 The composer that I’ve been paying close attention to this year is Tom Holkenborg, a.k.a Junkie XL. After hearing his film score for Mad Max: Fury Road, he’s on my list of composers that I have to hear everything he does from now on. His latest score is for Black Mass.

Black Mass is about the infamous Irish-American mobster Whitey Bulger (played by Johnny Depp). The movie also stars Joel Edgerton, Benedict Cumberbatch, Kevin Bacon, Jesse Plemons and others. I haven’t seen the movie yet but it looks really good. Looks like Depp finally got out of his funk of bad movies.

The score by Holkenborg is dark, so I can only imagine how it helps out with the scenes from the movie. The first two tracks are very subtle and not much going on besides being ominous. The track “Southie Native Sons” is a good one because I love the use of the violin (or is cello or something similar?). I like the track “No Ordinary Criminals” and has a bit of a Bourne Identity feel to it. Ba-du-ba-bum motif happening and kind of wished that theme happened more often in the score. “This is just the Beginning” sounds intense, frightening and seems like it adds a lot of dramatic effect to whatever is happening in the movie.

What I’m liking about Tom’s scores is that he’s not going to electronica as his main style. He seems to be breaking out of that style, along with just going by his name name instead of Junkie XL. Between Mad Max: Fury Road and Black Mass, these are definitely some of the best scores out this year! The score for Black Mass could have been this boring, background music type of score but Tom Holkenborg makes it into something much more interesting.