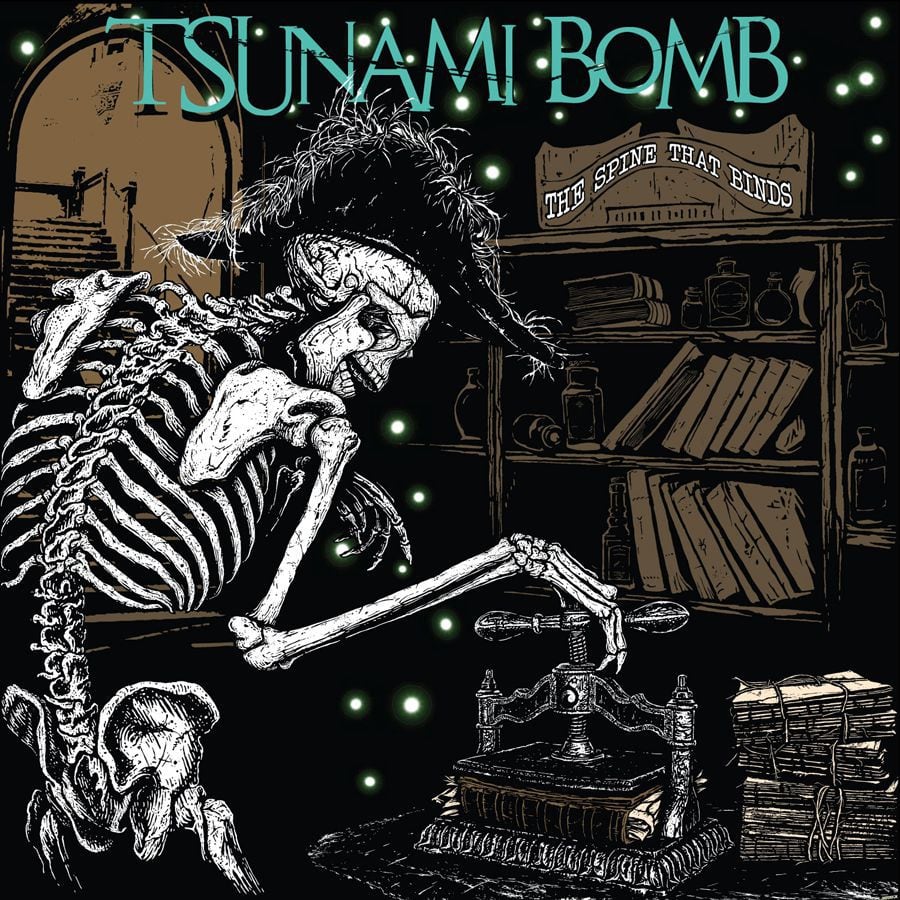 It’s been 15 years since Tsunami Bomb dropped their last full-length album “The Definitive Act”. A lot has changed with the band’s lineup since then but here we are in 2019 with a new Tsunami Bomb album and a brand new era for the band.

In 2015 most of the original members of the band reunited and began working on a new record. Former vocalist Emily Whitehurst (Agent M) declined to rejoin the band in order to focus on her own current band. Replacing her on vocals is a young lady by the name of Kate Jacobi. Her sound varies from Agent M whereas she has a cleaner more melodic sound but a riot grrl snarl that just below the surface. I’m reminded a lot of Tilt when listening to her vocals.

“The Spine That Binds” follows suit with past Tsunami Bomb releases with some hard-edged melodic pop punk backed by fuzz guitar, a strong rhythm section and some vivid and concise lyrics. Songs like “Sinkhole” and “Dead Men Can’t Catcall” absolutely sound like classic Tsunami Bomb songs while the addition of original keyboardist Oobilette Sparks brings back some of that electronic new wave touch found on their earlier EPs.

Some folks may be avoiding this release due to the loss of Agent M as lead vocalist but if that’s the reason for passing on this album, you would be doing a disservice to yourself and to this version of the band. In all honesty, the lineup consists of most of the driving force of Tsunami Bomb from their inception and sounds just as tight and focused, if not more so now that the in-fighting or whatever issues were festering within, has been exorcised. Kate Jacobi is the perfect fit for the band going forward and the rest of the band sound like they did during the Kung Fu Records years. If you can’t get over yourself and enjoy “The Spine That Binds” for the excellent punk rock record that it is, well…that’s your loss. I’ll be over here practicing my singalongs in hopes of a nationwide tour.

Bottom Line: Tsunami Bomb may have a new vocalist but that does nothing but add to the renewed and refreshed sound of a band on a mission. The songs are fast and loud and the singalongs are a plenty…if you just give it a chance.
Notable Tracks: Sinkhole, Dead Men Can’t Catcall, Last Call, Lullaby For The End Of The World, Naysayers
Overall Rating: