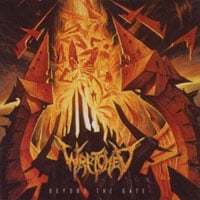 Listening to the opening track “Birthing Sloth,” I knew at least the band had some talent. The vocals are screechy but not in an annoying way. The thing that stands out to me is the drumming and the vicious guitar playing. Their style is closer to old school Thrash metal than death metal, which is maybe why I can tolerate these guys. Songs in the middle of the album like “On The Horizon,” “Part I: Aberration” and “Part II: Beyond The Gate” were interesting because they were a mix of instrumental Spanish guitar playing and metal. If they did an entire album of instrumental metal that sounded like those tracks, I would really like that.

Give Wretched a chance because I think they stand out from other metal bands and actually have some talent. Visit their MySpace page to check out some songs.