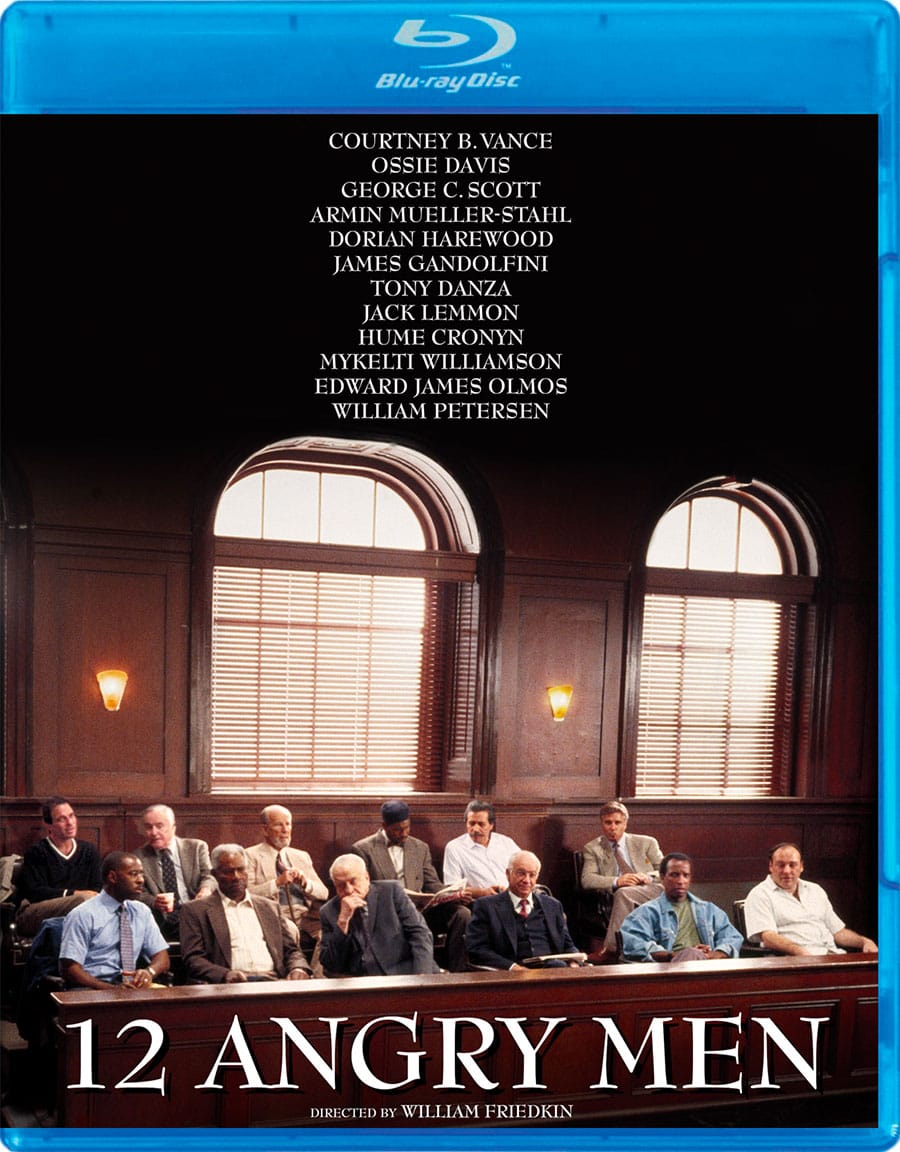 For some reason, people thought it would be a good idea to remake the classic teleplay 12 Angry Men as a “made for TV” movie. Thankfully, it’s an excellent remake and a terrific cast (although, nothing can beat the original film).

Just like the original movie and teleplay, a jury is in court to hear arguments about a teenage boy who is being accused of killing his Father. They need a unanimous verdict for either a mistrial or a conviction. As the jurors go to vote, all but one juror decides to vote to convict the boy to a death sentence. Juror 8 (Jack Lemmon) is the lone dissenter who questions everything just because he doesn’t know what to believe and begins to talk with the other jurors on his thoughts.

A movie about jury duty sounds extremely boring and that was my original thought about it when my history teacher played the original for us. 12 Angry Men ended up being one of my favorite movies. This remake is just as good I think because of the outstanding cast like Jack Lemmon, George C. Scott, James Gandolfini, Ossie Davis, Mykelti Williamson and more. I don’t know why it works so well as a straight up remake but it does. I think if they decided to remake the movie again, I would like to see the trial be different, have it not be called 12 Angry Men and include other genders in there as well. The 1997 film had an updated diverse cast but it obviously could have included some women…but hence the outdated title. Would be nice to see more of the trial, which this version shows a little before the jury retires to the jury room. It’s hard to make a movie these days that just takes place in a single, tiny room.

While others might not like the remake, you can’t deny the performances from some of these actors. George C. Scott won a few awards for his role, Jack Lemmon does a great job in the role originally played by Henry Fonda. James Gandolfini right before the Sopranos became a smash hit. Mykelti Williamson was so good as the bigoted, former Islam member juror. You can go down the line on all the actors who did a good job with this. This type of movie is an actor’s dream because of all the dialogue they each get. I’m surprised there hasn’t been another remake by now.

Kino Lorber released this movie on Blu-Ray in either full-screen or widescreen, but at this point why bother watching something in full-screen? The video quality definitely could have been cleaned up a lot more with signs of graininess throughout the movie. There’s no extras except a trailer, which is disappointing. Still, it’s nice to own this on Blu-Ray since I forgot about this version of 12 Angry Men in a way.
If you want to see a slightly expanded, updated take on the classic original film & teleplay, this is a good one with an excellent cast. I love how both movies just get deeper and deeper into the case, and take each argument against the teenage boy apart. As much as I love both movies, I think it’s time to update it even more.