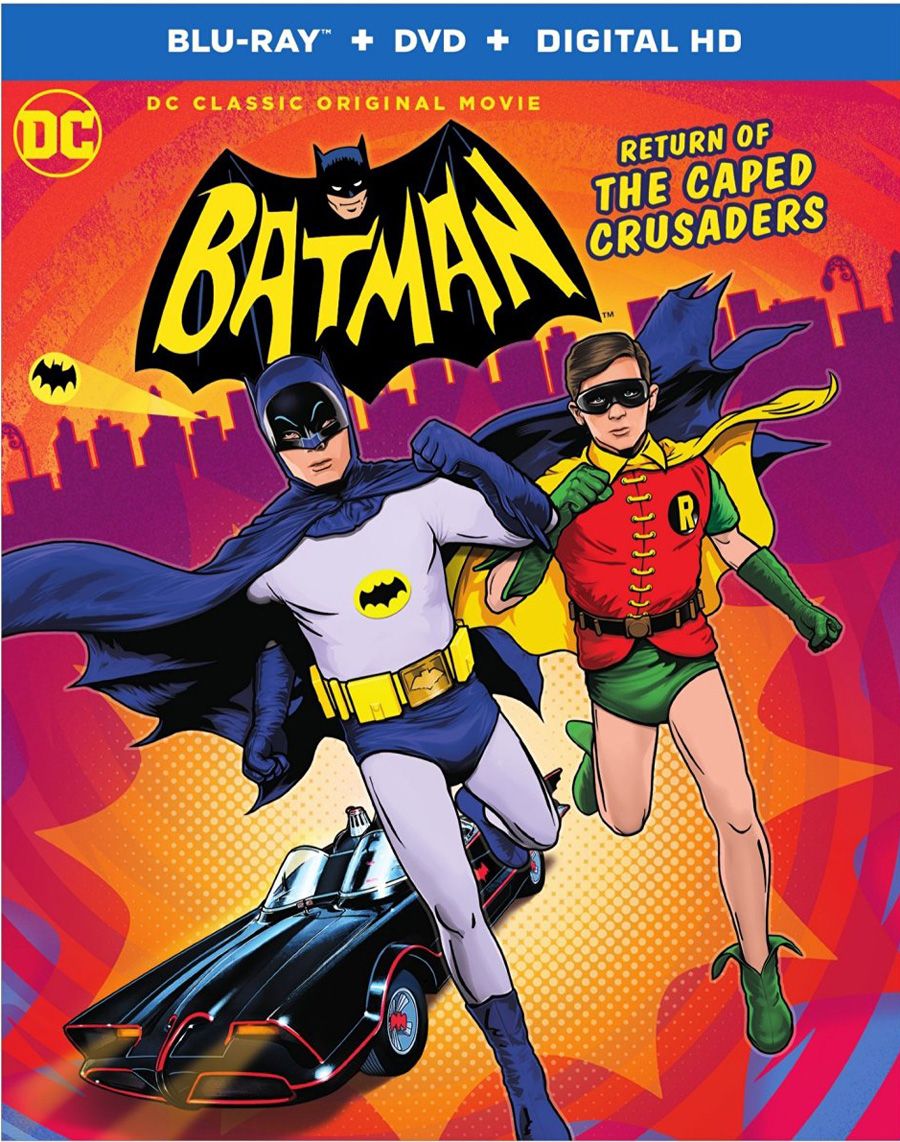 Holy return to 1966, Batman! Adam West and Burt Ward return to the role of Batman and Robin in which the dynamic duo made famous world-wide on the small screen 50 years ago…but this time in animated form.

“Batman: The Return of the Caped Crusaders” stays true to the TV show with all of the campiness, wholesome morality and over-the-top fun that brought Batman and Robin to millions of viewers in the 60s. Batman’s rogues gallery teams up in a plot to get Batman out of the way so that they can loot the most priceless artifacts in all of Gotham City. Only Robin and a collection of unlikely allies can stop the vile villains and their dastardly deeds as well as a Batman gone bad.

If you were a fan of the show growing up then this animated feature will take you back to a simpler time of Batman and Robin before the Joker was blowing up Boy Wonders and paralyzing Batgirls. While many say that the ’66 Batman show gave superheroes a bad rap for being campy and corny for years to come, any fan of the show and the resurgence of comic book characters in the decades that followed, will tell you that it brought comic books to the limelight like nothing ever had before. There is a certain charm and innocence to the ’66 show that allows you to suspend reality for a short time and just enjoy the moment. Batman wasn’t sad and brooding. He was upbeat, resourceful, witty and a beacon of light in a crime-riddled city. “Batman: The Return of the Caped Crusaders” manages to capture that wit and charm and pairs it with the top-notch comic-style animation that DC’s animated studios is known for. The color palette is much more in line with the ’66 show and reminds me of the “Brave and the Bold” cartoon. Kudos to the writers as well for managing to dig deep into their imagination and provide a script that seems like it was ripped from a lost episode of the TV show. Having Batman and Robin getting strapped to an oversized TV dinner and being sent to their impending doom is one of my all-time favorite Batman moments now. I also enjoyed the nods to the more modern Batman when Bats succumbs to the Dark Side.

I love the fact that DC was able to not only get Adam West and Burt Ward to reprise their roles as Batman and Robin after all these years but that they also managed to wrangle the sexiest of all Catwomen, Julie Newmar to voice the feisty feline. I was also a fan of the new voice actors that filled the roles of the villains that are no longer with us, especially William Salyers who did an awesome job as the Penguin. Filling Burgess Meredith’s shoes would be a daunting task and Mr. Salyers was up to that task.

Now that we’ve come to the depths of this review and I’m all out of shark repellent, I just have to say that if you weren’t a fan of the 1966 show then you should probably skip out on this animated movie entirely (shame on you), but if you grew up watching Batman and Robin answering countless calls from the Batphone then this is a piece of nostalgia for you…one that is hopefully the start of a series of retro Batman and Robin animated movies to come. Kick off your shoes, make sure to only cross at the crosswalks and don’t leave your anti-antidote at home!

Bottom Line: “Batman: The Return of the Caped Crusaders” is a great tribute to the 1966 Batman TV show with a modern animation flair. Fans of the show won’t be disappointed.
Running Time: 78 Mins
Rating: PG
Extras Rating:
Overall Rating: