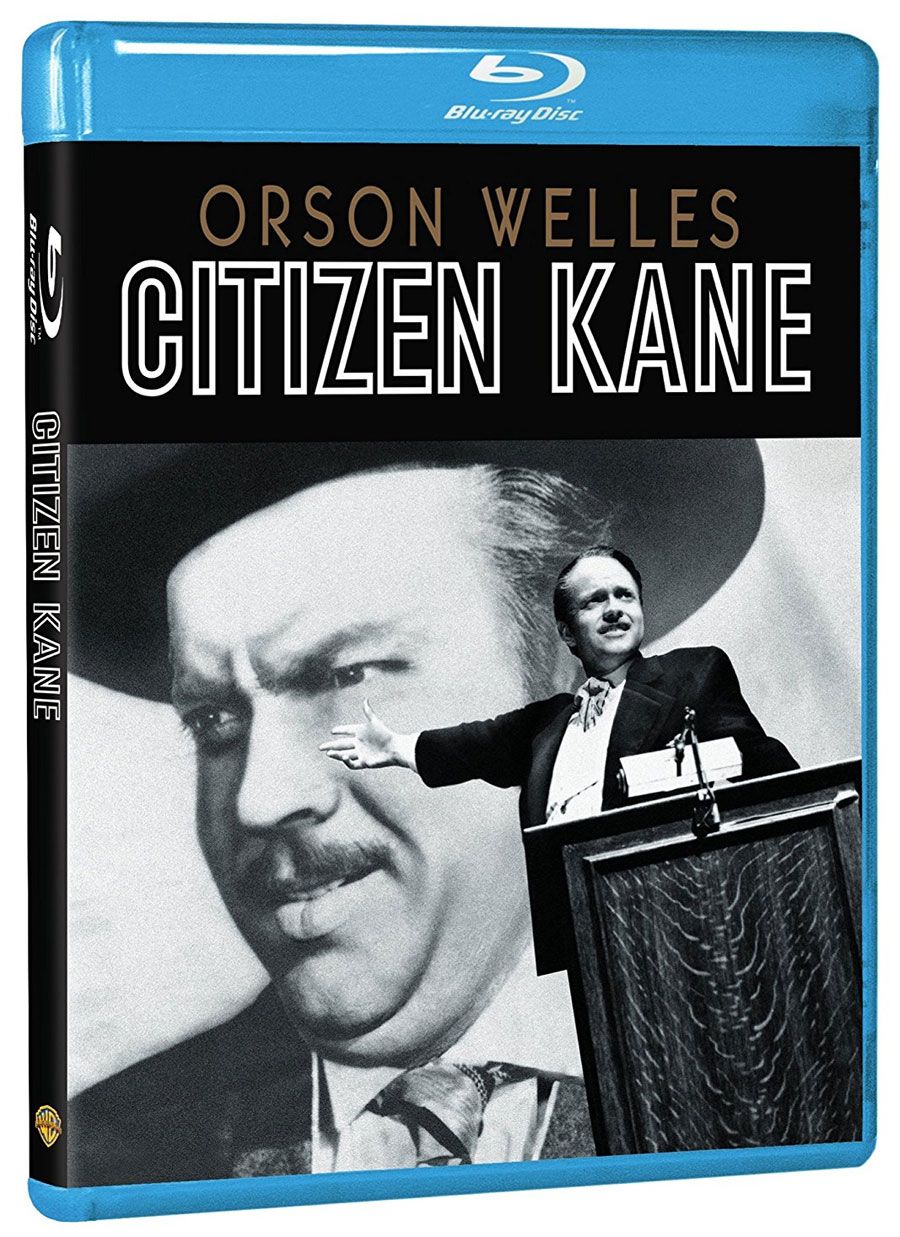 Citizen Kane has been declared one of the best films ever made. That statement has always been a good debate among the film community but nonetheless, Warner Bros is celebrating the film’s 75th anniversary with a new Blu-Ray edition.

The film is about the death of Charles Foster Kane (Orson Welles), an elderly wealthy newspaper publisher. On his deathbed, he dropped a snowglobe and uttered the word “rosebud.” No one knows what it means so reporters go out and try to find out the meaning. I’d go more into the plot but that’s pretty much the jist of it.

This was only the second time I saw Citizen Kane, and the first time was only a few years ago. It’s definitely a movie that should be seen at least once if you consider yourself a movie buff. The cinematography and Bernard Herrmann’s score are particularly good. The movie bombed at the box office and had everything going against it, so the fact that Citizen Kane is celebrated 75 years later, that’s kind of remarkable. The story itself is a good one because it shows you that money can’t buy you happiness and longevity. If this was remade, I’m pretty sure they can base it off Trump instead of William Randolph Hearst. But then again, Trump was never good and then turned to evil, he’s always been that way. Let’s hope they don’t ever remake this.

I think the movie is great but it can be slow & boring in spots. Once the ending happens and you realize what “Rosebud” means, it will make you want to watch the movie over again. Since I knew what the ending was after watching the first time, the second time I was trying to look for new things I haven’t seen. It’s funny how obvious the answer is right in front you. There’s definitely blatant references to it and Rosebud is out in plain sight. Each time you watch the movie, you find new things. It’s like an onion, with many layers…well minus the stingy eyes and crying.

The movie itself was remastered and restored from original nitrate elements in 4K resolution. The extras include some old featurettes from previous DVD editions. I thought the movie looked decent for being 75 years old on Blu-Ray. Obviously it’s going to be hard to clean this up and look like a modern movie. But, not sure you’re going to get a crisper version of the movie at the moment.

Citizen Kane is a classic and a must-see if you like movies. At least see it once and what better to see it now on Blu-Ray? Citizen Kane: 75th Anniversary Blu-ray is now available, since it was released on November 15th.

Bottom Line: One of the best films ever made but you already knew that
Running Time: 119 mins
Extras Rating:
Overall Rating: