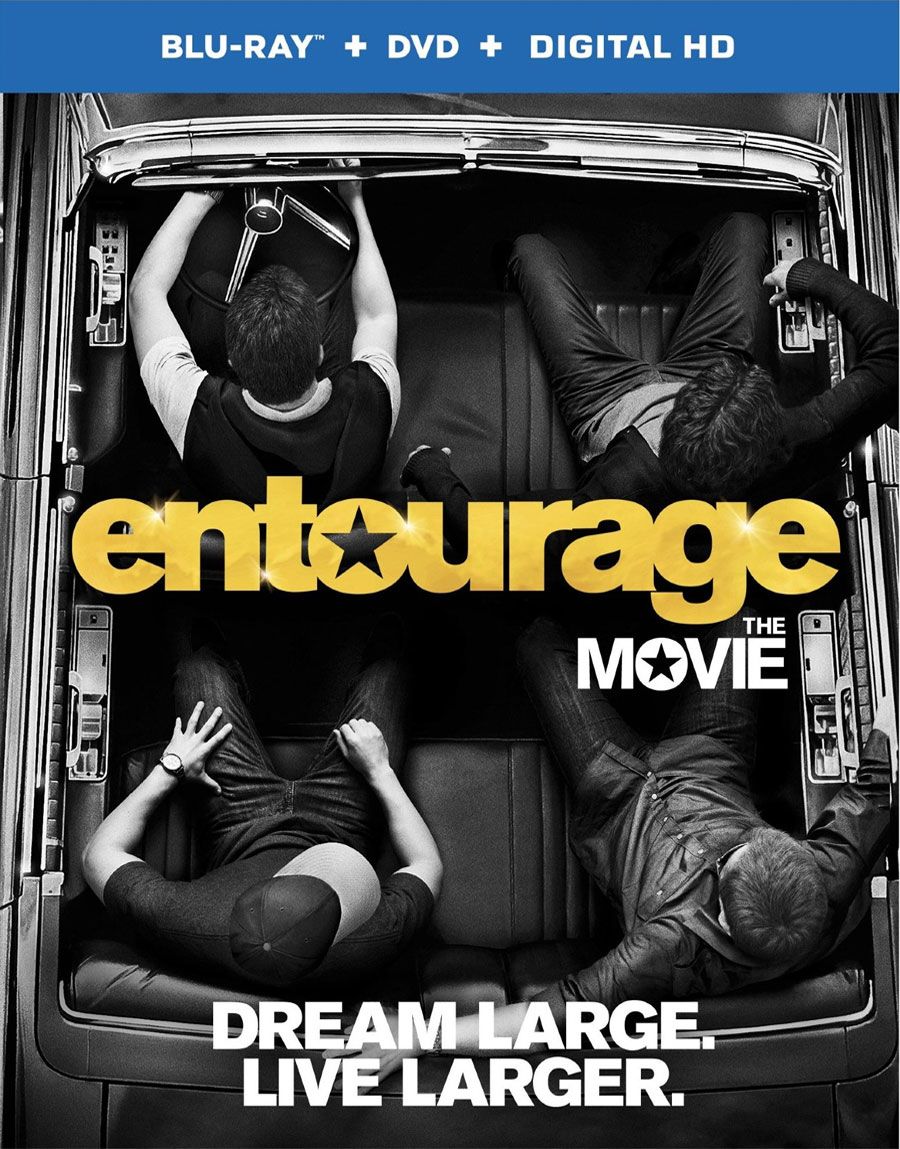 If you’re a fan of the Entourage series on HBO, more than likely you’re going to love the movie. If you never saw an episode, well…you’re probably going to be lost and confused right off the bat.

The movie takes places a little bit after the series ended. Vincent Chase (Adrian Grenier) separated from his wife after 9 days {Alice Eve on the show…why would you leave that!?} and wants to do something new in his career. He hits up his old friend/agent now studio head Ari Gold (Jeremy Piven). Ari offers him a lead role in his first movie since being head of the studio except he will only star in it if he can direct as well. Meanwhile, Eric (Kevin Connolly) is having a baby with his Ex, Sloan (Emmanuelle Chriqui) and getting into trouble with other girls. Turtle (Jerry Ferrara) is richer than Vince it seems and Drama (Kevin Dillon) is still very much Drama.

Towards the end of Entourage, it seemed fitting for the series to end. It just seemed like the same stuff over and over each season. With that said, it was great to see the characters back again and felt like they never left. Sure, this movie should have been made a few years ago instead of now but I’ll take it. I never really took Entourage too seriously and it was more of a guilty pleasure type of show for me. I still don’t even think I saw the first season of the show. I remember seeing an episode at the end of it but not the entire season. I still think you need to be a fan of the show in order to enjoy and appreciate the movie though.

The movie itself is fun and entertaining with not much in terms of progress of the characters. They always seem to get ahead in the end or come out on top. The show always feels pretty real in terms of Hollywood except that part, it’s not always a happy ending. Some will say this was made just to show how many cameos they could do in one movie. Yeah, there’s a lot of cameos but most of them are funny or fitting to the series and movie.

I don’t know if it’s intentional or not, but I always find the movies Vince does to be just terrible and really lame. I keep saying to myself, how is this guy a popular movie star? But it seems like a running gag on the show and movie, that this guy makes shitty movies and is still famous because he’s a pretty fella. What makes Entourage fun for me is Jeremy Piven’s character Ari Gold. It’s a role Jeremy was born to play. And then of course, for the male viewers, there’s always lots of nude chicks. Seems like the nudity factor was turnt up. Hey whatever, I can’t complain.

The Blu-ray has a bunch of little featurettes like the group discussing the series and the return of their characters, a featurette on new members, a whole bunch of deleted scenes and a quick gag reel. The group featurette was good since the cast and creator discuss the show’s eight seasons and the movie. You get little tidbits in there that you might not know like that part of this was based on Mark Wahlberg’s life and own entourage. But little things were based on all their lives so in a way, you’re seeing a semi-biographical show and movie of Hollywood.

Entourage isn’t for everybody but the series was always a guilty pleasure show of mine. The movie is more of the same: just lots more nudity, bigger budget and a shit ton of cameos.

“The Making of Hyde”: Go behind the scenes with Vincent Chase, the hot new director of “Hyde”
“The Gang – Still Rockin’ It”: Join the cast as they discuss how things have changed
“Hollywood, Baby!”: The guys and Doug Ellin deliver the ultimate L.A. experience
“Meet the Newest Member of Entourage”
“Lucas Ellin Is Jonah Gold”
Deleted Scenes
Gag Reel