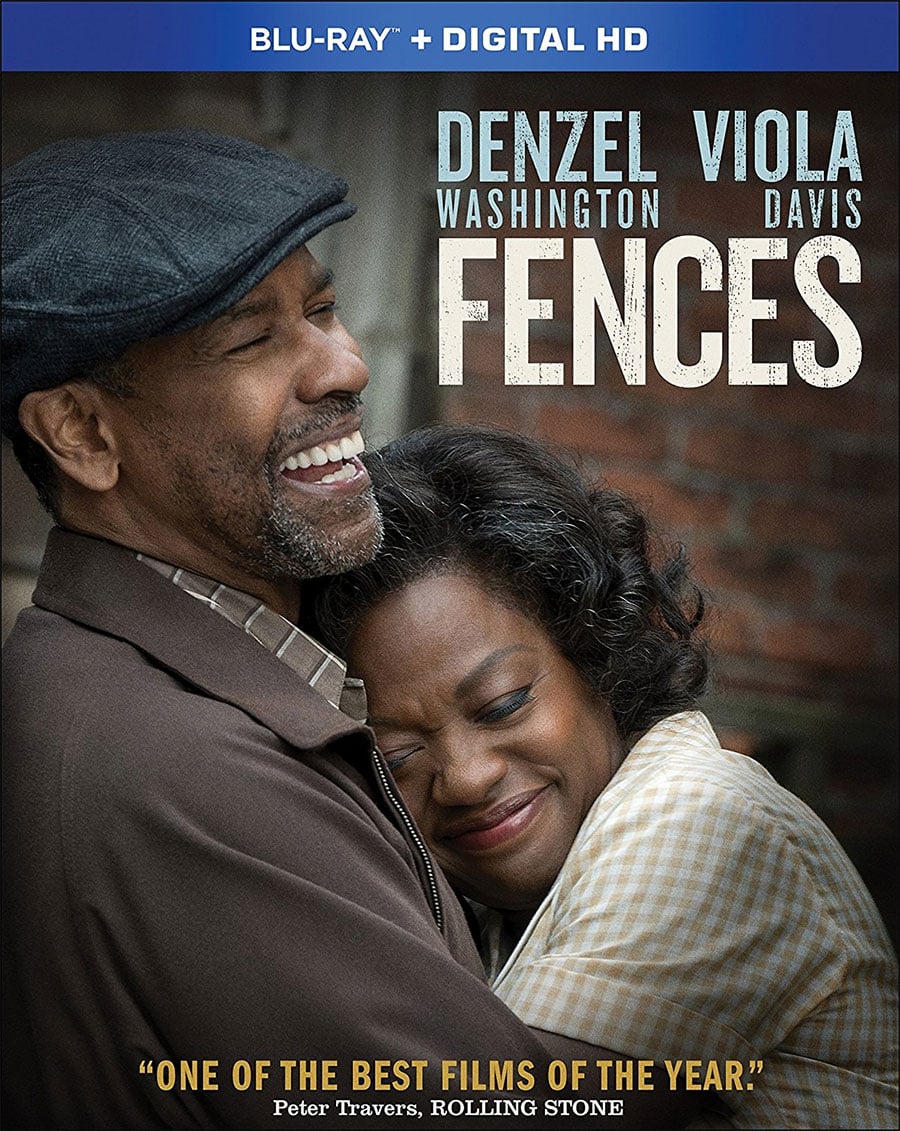 The Pulitzer Prize-winning play comes to the big screen and demonstrates how acting should be done! Denzel stars and directs this actor-driven movie and Viola Davis also delivers another strong performance as well.


Fences is set in 1950s Pittsburgh and centers around Troy Maxon (Denzel Washington), a former Negro-League baseball player who’s a garbage man now. He lives with his wife, Rose (Viola Davis), and son Cory (Jovan Adepo). Troy’s younger brother Gabriel, who suffered a brain injury in the War is around the neighborhood as well. Lyons Maxson (Russell Hornsby), Troy’s grown musician son from a previous relationship comes over every week wanting some money. Every Friday, his friend and coworker Jim Bono (Stephen Henderson) comes over after work and drinks with him. The story’s main focus is Troy’s relationship with all of those people, but mainly his wife Rose and his son Cory. Cory wants to play football but Troy doesn’t want him to fail as he did in sports because he is black.

Fences was another movie I had no idea about. I thought I remember seeing the play’s commercials airing all the time when watching The Today Show in the morning a few years ago. I guess it makes sense to make this into a movie since it’s an interesting story. The reason why I decided to check this out because of the recognition it was receiving for the Golden Globes and Oscars. Clearly, Denzel should have won over mopey Casey Affleck. Viola Davis gave a powerful performance as well. I mean, if you can act and get snots all over yourself, without breaking character, you’re just in the zone and doing it right!

This movie pretty much feels like a stage play, with only a few locations being shown. There’s a few shots here and there of places but the main “stage” is the house and the backyard. Fences features quite a lot of dialogue and the performances are just excellent. It felt like the first half hour of the movie there wasn’t a second of silence as everybody was just talking and talking. I know that’s how the characters are but wish they let the characters take a breather here and there. It’s a movie, not a play so things be slowed down a little. I mean, the movie is slow but could have cut down on the dialogue a little. I didn’t think the movie needed to be this long. With my few nitpicky complaints, Fences is still a very good movie.

With that said, no denying Denzel and Viola were a powerhouse and the main reason to watch Fences. That is, if you haven’t seen the play before. As far as the characters are concern, Troy wasn’t a likable character to me. He gets more and more despicable as the movies goes on. You can see where he’s coming from but definitely a strict, stern and flawed person. You find yourself rooting for Rose and Cory throughout, at least I was. There’s a lot of things to take away from this movie like how not to be a husband, how not to be a father and things like that.
The Blu-Ray has a few extras to watch after the movie. There’s a featurette on making play into a movie, a featurette on the cast from the stage and the movie, one about Denzel as a director, and a few other things. The extras weren’t that long but gives you enough of what went into making the film.

I thought Fences was very good, and the acting was incredible. I thought the movie could have adapted to the big screen a little bit better and not be so much a stage play in film form. This is worth watching just for Denzel and Viola alone though.