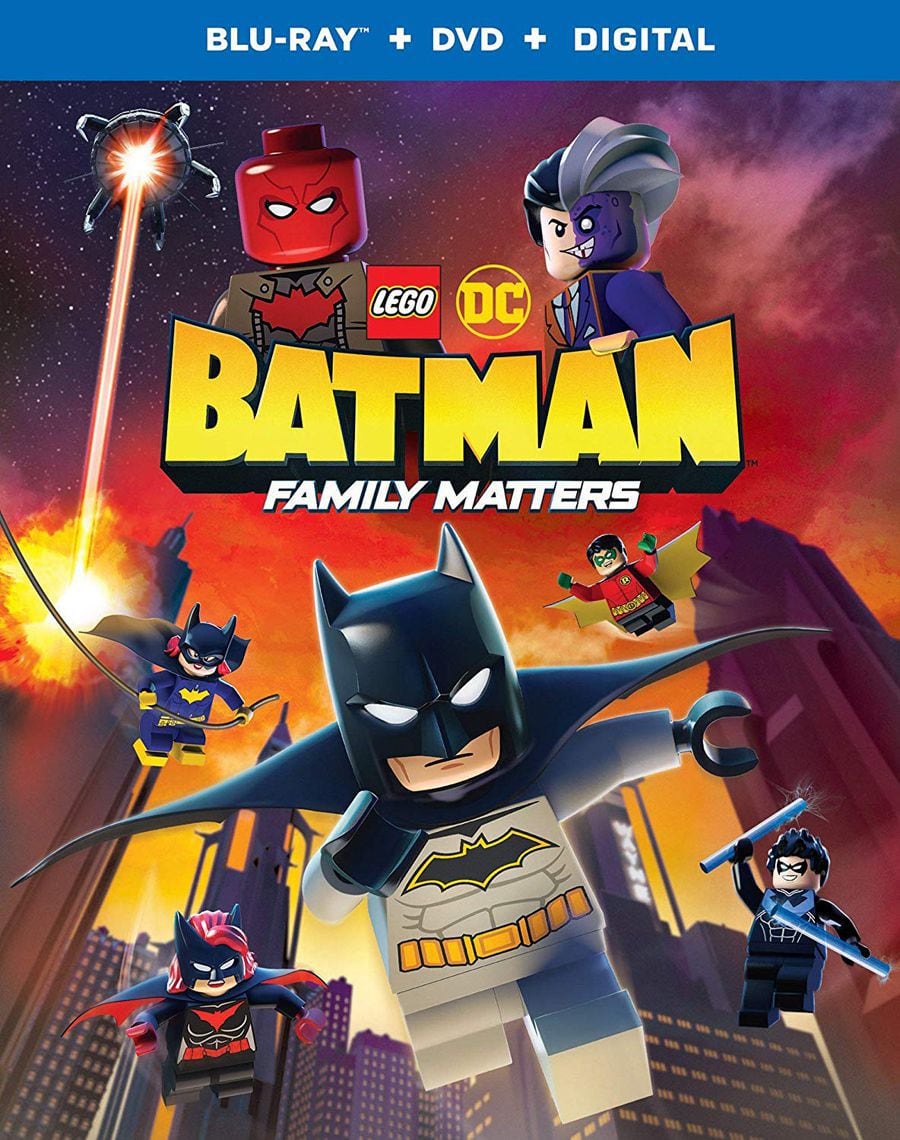 Warner Bros. Home Entertainment provided me with a free copy of this Blu-ray that I reviewed in this post. The opinions I share are my own.

At one point, Batman was a cold, hard crime-fighting loner but over the years things have changed and now he is the father figure to his protégés in Robin, Batwoman, Nightwing and Batgirl. With an entire team to lookout for and a company that runs itself, Bruce Wayne has become bored with his day life and obsessed with his nightlife. But when ominous notes begin to arrive addressed to the Bat-Family, Bruce and company have to put aside their differences and family squabbles to get to the bottom of the threats made by the mysterious Red Hood.

“Lego DC Batman: Family Matters” is family fun in the typical Lego manner. Jokes both corny and witty are thrown around at ease for observant children and keen eyed and eared parents and comic book fans of all ages. I thought the movie was a fun and unique introduction to the Red Hood and his revamped origin which is waaaaaay too dark in the comics to be told in a Lego movie. The Bat-Family works great together all the while picking on each other and making humorous jabs at one another in a light-hearted way. Batgirl is strong, level-headed and her boyfriend Dick Grayson is often forgetful but a born leader. Batwoman is edgy and unpredictable but reliable when things are on the line and, one of the best things about this version of the Bat-Family is that Damien Wayne as Robin is likeable and charming. And of course Batman’s personality carries over from the Lego Justice League movies and Lego DC video games.

With the involvement of Two-Face and other Bat-Villains, the Red Hood begins to terrorize Batman with notes of a personal matter and threats of danger but in the background an even bigger threat looms on the horizon. Brother Eye is an artificial intelligence program that, unintentionally scorned by Bruce Wayne due to his lack of interest in Wayne Enterprises matter, begins to cause chaos throughout Gotham City. Attacked on two fronts, the Bat-Family splits up to take care of both sides of the fence.

It is revealed that Red Hood is actually Jason Todd back from a sabbatical after a misunderstanding with Batman years ago. Thinking that Batman had forgotten about him, he just wanted his former mentor to pay attention to him. Batman reveals to him that he’s been tracking Jason’s movements since he left until recently when he went off radar. He also showed video of Batman checking in on him daily. After the dynamic duo make amends, the team up to take care of Two-Face, who is looking to destroy both Bruce Wayne and Batman and to take over Wayne Enterprises for his own nefarious means…and fend off the ever-growing AI that has become Brother Eye.

With victory at hand, the entire Bat-Family, including Ace, gathers to celebrate the reunion of Jason Todd and once again go out to patrol Gotham as a united family.

As I mentioned before, Lego movies and video games are always chock full of family friendly humor without being too childish with simple jokes and punchlines. They always seem to make me smile and laugh no matter the subject matter and are most often quite enjoyable. Whether you’re watching through with your kiddos, your significant other or by yourself on a lazy afternoon, you’re bound to crack a smile and generally have a good time.

Bottom Line: A fun, light-hearted and family friendly romp around Gotham with the Bat-Family that also introduces one of the most interesting Batman characters of the past twenty years into the fold in the Red Hood.