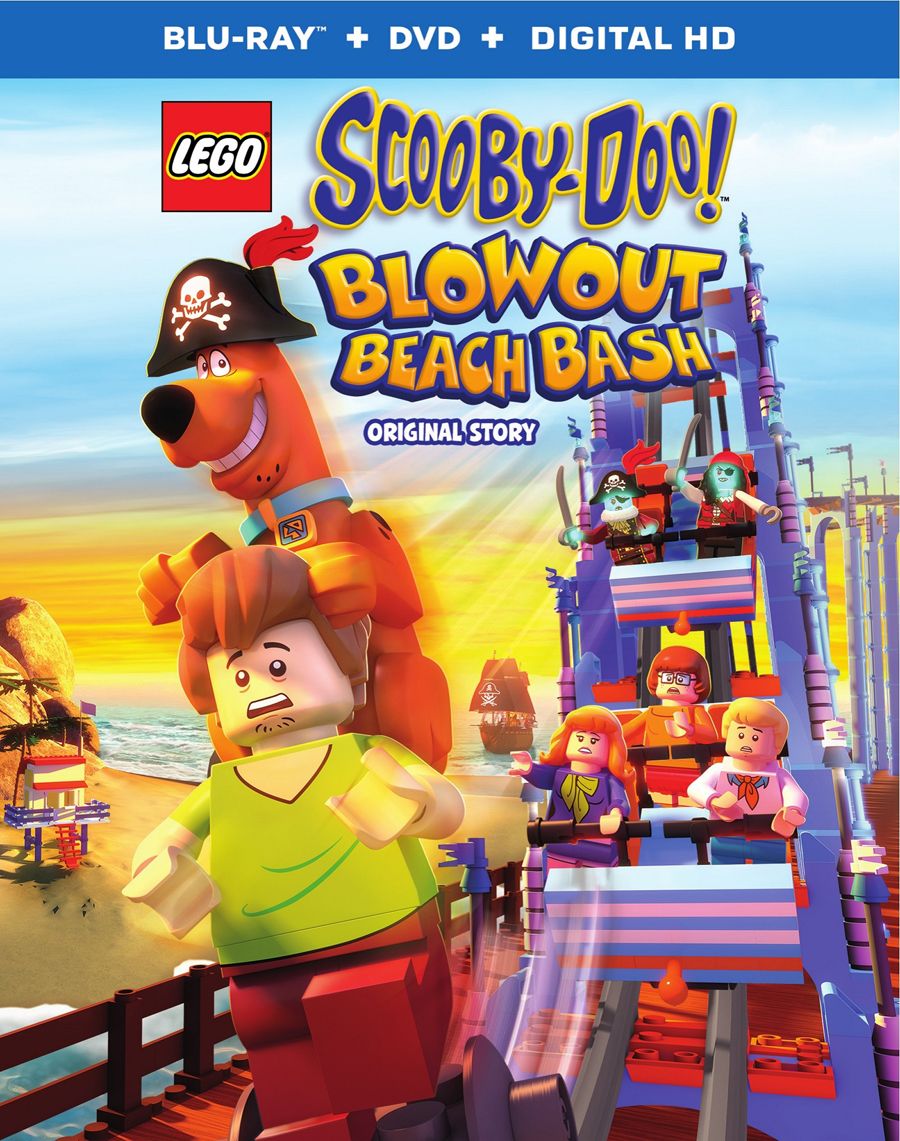 Scooby-Doo! and the gang is on their way to Blowout Beach for some fun in the sun but, as always, Scooby and the gang just can’t catch a break even while on vacation as Ghost Pirates threaten to ruin the gang’s good time.

Matching the witty humor of the Lego video game and movie franchise with the outlandishness of Scooby-Doo! and the gang is nothing short of a match made in heaven. “Lego Scooby-Doo!: Blowout Beach Bash is the latest installment of the Scooby-Doo! Lego animated movies. It follows the gang as the head out on a nice weekend vacation on the beach with good times to be had by all. Their fun gets spoiled by…you guessed it…a mystery!!! Mysterious Ghost Pirates have scared away all of the paying customers on the beach and boardwalk and have laid claim to important party relics. This has caused the cancellation of all of festivities for the weekend. Caught up in what they do best, Mystery Incorporated answers the call.

Sometimes the Lego animated movies tend to lean more towards a preteen audience with things like Ninjago and NEXO KNIGHTS providing G rated action and antics. What I liked and appreciated about “Blowout Beach Bash” was that it truly felt like an episode of “Scooby-Doo” first and then it added even more over-the-top antics in which the Lego animated movies/shows are known for on top of that. I was also a fan of having Matthew Lillard reprise his role of Shaggy from the live action movies by voicing him in this animated movie.

The writing was well done as it managed to incorporate many of the gags and references from the original “Scooby-Doo!” cartoon into the even more goofy Lego gags that have carried over from other animated movies…such as pigs randomly appearing in different scenes.

Special features on the disc include three bonus cartoons from the original “Scooby-Doo!” show as well as various trailers for upcoming releases.

Whether you’re a fan of Scooby-Doo! young or old be it the original cartoon or any of the newer animated releases including the Lego stuff, “Scooby-Doo!: Blowout Beach Bash” is a laugh a minute and is true to the characters but with an added layer of Lego goodness. You can easily sit down and watch this with your kids, with your friends or even by yourself and still have a few laughs and chuckles. It’s like a long lost episode from the original cartoon…but with Legos!

Bottom Line: A fun mix of classic Scooby-Doo! and Lego antics wrapped into one fun and exciting spooky pirate adventure. This is a great release for fans of both the original cartoon and anything Lego…much like myself.
Running Time: 77 Mins.
Rating: Not Rated
Extras Rating:
Overall Rating: