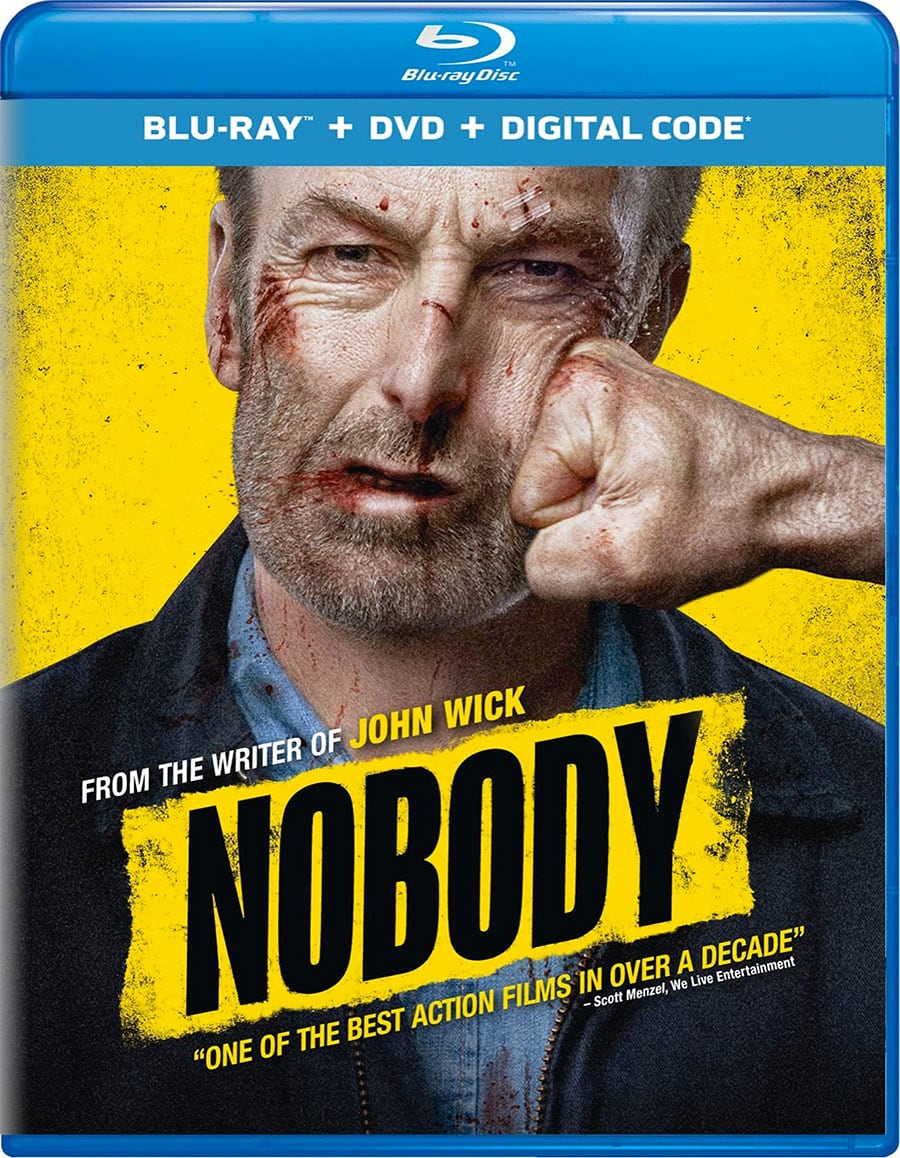 The most unlikely action star of 2021 is none other than Bob Odernkirk! A movie that came out of nowhere for me is Nobody but any action movie fan should have this on their radar. If you love John Wick, you’ll love Nobody!


Nobody is about Hutch Mansell (Bob Odenkirk), a seemingly ordinary man that has a wife, 2 children and a boring job, working for his Father in Law (Michael Ironside). One night, a couple breaks into their home and his family think he’s a failure for letting the thieves go. After that, he tracks down the couple but decides not to do anything after seeing they had a sick baby. On the bus ride home, a gang decides to harass a young woman so Hutch takes it upon himself to take his anger out on them. By doing that, he basically has declared war on the Russian mob. The problem for the Russians is they don’t know who they got mixed up with.

From not knowing anything about this movie, I absolutely loved it when I watched it. All I knew it had some people that worked on John Wick a part of it, Bob Odenkirk starred and that was about it. Unlike John Wick, this movie felt more grounded in that you see the hero getting hurt, wounded, etc. No make-believe bullet proof jackets. The ending was a bit far fetched but at that point, you’re on board with the movie and just want to watch an entertaining finale. It’s something about characters where they have a mysterious past and trying something new that I always liked in action movies. Steven Seagal and Liam Neeson movies come to mind. It’s kind of why I want to see more of this character because I think there’s still a lot to uncover.

The action is the main selling point but having Bob Odenkirk as the lead just feels right to me, even though he’s never really done an action movie like this. He started out as a comedy writer after all. It’s crazy what Breaking Bad can do to your career. Apparently Bob had experience with break-ins before and had this idea in his head. He pitched the concept and was training before the movie was even green-lit. I think all the hard work paid off because this is one of my favorite movies of 2021. Having Christopher Lloyd and RZA be a part of his family was interesting and cool too.

The Blu-Ray contains some featurettes like deleted scenes, fighting/stunt training featurettes, and a few other things. The deleted scenes mainly involved Hutch’s Father in Law trying to get inside info on him and his backstory. Then Hutch’s former handler showed up to take care of things. The fight featurettes were great because they go into a lot of detail on the choreography, how much training Bob went into to make this movie look right, grounded and just bad-ass. There’s also some commentaries on here but I usually don’t listen to them unless it’s a movie I’ve seen a hundred times.

Nobody is such a fun action movie! It’s a surprise hit for me and I hope this spawns a franchise in that we maybe get 1 or 2 more movies but not more than that like john Wick is heading. Seeing Bob Odenkirk kicking ass is a treat but seeing Christopher Lloyd in this was a joy as well. I highly recommend checking this movie out, you’ll enjoy it!