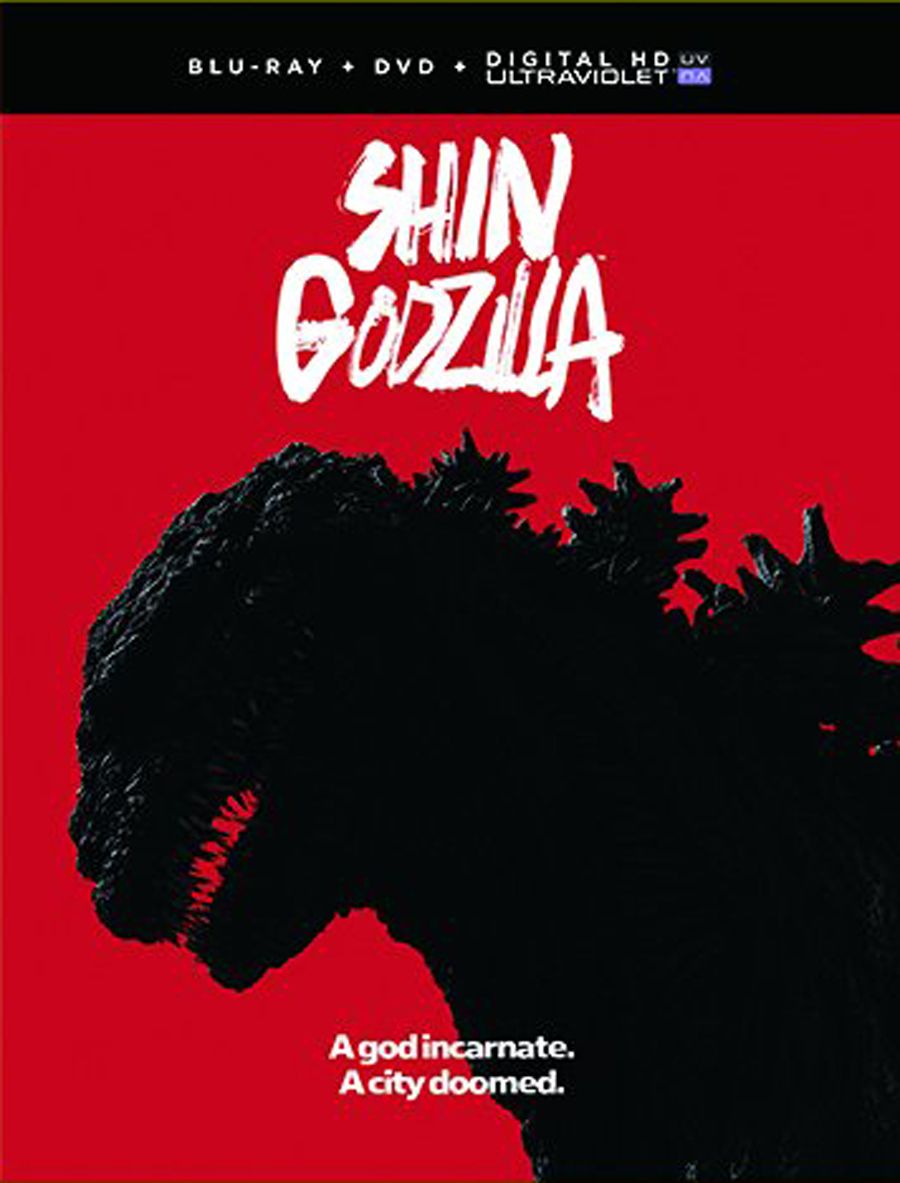 What happens in the modern world when man’s carelessness and recklessness meet Mother Nature’s relentless destruction and a nigh-immortal harbinger of the forces of nature?

With unlawful dumping of nuclear waste in Tokyo Bay followed by the disastrous tsunami and earthquake in 2011, “Shin Godzilla” documents what happened in 2011 and what could happen when mother nature catches up to the folly of man. This movie is a modern day reimagining of Godzilla’s Cold War era nuclear disaster origin focusing on the events that occurred in Japan after the horrific natural disaster. It is also a statement directed at the Japanese government’s inaction and uncertainty following the nationwide disaster.

“Shin Godzilla” opens up with an emergency summit being called due to high levels of radiation in Tokyo Bay. With plenty of government lackeys trying to figure out the whys and hows, suddenly a giant creature emerges in the waters of the bay. With data stating that this creature is nothing like anything the world has seen before, government officials gather specialists ranging from biologists to zoologists in order to formulate what they are dealing with. Assuring the people of Japan that the creature is limited to the water and that it would crush itself under the sheer weight of its body if it were to try to come ashore and to go about their daily business, the creature then resumes to make landfall causing chaos and destruction abound.

To describe the creature that would eventually become Shin Godzilla, it has stubs for arms, enormous hind legs, an extremely large tail, stubby handless arms protruding from its shoulders, gaping slits in its body that organic fluid and blood gushes out of, beady round eyes and rows upon rows of sharp teeth. Shin Godzilla cannot yet walk upright and basically writhes around and slithers through the city knocking over buildings as it tries to make its way to around. This version of Godzilla is by far the creepiest version of Godzilla that I have ever seen. There was such a great horror vibe surrounding Godzilla’s first appearance to the world and was reminiscent of the creepiness of the original black and white Godzilla film.

As Shin Godzilla continues its wrath of destruction across Japan, the government officials gather in order to decide what to do about the creature now terrorizing the people of Japan. As they try to formulate a plan they realize that Godzilla is mutating. Where at first it seemed like nothing more than a lost and injured animal, now, standing upright and emitting high levels of radiation, Shin Godzilla forces their hand. While it is unclear what Godzilla wants or possibly needs, the Prime Minister makes a historical decision to send in military troops to open fire in a recently evacuated city.

Throughout the course of the movie the plot shifts focus from the unbridled destruction of Godzilla in the populated areas of various Japanese cities to the difficult moral dilemmas and harsh decisions that the Japanese government must decide whether to make or not. On one hand you have those that want to study this amazing new species that appeared out of nowhere and on the other hand you have those that want the thing dead and gone immediately no matter the casualties or destruction caused. The Japanese government must deal with situations that have no precedent all the while dealing with the pressure of global powers with their own agendas.

While most of the destruction caused by Shin Godzilla was either unintentional or in self-defense, it’s still safe to say that he could possibly be one of the most powerful representations of Godzilla ever put to film. When he unleashes his unbridled fury upon the Japanese military, it is a piece of Godzilla film mastery. Not only does Shin have its atomic flame breath but it can also shoot beams of nuclear energy from its fins and tail. It is also mentioned that Shin Godzilla could possibly manipulate his matter in order to make itself smaller, larger or even achieve flight!

“Shin Godzilla” harkens back to the earlier Toho Godzilla movies that played upon the fears that society had at the time. With the dropping of the bombs on Hiroshima and Nagasaki fresh in their minds and the constant threat of global nuclear annihilation looming around every corner, Godzilla embodied those fears a thousandfold. Godzilla was a moving, breathing representation of man’s ignorance and of the threat of atomic energy. Shin Godzilla is still very much a living embodiment of those fears but with a modernized origin based on the very real events from six years ago.

Being a fan of Godzilla movies since I was still in diapers, “Shin Godzilla” made me feel like the first time I ever seen the original movie and it creeped me out in a mouth-dropping way much like Godzilla (1985) did. I almost wanted to hide myself under a blanket on the back of the couch much like I used to do as a little kid. Some of the political bureaucracy aspects of the film felt repetitive and drawn out, overall those parts did a great job of setting up the end game that brought a very satisfying ending to the movie. The director also did a great job of grounding the movie enough that, at times, it would make you think about what it would feel like if a creature like Godzilla really did appear in our world.

Whether you’re a fan of the classic Toho Godzilla films, the new Legendary stuff or any of the various reboots of the Japanese Godzilla, “Shin Godzilla” is an exciting reimagining of the legend that is Godzilla that is very true to the roots of the character while placing a modern take on the franchise with some elements of horror included. It’s a far cry from the rubber suited master of kung fu version of Godzilla but still something that wears its’ love of Godzilla on its sleeve. True to the nature of the earlier Godzilla movies it also reminds you that it’s not Godzilla who is the monster in this world.

Bottom Line: A modern take on Toho Godzilla that is just as scary as it is poignant. What would truly happen if Godzilla appeared out of nowhere from under the depths of the ocean? I found myself with my mouth gaping in awe on quite a few occasions.
Running Time: 120 Mins.
Rating: TV14
Extras Rating:
Overall Rating: