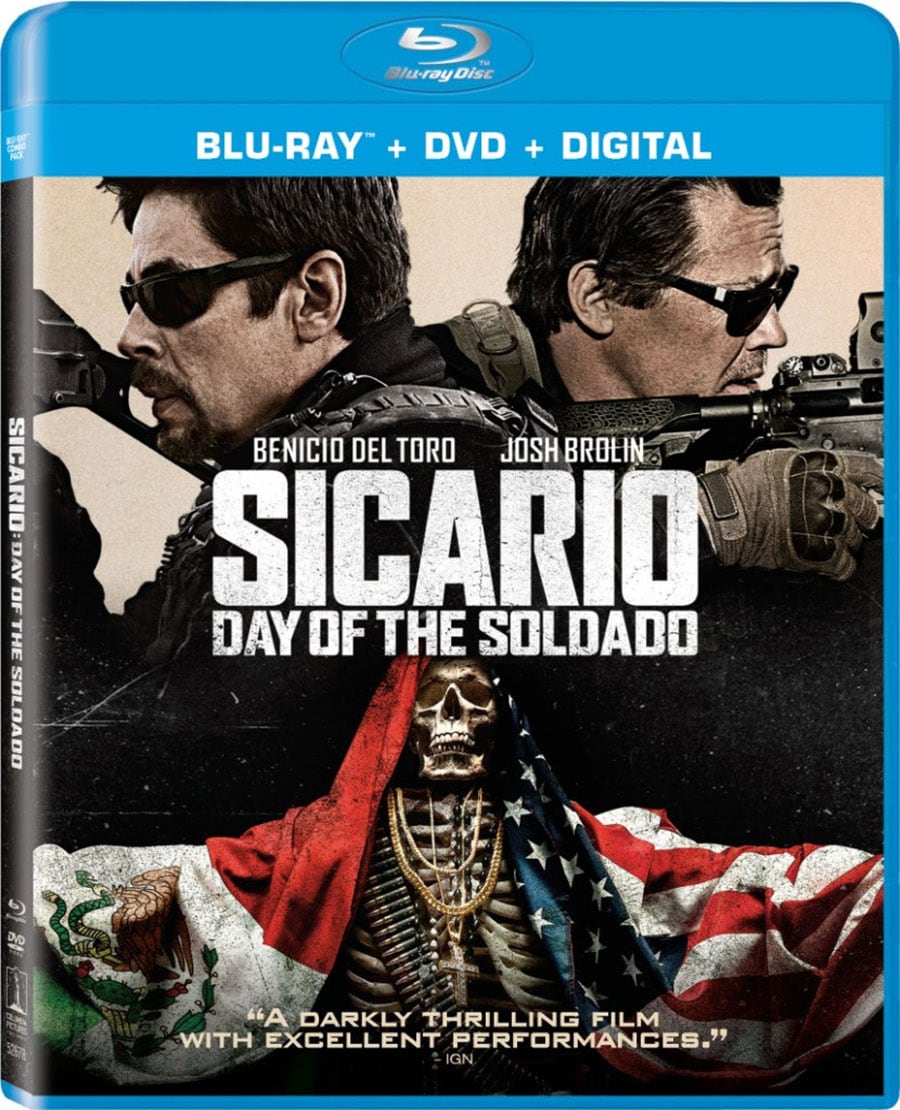 I never got around to seeing Sicario until the day I watched this sequel. Glad I finally watched both these movies since they were a grim and brutal look at what’s happening down at the border and in Mexico.


The film opens with a terrorist attack in a store that kills 15 people. The Government appoints CIA agent Matt Graver (Josh Brolin) with going after the Mexican cartels since they are suspecting of smuggling in terrorists across the border. Graver recruits black operative Alejandro Gillick (Benicio del Toro) again and they decide to kidnap a rival cartel kingpin’s daughter in a false flag operation to get the two cartels going after each other. Things don’t pan out the way they hoped.

The sequel isn’t as good as the first movie but that’s because the first movie was so well done it was hard to top it. With that said, it’s still a very good movie and Benicio del Toro shines even more in this. The first movie was more of revenge film and this is more about the the U.S. government Josh Brolin was good but the second half of the movie, he’s not in it as much. I’m assuming because he was too busy wiping out the planet’s population on another movie. Those two guys carry the weight of the two movies, but clearly we’re missing Emily Blunt’s character. It was nice to have someone who wasn’t familiar with how things went on, and judging by how her character ended things with Alejandro, not sure how she would be willing to come back and participate in another op. As much as I wanted to see her character in the sequel, I still was okay with just Josh and Benicio as the two main stars.

I like the storylines for both these movies and hoping they continue. Would be nice having the same actors in the sequels but the storylines can work without them going forward. I could see them doing another movie with just Jeffrey Donovan’s character. Will people still see the next movie if that was the case? Not sure. What makes this work, as well as the first movie is the screenplay by Taylor Sheridan and just the grim reality of some of these stories. The second movie doesn’t feel as realistic as the first movie, though parts of it certainly does. The opening scenes were great and gripping stuff. The first half was good and then it went into another direction with the kidnapping of the kingpin’s daughter and Alejandro getting protective of her. I didn’t mind it but kind of wish they stuck to the terrorists getting smuggled in at the border plot instead. The kidnapping plot did give the mysterious Alejandro a lot more depth though.

The Blu-Ray has 3 featurettes, from Film to Franchise: Continuing the Story, An Act of War: Making Sicario: Day of the Soldado and The Assassin and the Soldier: The Cast and Characters.The film to franchise is featurette about expanding the storyline and turning the first movie into something more. The second and third one is just showing interviews and behind the scenes footage. Nothing too exciting but something fans of the two movies will want to check out.

Sicario: Day of the Soldado isn’t the first movie but it’s still a gripping, grim and brutal look at what’s going down at the border between the U.S. and Mexico. If they do make another movie, I hope it’s more in line with the first movie. Something that is more believable and realistic, but also has the full cast back for it.

Features:
From Film to Franchise: Continuing the Story
An Act of War: Making Sicario: Day of the Soldado
The Assassin and the Soldier: The Cast and Characters