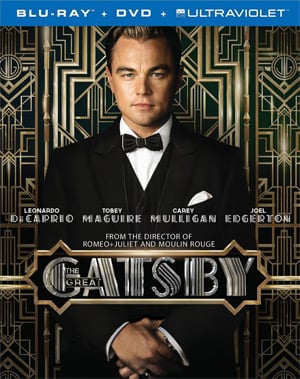 If The Great Gatsby is going to win any awards this year, its going to be a Razzie. I went into the movie with an open-mind but that didn’t last long. Out of all the movies I watched this year, this had to be the worst unfortunately.


The Great Gatsby is based on the novel by F. Scott Fitzgerald and is about Nick Carraway (Tobey Maguire), a midwesterner who moves to Manhattan in the Roaring 20s. He ends up renting a house next to mysterious and rich business man Jay Gatsby (Leonardo DiCaprio). Gatsby throws a bunch of parties in hopes of luring back Nick’s cousin Daisy who lives nearby. Things happens, rich people do things, people dance to bad autotune, and rich people die. All done in a glitzy, annoying way.

I normally try to review movies from start to finish but I must admit, it didn’t take very long before I wanted to turn off Great Gatsby. I kept trying to trudge along but it was very hard to do so. From the first frame, Baz Luhrmann’s lucrious, over-the-top pile of flashy crap is just what it is, crap. The acting is bad, the over-the-top CGI backgrounds looks like something out of a Pixar film and then there is the music.

Whenever I think of the 1920s, I always think of Jay-Z and inaudible autotune music. What drugs was Baz smoking when he thought having Jay-Z supervise the soundtrack? I know he’s trying to take some modern take on it, but hearing modern music in a period piece immediately takes me out of the movie. Maybe I’m just one of the people that “doesn’t get it.” That may be true since I haven’t gotten the rest of Baz’s films like Romeo + Juliet, Moulin Rouge, and others. I never watched that movie A Knight’s Tale with Heath Ledger (I know it’s not a Baz movie) because of the classic rock soundtrack in a Middle Ages movie. It just doesn’t fit! So when I see a bunch of flappers grinding to some bad autotuned hip-hop songs, I want to throw the movie out of the damn window.

It’s a shame the acting is bad because a lot of the actors in this movie are great. I blame a few things: the script, the direction and filming everything on a green screen. I really hate how a lot of directors have everyone acting in front of a green screen in some stuffy soundstage. It makes the acting so wooden and that’s the case with this one. Sometimes it works but in this case, I didn’t think so. I hate to be so negative on a movie review since I try to find positives in most movies but I just couldn’t think of any. I probably shouldn’t have even watched this but I wanted to see if my opinion of Baz Luhrmann has changed. It hasn’t. I’m sure all the hipsters who dress up like people of the 1920s and go to Governors Island will love this, but I didn’t.

Features:
The Greatness Of Gatsby: Follow Director Baz Luhrmann’s Journey To Bring The Great American Novel To The Silver Screen
“Within And Without” With Tobey Maguire
The Swinging Sounds Of Gatsby
Deleted Scenes With Alternate Ending
The Jazz Age
Razzle Dazzle: The Fashions Of The ’20s
Fitzgerald’s Visual Poetry
Gatsby Revealed
1926 The Great Gatsby Trailer