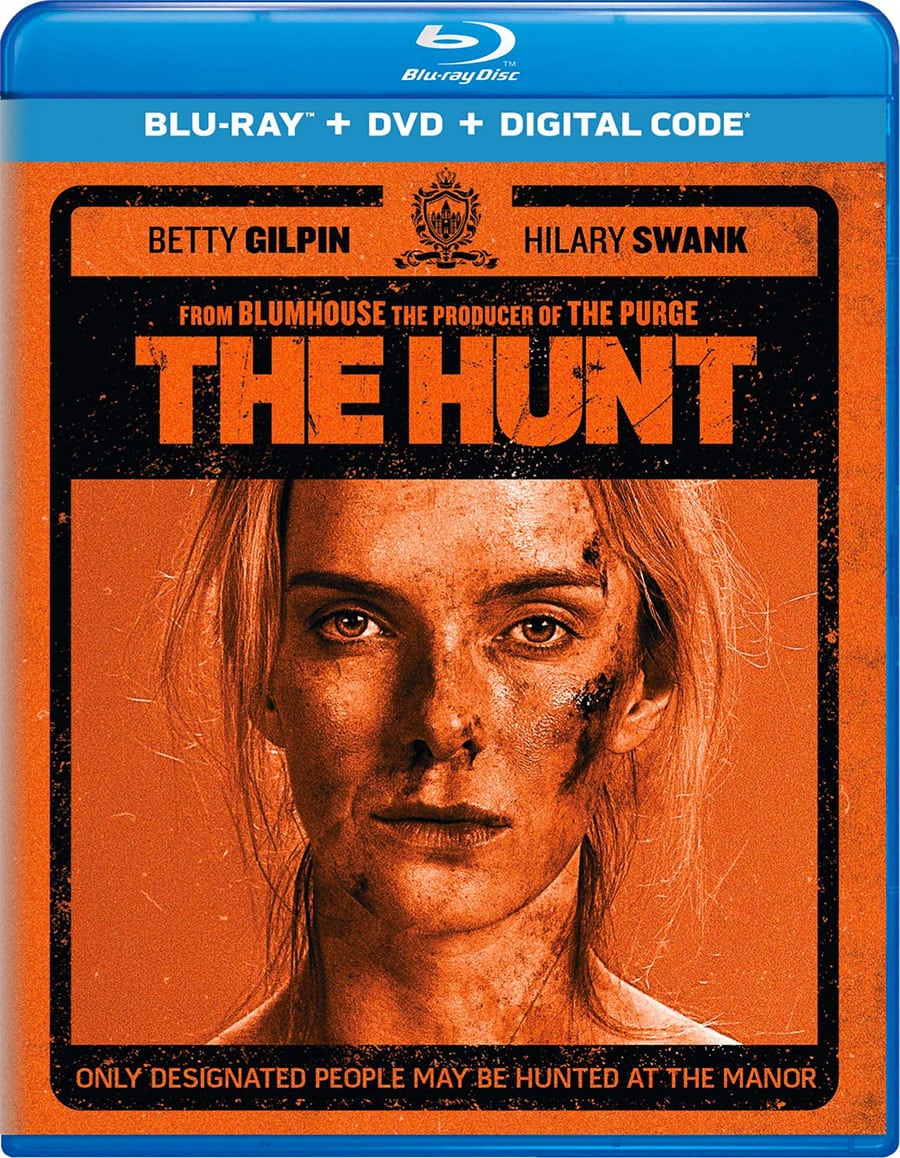 The movie that caused some controversy before it even got released is finally out on Blu-Ray, DVD and Digital. The Hunt is a combination of satire, social commentary, horror and action thriller. This movie isn’t for everybody but I certainly enjoyed it.


The plot of the movie is pretty basic, a group of captives are released out in a forest with some weapons with no recollection on where they are and how they got there. They realize it’s a part of “Manorgate,” where a group of “liberal elites” roundup “deplorables” to hunt them. One captive, Crystal Creasey (Betty Gilpin) seems one step ahead of everyone else and begins to fight back against her captors.

I heard about this movie when Universal decided to postpone release of it with all the shootings happening. So that in turn created controversy by not releasing it, it was finally released on digital platforms in March because of COVID-19. I guess the subject matter could have something to do with it. I found it really hilarious that it was the liberals that were the captors. The satirical approach to the dialogue and what was happening made the move really funny to me. Sure, it’s beyond messed up but still enjoyed the movie a lot.

The Hunt makes fun of both sides very well, but I kind of wish we got more of the backstory of the “liberal elites.” They showed a glimpse of what happened and how the hunt began. One of the funnier scenes to me was seeing the elites looking at a slideshow on who to pick. I also liked Amy Madigan and Reed Birney’s scenes at the gas station. Ike Barinholtz was funny in the scenes he was in. Unfortunately, the majority of the cast barely makes it that long to get to know them. You get to know about the individuals later on through other people but wish they lasted a little longer. Betty Gilpin was a badass and an obvious standout. Hilary Swank was good in the scenes she was in, but could have used more of her in the movie as well.

There’s only 3 brief featurettes that just give you a taste of filming, some cast interviews. There’s Crafting the Hunt featurette where co-writer Damon Lindelof talks about how the movie represents the political divide in this country. The death scene breakdowns is obvious and shows some of the special effects used for their death scenes. The Athena vs Crystal is just a fighting featurette. Quick and easy and not much else on the Blu-Ray.

The Hunt was amusing to me from start to finish. I like the satirical comedy portion the most, but the thrill and action was great as well. I thought it had the right amount of comedy, action and horror. I write the word horror because I guess some of the deaths can be a bit gory but wasn’t too bad. I laughed out loud several times. Maybe I have a sick sense of humor and “got” the movie. I think others will be turned off by this. The Hunt reminded me of Hunger Games (obviously) for certain elements but it mostly reminded me of The Belko Experiment and the last season of the highly underrated TBS comedy series Wrecked. Give this one a shot.

Bottom Line: A funny satirical thriller that not everyone will like or appreciate
Running Time: 90 mins
Rating: R
Extras Rating:
Overall Rating: