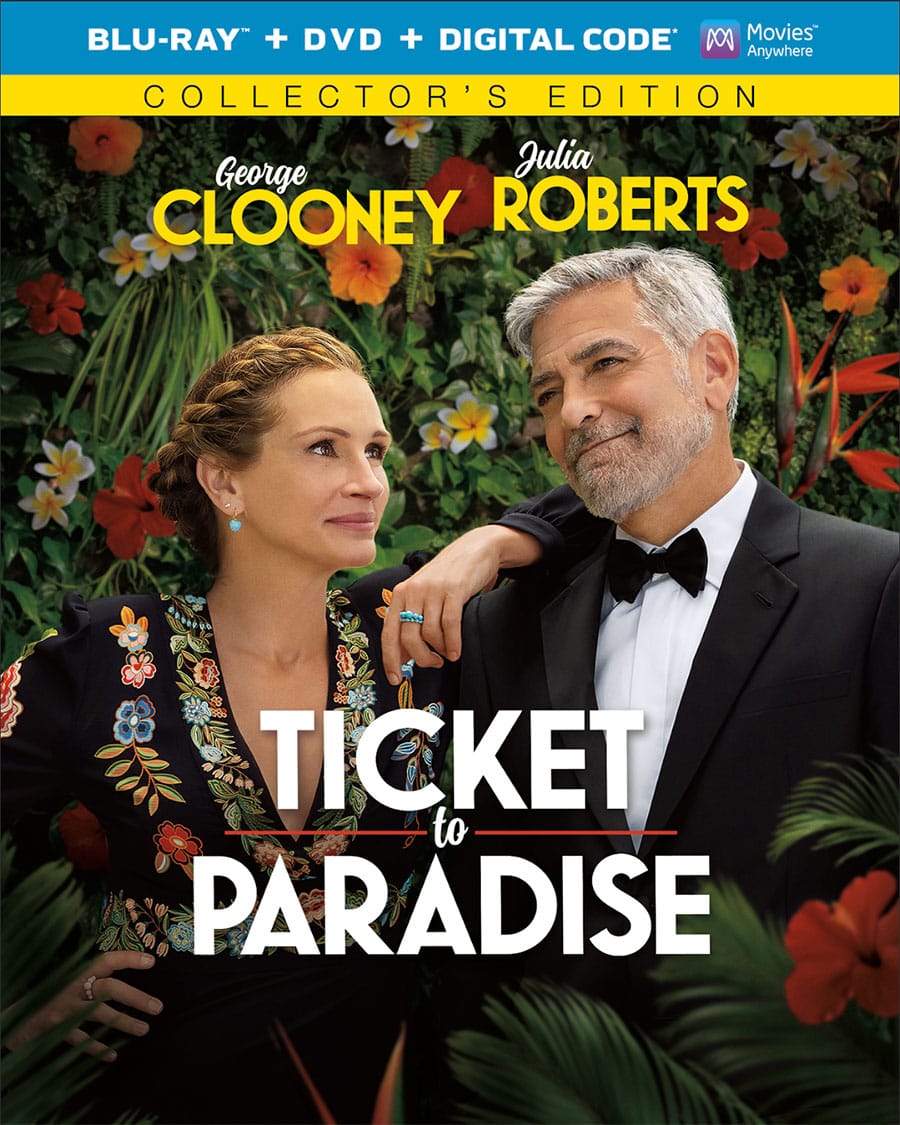 Julia Roberts and George Clooney have returned to the rom com genre and once again have shared the screen together (Ocean’s Eleven, Confessions of a Dangerous Mind, Ocean’s Twelve, Money Monster). Ticket To Paradise is entertaining but it’s a little bit predictable with the rom com tropes.

The movie is about David (George Clooney) and Georgia (Julia Roberts) Cotton, who are no longer married and don’t want to be in the same time zone as each other. They are forced to be near each other when their own daughter Lily (Kaitlyn Dever) graduates from law school. Her college friend Wren (Billie Lourd) and her take a trip to Bali to celebrate. While there, Lily falls in love with a seaweed farmer named Gede (Maxime Bouttier) and gets engaged. She plans on living there permanently and not starting her law career like they thought. David and Georgia fly to Bali and form a temporary truce to convince their daughter she is making a mistake like they did with their own marriage.

I had no expectations for this movie but was the least bit curious how it would be since Julia and George were in this. It was fun seeing them in this type of movie again, but there were just too many typical rom com plotlines or tropes in there. The grumpy divorced duo being forced to spend time together, the two bonding over trying to sabotage their only daughter’s wedding, only to get drunk and maybe ya know. Then when the movie finally gets done, you’re not the least bit shocked the way it turned out. I’ve seen this type of storyline not just in romantic comedies but other movies, like The Abyss for instance. The storyline with Lily seemed a little rushed in what, she fell in love over a few days with a guy who rescued her from swimming in the water? I don’t know, I’d probably do the same thing as her parents in this movie.

With that said, the movie was still fine and fun to watch, especially with George and Julia acting together. You can tell they just enjoy each other’s company, even when they are faking it in a movie. The end credits gag sequence is proof of that. Lucas Bravo’s character was funny, and Billie Lourd could have used more screen time as well. Kind of hard to fit other actors in when you’re competing for screentime with the likes of George Clooney and Julia Roberts.

The Blu-ray has a few featurettes to watch like Return of the Dynamic Duo, Destination Wedding, Production in Paradise, and Keep a Straight Face. The first one is about George and Julia starring in a movie together again and how the movie was written specifically for them. The production ones were about filming in Australia in place of Bali. The last one is Kaitlyn and Billie being good friends in real life and how that carried over onto the screen.

Ticket to Paradise doesn’t really offer up anything new in the genre, but it’s still entertaining at least. Most will find this movie enjoyable, some will think it’s okay or not that great. I thought it could have been less predictable and done things a little bit differently than other rom comes of the past.