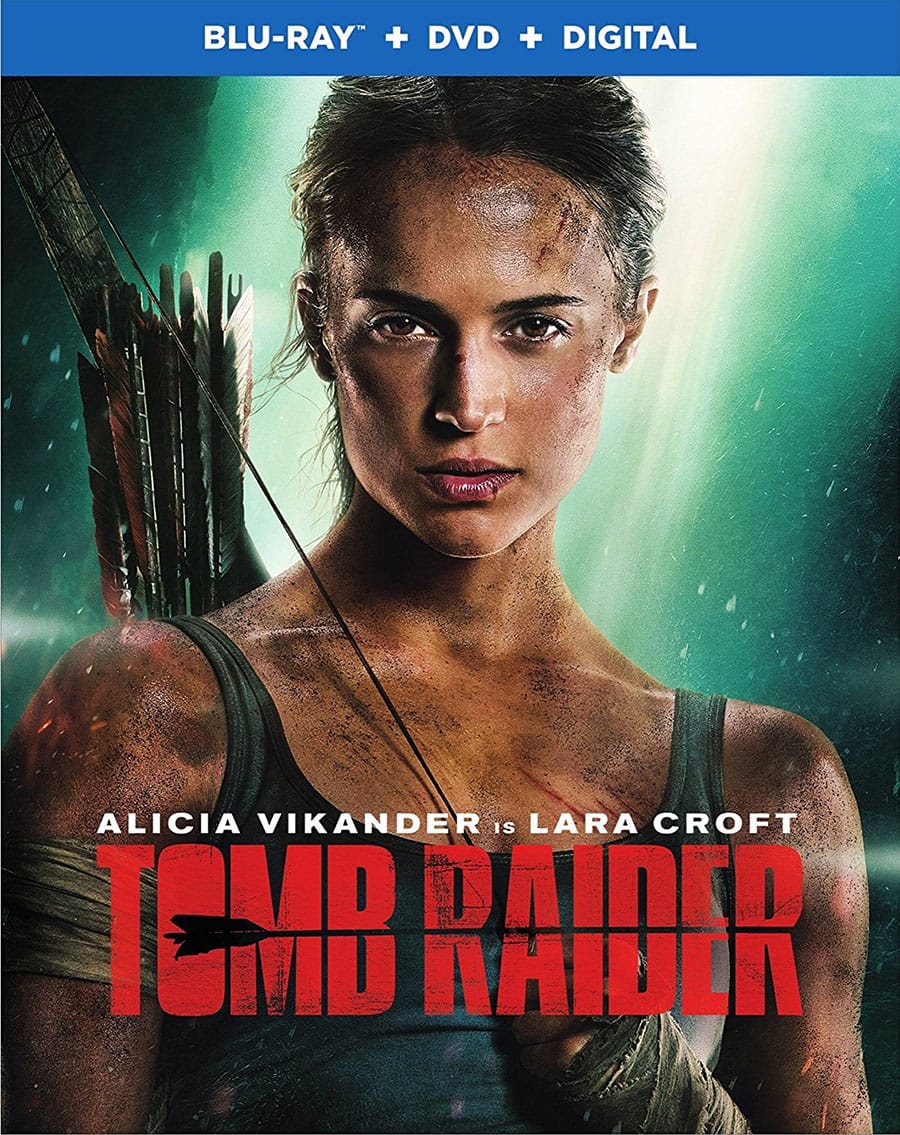 I never played Tomb Raider or even seen the Angelina Jolie version but some reason I wanted to check this out. I’m all for a grounded version of Tomb Raider. While the movie was decent in parts, something still felt oddly generic about it.

Lara Croft (Alicia Vikander) is a bike courier who finds out that her deceased Father’s (Dominic West) estate will be sold off if she doesn’t claim it. There she finds out what her Father was doing, which was researching Himiko, the mythical Queen of Yamatai. She decides to go and investigate more. She hires Lu Ren (Daniel Wu) to captain a ship for her, which capsizes during a storm. They both wake up on an island, in the control of Mathias Vogel (Walton Goggins). Vogel is a leader of the expedition to uncover the tomb. Lara has to find the strength to escape, fight against Vogel and his team, and find more about her Father’s research. Or something.

I went into the movie with an open-mind like try to do for most films. I think the first half of the movie was bogged down by a boring back story and pacing was just off. I think once Daniel Wu or Walton Goggins showed up, is when I started to like the story or felt it was interesting enough. You can never have too much of Walton Goggins. I thought Alicia Vikander looked the part, and was badass when it came time for it. With that said, still felt like she didn’t have any personality, the character was just pretty bland. Her character didn’t have much dialogue so that could have been a problem.

I liked that the movie was more grounded in reality and felt more like Indiana Jones than a cartoony video game. Even the final scenes in the tomb felt like something in Indiana Jones or the Mummy. I still liked it and thought it was fun; it was certainly my favorite scenes in the movie if I had to pick something. I just think the beginning could have been better or less boring.

The Blu-Ray has a few standard featurettes but nothing that special. One with the director and cast talking about the movie and their roles, one featurette on what went on with the training for the role of Lara Croft, a breakdown on that rapids scene and a history of the game character. There’s also a digital HD code included but that’s usually a given with these movies now.

Tomb Raider isn’t that great but it’s entertaining to watch when there’s nothing else on TV. I think the movie needed more personality and dialogue from Alicia Vikander. I appreciate what she did for the role and handled the action excellently though. I actually thought the movie needed a little bit comedy mixed in it instead of taking itself so seriously. The one scene Nick Frost is in was great and funny, and wish there was more of him in the movie than one scene. The action and story was realistic for a movie and liked that approach. I wouldn’t be opposed to another Tomb Raider with some of this cast but the script and direction needs to be change.