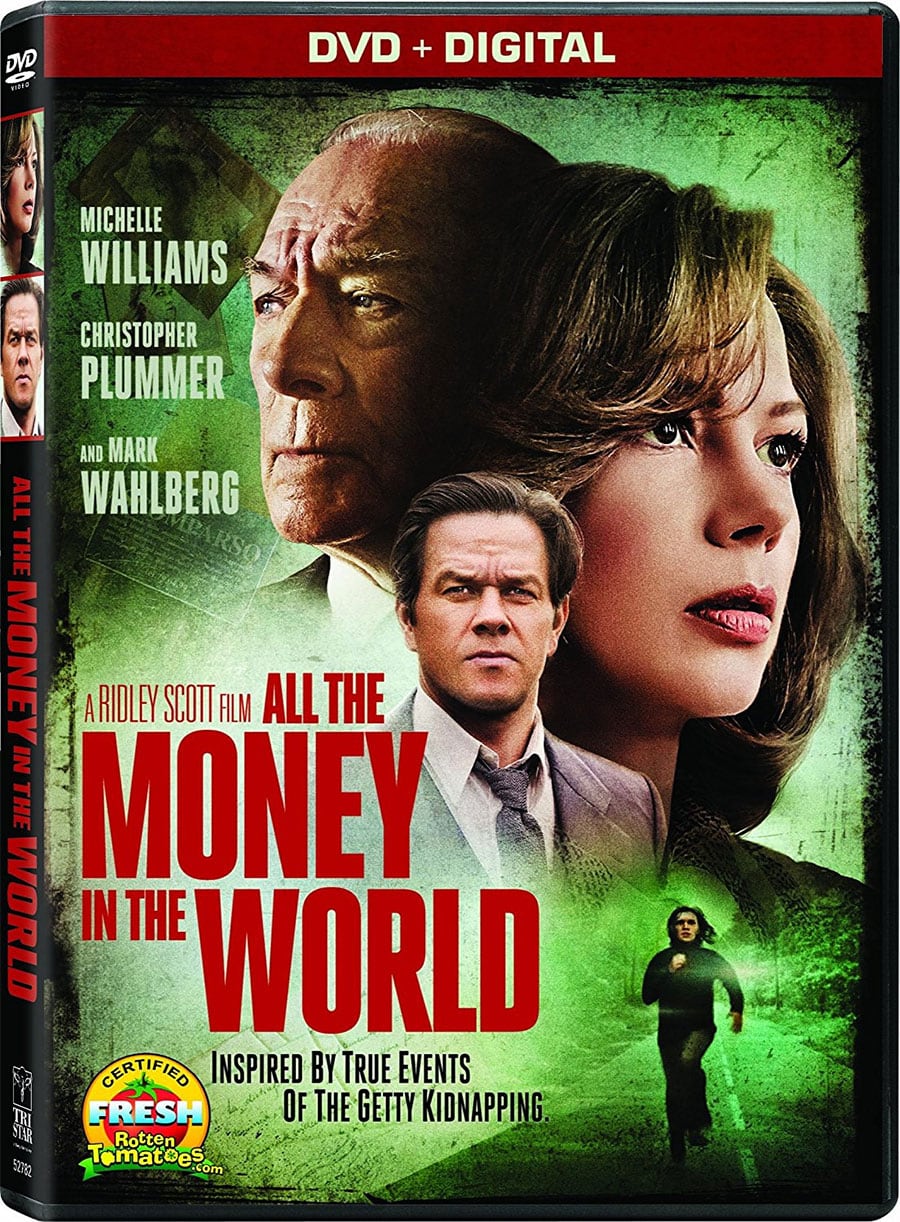 The movie everybody was talking about in December, not because of the movie but because of Kevin Spacey and then the fees some actors got. All The Money In The World itself is an exciting thriller, especially if you aren’t familiar with the true events.


The movie is is based on John Pearson’s 1995 book Painfully Rich: The Outrageous Fortunes and Misfortunes of the Heirs of J. Paul Getty. While John Paul Getty III (Charlie Plummer), the grandson to J. Paul Getty (Christopher Plummer), is vacationing in Italy, he’s kidnapped by an organized crime ring. His mother Gail (Michelle Williams) must try to convince her former Father-in-Law to pay the ransom. Eventually, J. Paul Getty asks Fletcher Chace (Mark Wahlberg), a Getty Oil negotiator and former CIA operative, to investigate the case and secure Paul’s release. Fletcher and Gail join forces to try to stop the kidnappers from harming John Paul Getty III before it’s too late.

I wasn’t aware of this story or the Gettys for that matter. I knew of the Getty museum opening, but never knew where it came from. Getty was a typical rich person, didn’t care about anyone but himself and was quite frugal. He bought a bunch of art over the years, which is why the museum was created after he died. The way he interacted with his family, and his reasoning for not wanting to pay the ransom was sickening. Not sure what was real or not, but seemed like it was mostly real. It was certainly thrilling either way.

Mark Wahlberg’s character was likable, and Michelle Williams played Gail really well. Christopher Plummer as Getty was pretty much perfect. For only filming for a little bit after Kevin Spacey was removed, he certainly did a good job with it. I would say the only noticeable part that Ridley Scott digitally removed or replaced Spacey was when he got off the train to speak in the desert scene. The rest was fine and didn’t take me out of the movie. I almost wish that Getty was more of a focus in the movie. This is a Ridley Scott film, but when watching it didn’t really feel like it. Didn’t feel like his type of movie he would direct. It’s a good thriller and was intense at times, but seemed like anyone could have done this story. It’s now a TV series airing on FX as well.

The DVD and Digital have some bonus features. I couldn’t access the extras on Vudu but were available on Movies Anywhere. I ended up just watching them on the DVD since you had to click on individual deleted scenes and couldn’t play them all at once. The best featurette was one about Kevin Spacey getting replaced with Plummer. Ridley and crew talk about the technical aspects of it and the cast talk briefly about why it was necessary. The DVD’s digital code wasn’t in HD, which was disappointing. SD is okay but I prefer owning things on HD.

All The Money In the World was a good movie but I think most people will probably remember the movie that Kevin Spacey got digitally removed and replaced by Christopher Plummer. It will also be the movie that brings up the wage gap between women and men as well. I think once people will get pass that stuff, they will see a good movie by legendary Ridley Scott.

Bottom Line: An exciting thriller that will probably only be remembered for all the behind the scenes drama
Running Time: 133 mins
Rating: R
Extras Rating:
Overall Rating: