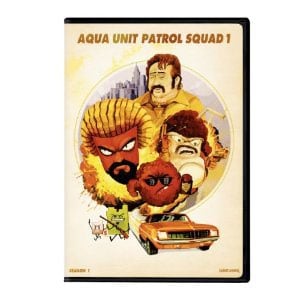 Aqua Teen Hunger Force’s final season is included on this DVD but now the show is known as Aqua Unit Patrol Squad 1. Honestly, nothing is different besides the obnoxious theme song. If you can’t sleep and want to watch random, obscure and absurd comedy than this DVD is for you.

After 100 episode, the show was re-branded as Aqua Unit Patrol Squad 1 for some reason. AUPS1 first two episodes is about Master Shake getting frozen 9 years into the future so he can stop crime then. He wakes up to find something humping his face for 9 years, and then sees a bunch of people getting killed by lightning bolts from the sky. There’s not much else to say as far as plots because trying to explain anything from this show will just make your head spin. One disc is AUPS1 and the other is ATHF the final volume and the Terror Phone 3 thing.

From not seeing ATHF/AUPS1 for awhile, it was nice to see the series again. It’s just something to put on when there’s not much else on TV or having trouble sleeping at night. I could watch Master Shake acting like an idiot or simply just talking all day long. I say the same thing about Dana Snyder’s character on Venture Brothers. He might give some people headaches but I love that character. Meatwad is adorable and Carl is funny too. Frylock is the only character I can’t stand and don’t think he’s a good character. I think I liked the AUPS1 episodes more than ATHF episodes. Something about them that had me laughing at what was happening. ATHF stuff was just kind of eh.

The Aqua Unit Patrol Squad 1 episodes look best on DVD and honestly, I didn’t know I was watching a DVD on my LED TV. The ATHF episodes I could tell though. Did the animation and quality improve from season to season? Not sure. But anyway, If you have the other DVDs of the series, this is another one to own because it’s pretty damn funny! 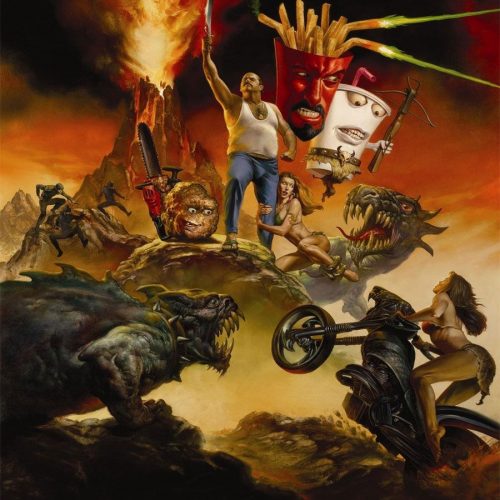