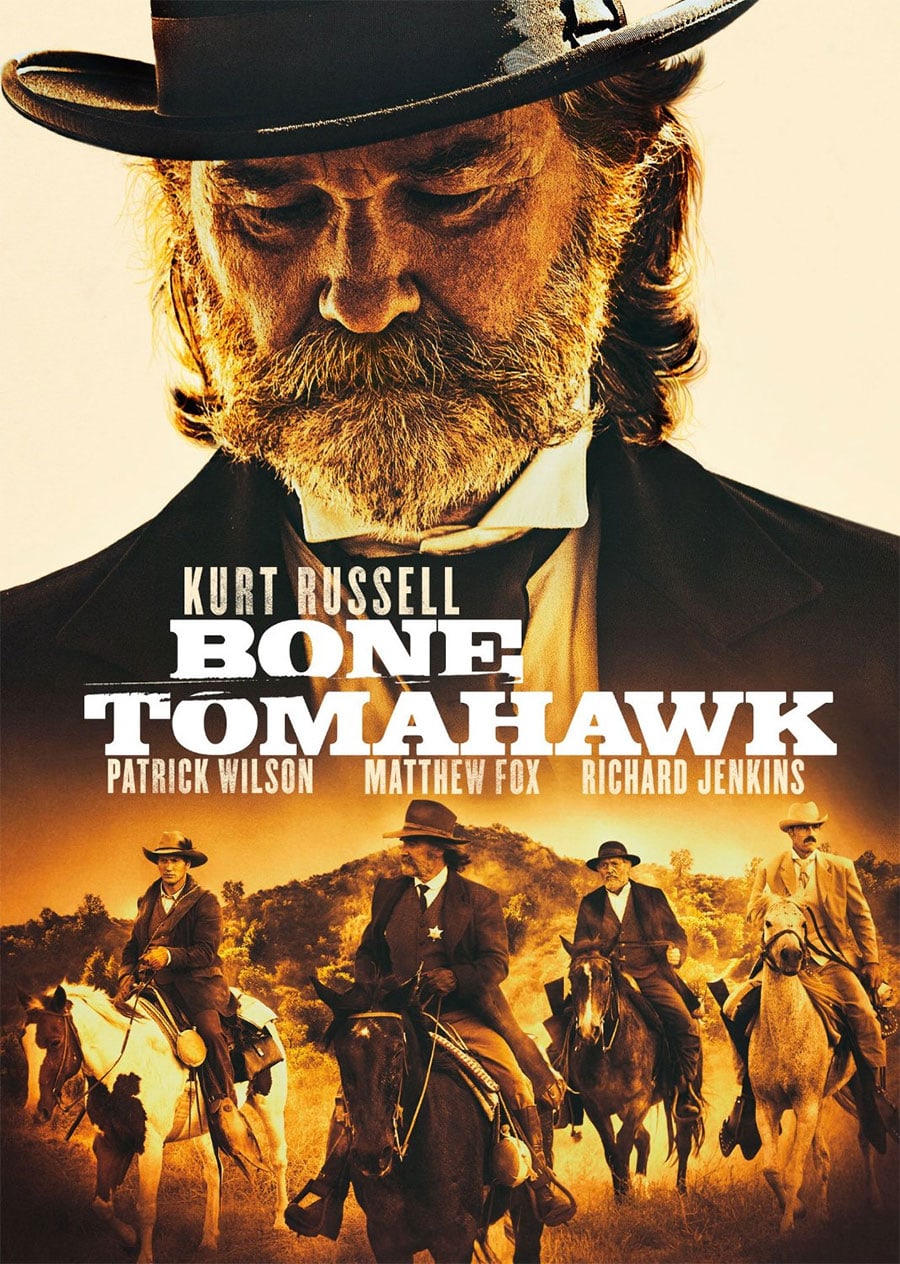 You don’t often hear of a horror western movie too often. Bone Tomahawk is mostly a western but with some gruesome deaths. The movie has an indie feel to it as well but with a great cast. I just wish it was a little shorter.

The film is about a small town called Bright Hope and takes place in the 1890s. When a group of cannibalistic savages capture settlers from the town, Sheriff Franklin Hunt (Kurt Russell) and a few others go out to get them back. Along with the Sheriff is his backup Deputy, Chicory (Richard Jenkins), an educated womanizer (Matthew Fox) and Arthur (Patrick Wilson), who has a broken leg and his wife was one of the people that got taken. What they don’t realize that these cannibals are far more dangerous than they realize.

I like lots of westerns and this was a different type of western film in parts. It was still slow going for a lot of it like other westerns but what made it different was the way people died in it. The last half hour was particularly rough for me, who doesn’t take horror very well. The deaths were pretty gruesome to the point where one guy was getting tortured so badly, I had to fast forward. I can tolerate things on The Walking Dead but when it’s just a ten minute scene where someone is getting scalped and split open, that makes my stomach turn.

The movie has a great cast, with Kurt Russell sporting his handlebar mustache (plus a beard) he wears in Tarantino’s The Hateful Eight. People seemed to like Richard Jenkins’ character but honestly, it was hard to hear his dialogue half the time. I don’t know what it is, but whatever Matthew Fox stars in now, I just think he’s going to scream “WE HAVE TO GO BACK KATE!” Even with the mustache he had, I still thought that. The movie felt really long to me and that’s because half the time they are walking or travelling somewhere. I thought they could have cut out at least a half hour since a lot of the things that happen in the middle don’t really mean anything to the overall story. That’s my thinking on that anyway. It’s a decent western film with a good cast and script but people with weak stomachs like myself, might want to stay away or have that finger on the fast forward button.

The DVD I got to review has a making of featurette, a delete scenes, a gallery and a Q&A with the director and cast at Fantastic Fest. Not a whole lot to watch after the movie but at least there’s something on here.