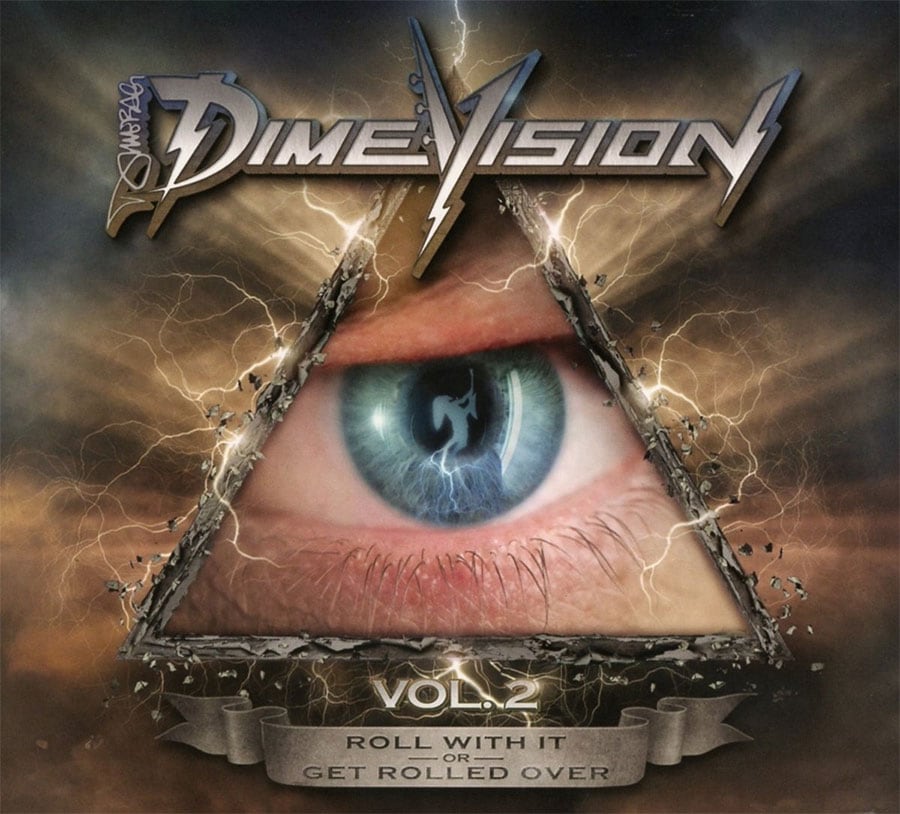 Somewhat of a early Christmas gift, the family and friends of the infamous Pantera/Damageplan guitarist Dimebag Darrel decided to finally go back through more of the mountains of footage to produce another career spanning DVD of not only Dime’s musical legacy and countless years on the road playing, but his pranking and party side as well. For those unfamiliar, before the fine folks at Jackass graced us with their inhumane pranks, Dime and company had documented all Pantera tours and released collections of them in the form of the Pantera home videos. Totaling at 3 videos with a mix of live clips, pranks, music videos, interviews and even more shenanigans, it gave you a great look at life on the road. Unfortunately, Pantera disbanded and they put any chance of a 4th video to bed, but kept the legacy alive filming during the Damageplan era. More unfortunate circumstances with the untimely death of Dime lead to the posthumous release of Dimevision Vol 1: That’s The Fun I Have which was a great celebration of the life and legacy of Dime.

Much like the first release, the content really is the feature presentation, so if you were expecting fancy chapter breaks and extras, you’ll be disappointed. It’s just a title screen that says “play,” but then again it took a second release of the Pantera home video DVD set to add chapter breaks. Since this was filmed on camcorders ranging from the 80s to early 2000s, I’d say don’t expect some amazing Dolby surround sound experience either. The main feature, which the soundtrack is provided by Dime (we’ll get to that in a bit), follows the adventures and misadventures with footage from hanging out the house to out on the road. There’s clips dating back to Pantera’s early years with some great clips of Dime shredding early on.

A clip of “P.S.T.88” is performed in full from a club show which leads me to believe maybe it wouldn’t hurt for Pantera to finally unearth those earlier pre ‘Cowboys’ albums. Aside from that and the various firework wakeups at Dime’s house, a great collection of clips from the various DimeBash/Ride For Dime tribute/benefit shows is included with a who’s who of rock/metal ranging from Dave Grohl, to members of Pantera, Metallica, Sebastian Bach, Disturbed, Alice in Chains and more. Also included are some segments with fan pics and Dime Tattoos that were really cool to look at. The DVD closes with Dime going through a line and getting and saying “FOUR” which is their way of segueing to the recently announced news that they’ll finally be pulling together the finishing touches and releasing that 4th Pantera video they shelved 15 years ago.

Would be remised if we didn’t talk about the 5 song EP included on this DVD/CD package. For the most part, aside from “Twisted” which appeared on a Guitar World magazine compilation, these are all unreleased tunes that were pretty much all written and played by Dime. With the exception of drums on “Let’s Go!,” “Ain’t No Struggle” and “Whiskey Road” that were played by Johnny “[email protected],” the vocals, bass and drums were all Dime. While Sterling Winfield’s (Sterling is responsible for rescuing these tracks from obscurity and cleaning them up for this release) notes in the booklet stress these songs aren’t Pantera, “Twisted” and “Let’s Go!” sound very much like they could very well lean towards Pantera B-side material, in fact twisted reminded me of Pantera’s “Where You Come From.”

“Ain’t No Struggle” borrows heavily from Dime’s love of King’s X, and interestingly enough was recorded with a Parker guitar and a Thunderbird bass he bought from Lemmy, which explains that gnarly bass tone. Next up is an unexpected surprise, an 80s style synth pop song with “True.” Yes, you read the right, an 80s styled synth pop song, and believe it or not, it’s great! Honestly an early favorite of the EP, it’s very catchy! Closing out the album is the epic rocker “Whiskey Road” that is sure to fade out with a few tears after realizing what a great guitarist and personality we’re missing in today’s music scene.

Bottom Line: Despite it’s home video looks, this is a great way to keep Dime’s legacy alive, and the EP alone is worth the purchase.
Running Time: 83 Minutes
Rating: N/R
Overall Rating: