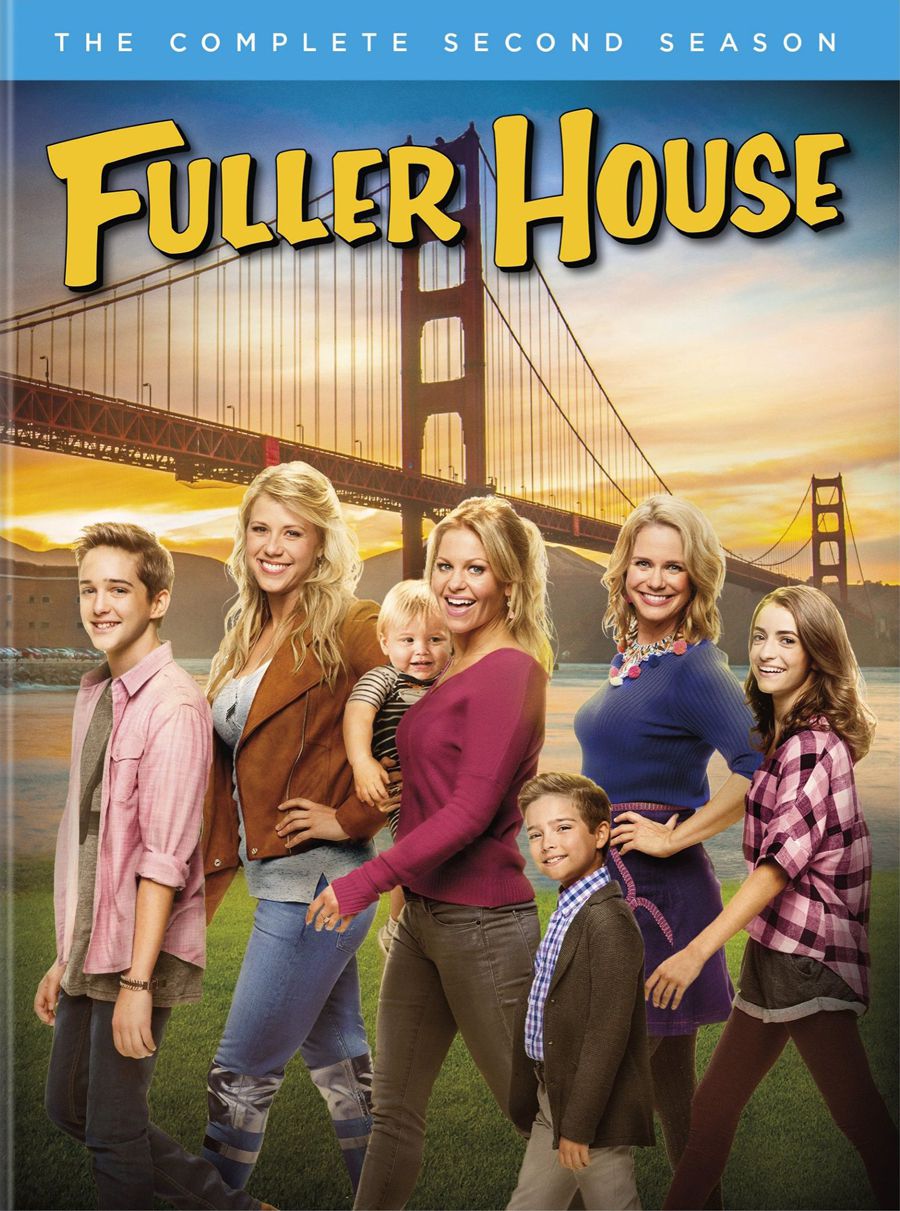 “Fuller House Season 2” continues the wacky adventures of the grown up Tanner clan as they continue to deal with relationship problems, over imaginative children and family members with mid-life crisis. The second season of the heartwarming and hilarious family comedy Fuller House returns with 13 episodes on DVD, featuring guest appearances by original cast including John Stamos, Bob Saget and Dave Coulier.

“Full House” is a show that both my wife and I grew up watching in the 80s and 90s and continue to watch every night that it is on in syndication. We were both somewhat excited and skeptical to hear of the new series continuing on years later. Season 1 of “Fuller House” was definitely fun and different and it was interesting to see where the Tanner girls and the rest of the immediate family and friends would up in life but it did have quite a few cringe-worthy canned laughter moments to go along with the overall goofy tone of the show.

Season 2 took the zaniness and goofiness and cranked it up to overload. The entire first half of the season was almost unwatchable for me as it seemed to focus way too much on the newer generation of Tanner and Gibler kids as they fretted about their first kiss, joined the football team to much stupidity or cried and whined about the Halloween party.

The second half of the season got better as, with most nostalgia-based shows, they brought back old cast members as well as gave the viewers insight into what certain characters were up to nowadays. The episode simply titled “DJ and Kimmy’s High School Reunion” brought back characters from the later seasons of “Full House” such as Duane, Nelson and Viper.

While you can look back on “Fuller House” through rose-colored glasses and reminisce about the things that made the original show so great, that’s not to say that things about “Fuller House” aren’t great as well. Surprisingly for me, Kimmy (Andrea Barber) has actually become one of my favorite characters. Candace Cameron Bure and Jodie Sweetin make great leads for the show and the addition of Matt (John Brotherton) and Steve (Scott Weinger) round out a core cast that definitely have their moments and keep the show light-hearted, funny and interesting.

The DVD set release is very basic with no additional features on the two-disc set other than the 13 episodes that comprise season 2. It would have been nice to see some behind the scenes stuff like making of clips or bloopers and such.

“Full House” seems to have become a polarizing show as it seems with most 80s and 90s sitcoms. You either loved it or you hated it. I’ve always loved it and while “Fuller House” doesn’t quite come close to tapping into the emotional bond and feelings of connection to the original Tanner crew, it’s beginning to add to the legacy of that mixed up family of 9 (+ Kimmy) that made you wish that you had a cool uncle like Jesse or a goofy friend like Joey…or a wife like Becky! While season 2 was hit or miss quite a lot, I believe that if you give if a few more seasons it’ll establish itself in people’s hearts much like the original show did once it caught its stride.

Bottom Line: While season 1 of “Fuller House” was a good step in the right direction, season 2 took a turn away from what made the original show so great. It’s usually a good thing to focus on newer characters as well as older characters to create a good balance, season 2 focused way too much on the newer generation of kids on the show and the bottom line is…they’re just not likable.
Running Time: 365 Mins
Rating: Not Rated
Extras Rating:
Overall Rating: