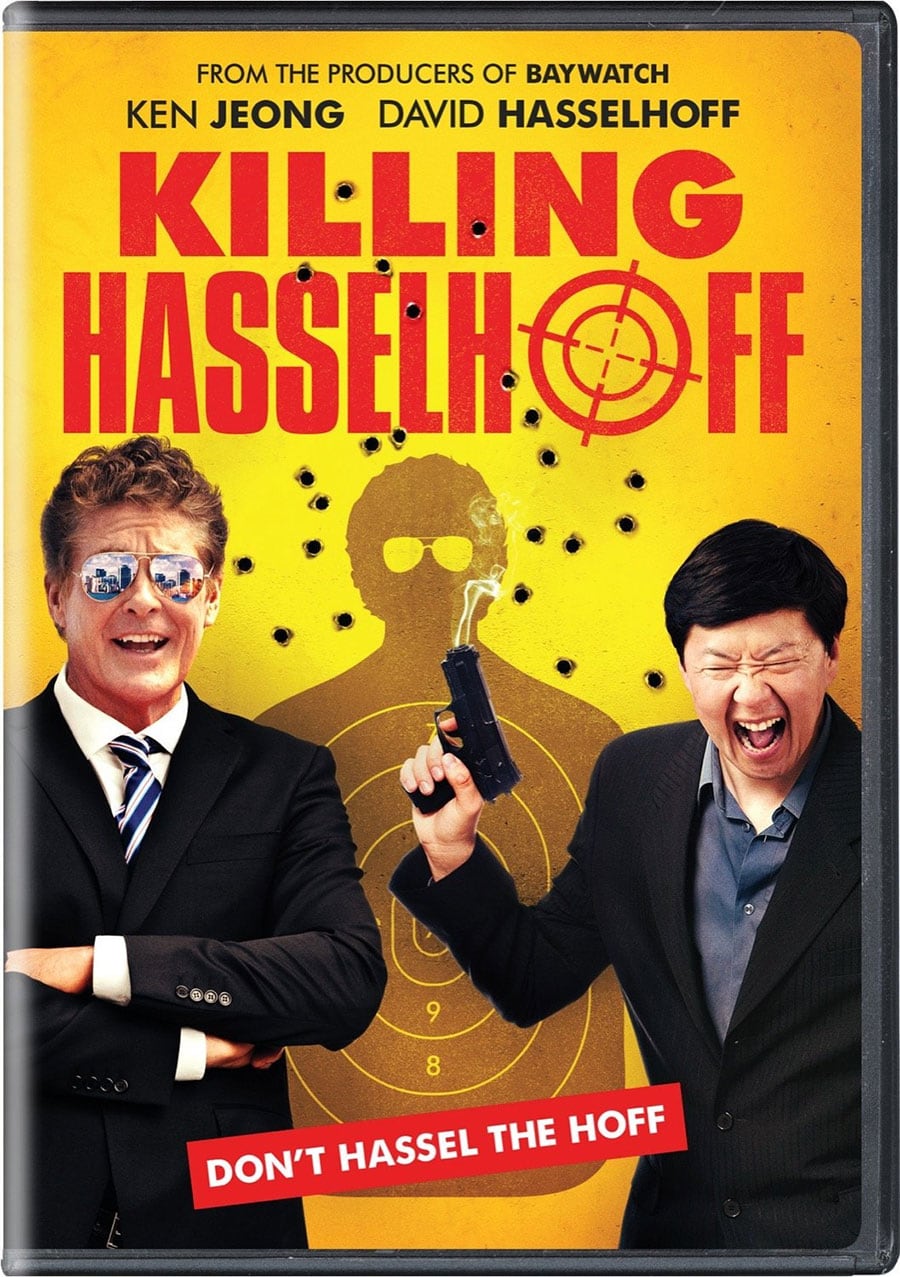 “You’re probably wondering how I got here.” Actually, no I wasn’t. Ken Jeong stars in this comedy of sorts that revolves around a celebrity death pool. Playing Chris Kim, owner of the nightclub Habitat, has his money riding on David Hasselhoff being the first celeb in the pool to meet their untimely end. The ‘pool’ party is hosted by his friend whom makes reality shows played by Jim Jeffries. In a twist of irony, Chris Kim is set to host an after party for David Hasselhoff but on the after show, limo ride has a change of plans. A series of odd events ensue with a ton of other cameos by the likes of Jon Lovitz, Justin Bieber, Michael Winslow, Will Sasso and more. The movie concludes with a big standoff scene as well as a Hasselhoff/Jeong music video of sorts at the club.

For starters, I had heard about this movie in the past. Tagged as a WWE production, without watching the deleted scenes, you’d have no idea it was considering WWE always tries to feature at least one star in these. Originally given the working title of ‘Celebrity Death Pool’, the opening scene originally featured Hulk Hogan which at the time presented a bit of a challenge considering several tapes that had surfaced of Hogan using racial slurs prompting the studio to remove the scene entirely from the movie. While they didn’t reshoot the movie, you can still find the entire deleted scene on the disk, along with other cameos like 2 featuring Howie Mandel that for some reason didn’t make the cut. Also noteworthy with this being a WWE Studios production, it seems to follow the poor writing model their wrestling has been following for the past few years; giving way to a very directionless story. Parts just don’t add up, like the child star in the club scene or even the sad somewhat homophobic hitman scenes were pretty cringeworthy.

Another challenge with this movie is it’s marketed as a comedy and it’s not really funny at all. I’d probably say the funniest it gets is when Ken Jeong’s character goes to visit “Fish” played by Rhys Darby (whom you may know from Flight of the Conchords) why Fish goes over his list, delivered in Rhys’ great comical tone. I don’t think there’s a single thing Jim Jeffries did in this entire movie that made me laugh. It became pretty clear they blew most of the budget on getting stars and renting exotic house locations than investing in a coherent story that was funny. It reminded me a lot of those “…from the makers of Scary Movie” deals, and maybe if anything it’s the best way to describe this.

Additionally, the soundtrack itself to the movie is seemingly full of “we couldn’t get the rights to this song, so here’s a rip off of that…” which isn’t really that far of a stretch for WWE considering a lot of it’s older programming from WCW and ECW features replaced theme music, opting to not pay the proper fees for licensing.

As previously mentioned the deleted scenes present a different take of what the movie was, featuring somewhat of a competition to get their given celebrity “offed” faster to collect. This subplot would have added a little more sense and would’ve made the Howie Mandel cameo a little less meaningless. Overall this isn’t really anything ground breaking, but if you’re bored on a Saturday, this isn’t a complete waste of time, but it’s also not super rewarding.

Bottom Line: If this is on Comedy Central I’d probably watch, but I wouldn’t go out of my way to watch it. With a cast like this, you’d think it would be funnier.
Running Time: 81 mins
Rating: R
Extras Rating:
Overall Rating: