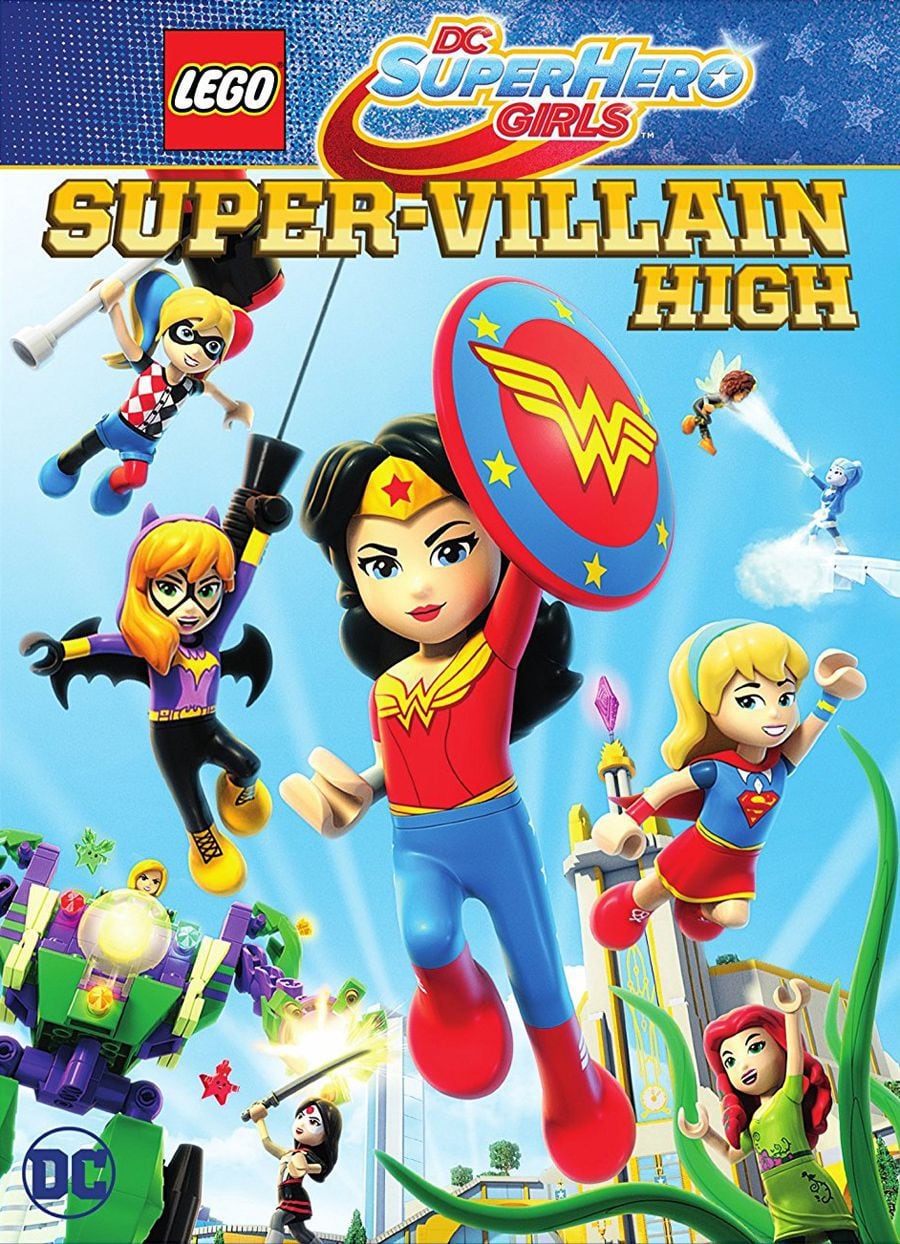 With a new school in town persuading some of the more “villainous” students at Super Hero High to transfer over for some hands on training, Batgirl, Supergirl, Wonder Woman and a new female Green Lantern must try to prevent their friends from doing something that they’ll regret.

Following up the release of “Brain Drain”, “Lego DC SuperHero Girls: Super-Villain High” picks up shortly after the events of that movie with Lena Luthor, having been defeated by the SuperHero girls, plotting her next nefarious plan to get revenge and cause chaos among the girls and their friends. With a plan to lure troublemaking students like Killer Frost, Poison Ivy and Cheetah to a more hands-on school called Super-Villain High in order to secretly steal objects for her evil plans of world domination…unbeknownst to them, Lena Lane poses as Principal Amanda Waller in order to kickstart her schemes.

With the “Lego DC SuperHero Girls” animated series as well as past movies, the antics are G-rated and aimed for pre-teen and younger teen girls with themes of friendship, loyalty and understanding reigning supreme. There is a Lego humor in abundance as well as a lot of references to DC characters and shows such as Khary Payton and Greg Cipes voicing Cyborg and Beast Boy respectively.

“Lego DC SuperHero Girls: Super-Villain High” has a specific audience and it doesn’t stray far from keeping with themes that would interest that target audience. There isn’t much there for an adult audience that isn’t sitting down and watching this with their children other than the occasional Lego animated/video game trope. That being said, the movie is lighthearted and is an interesting take on an Earth within the DC multiverse in which every superhero or villain goes to a high school run by Amanda Waller and Gorilla Grodd.

Bottom Line: A kid-friendly Lego adventure in a world where superheroes and heroines go to high school and do things like shop, hang out and save the world from nefarious schemes. While it has the feel of a Lego animated adventure at some points, for the most part it was lacking in humor and a sensible plot.
Running Time: 78 Mins.
Rating: Not Rated
Extras Rating:
Overall Rating: